Deforestation: Compromises of a Growing World

With the world growing at a pace hard to match, the increasing need for space is turning out to be an area of concern. With desperate need for land for agricultural, industrial and most importantly urban needs to contain cities and their growing population, a direct action that we have come to recognize as “Deforestation” occurs. Deforestation in simple term means the felling and clearing of forest cover or tree plantations in order to accommodate agricultural, industrial or urban use. It involves permanent end of forest cover to make that land available for residential, commercial or industrial purpose.

Over the last century the forest cover around the globe has been greatly compromised, leaving the green cover down to an all time low of about 30 per cent.  According to the United Nations Food and Agriculture Organization (FAO), an estimated 18 million acres (7.3 million hectares) of forest are lost each year.

Deforestation can also be seen as removal of forests leading to several imbalances ecologically and environmentally. What makes deforestation alarming is the immediate and long term effects it is bound to inflict if continued at the current pace. Some predictions state that the rainforests of the world will be destroyed completely if deforestation continues at its current pace. 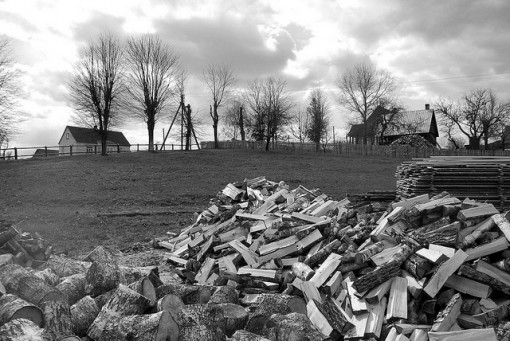 Deforestation or clearance occurs due to several reasons, to get an overview we could include the need of money, both in terms of profitability as well as providing for one’s family in most scenarios, along with lack of or no forest laws, need for land space for housing etc among a long list of other uses. Mainly blamed on agricultural or pastoral use, farmers fell trees for increasing space for cultivation and/or as fodder land for grazing and surviving live stock. The whole concept of ‘slash and burn’ agriculture, is used to indicate this same process where farmers employ the above chain of actions for their purposes.

1. Agricultural Activities: As earlier mentioned in the overview, agricultural activities are one of the major factors affecting deforestation. Due to overgrowing demand for food products, huge amount of tress are fell down to grow crops and for cattle gazing.

2. Logging: Apart from this, wood based industries like paper, match-sticks, furniture etc also need a substantial amount of wood supply. Wood is used as fuel both directly and indirectly, therefore trees are chopped for supplies. Firewood and charcoal are examples of wood being used as fuel. Some of these industries thrive on illegal wood cutting and felling of trees.

3. Urbanization: Further on order to gain access to these forests, the construction of roads are undertaken; here again trees are chopped to create roads. Overpopulation too directly affects forest covers, as with the expansion of cities more land is needed to establish housing and settlements. Therefore forest land is reclaimed.

4. Desertification of land: Some of the other factors that lead to deforestation are also part natural and part anthropogenic like Desertification of land. It occurs due to land abuse making it unfit for growth of trees. Many industries in petrochemicals release their waste into rivers which results in soil erosion and make it unfit to grow plants and trees.

5. Mining: Oil and coal mining require considerable amount of forest land. Apart from this, roads and highways have to be built to make way for trucks and other equipment. The waste that comes out from mining pollutes the environment and affects the nearby species.

6. Forest Fires: Another example would be forest blazes; Hundreds of trees are lost each year due to forest fires in various portions of the world. This happens due to extreme warm summers and milder winters. Fires, whether causes by man or nature results in huge loss of forest cover.

1. Climate Imbalance: Deforestation also affects the climate in more than one ways. Trees release water vapor in the air, which is compromised on with the lack of trees. Trees also provide the required shade that keeps the soil moist. This leads to the imbalance in the atmospheric temperature further making conditions for the ecology difficult. Flora and fauna across the world are accustomed to their habitat. This haphazard clearance of forests have forced several of these animals to shift from their native environment. Due to this several species are finding it difficult to survive or adapt to new habitats.

3. Soil Erosion: Also due to the shade of trees the soil remains moist. With the clearance of tree cover, the soil is directly exposed to the sun, making it dry.

4. Floods: When it rains, trees absorb and store large amount of water with the help of their roots. When they are cut down, the flow of water is disrupted and leads to floods in some areas and droughts in other.

5. Wildlife Extinction: Due to massive felling down of trees, various species of animals are lost. They lose their habitat and forced to move to new location. Some of them are even pushed to extinction. Our world has lost so many species of plants and animals in last couple of decades. 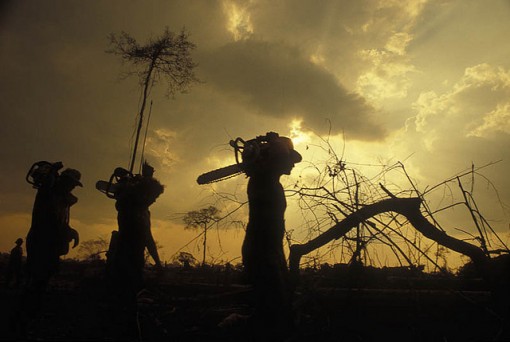 1. The best solution to deforestation is to curb the felling of trees, by employing a series of rules and laws to govern it. Deforestation in the current scenario may have reduced however it would be too early to assume. The money-churner that forest resources can be, is tempting enough for deforestation to continue.

2. Clear cutting of forests must be banned. This will curb total depletion of the forest cover. It is a practical solution and is very feasible.

3. Land skinned of its tree cover for urban settlements should be urged to plant trees in the vicinity and replace the cut trees. Also the cutting must  be replaced by  planting young trees to replace the older ones that were cut. Trees are being planted under several initiatives every year, but they still don’t match the numbers of the ones we’ve already lost.

Conserve Energy Future is a participant in the Amazon Services LLC Associates Program, an affiliate advertising program designed to provide a means for sites to earn advertising fees by advertising and linking to Amazon.com. Amazon and the Amazon logo or trademarks of Amazon.com, Inc. or its affiliates.
479 Shares
Copy link
CopyCopied