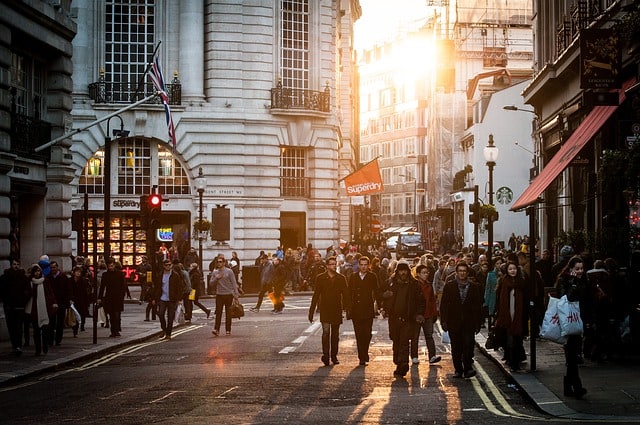 Urbanization is a process whereby populations move from rural to urban areas, enabling cities and towns to grow. It can also be termed as a progressive increase in the number of people living in towns and cities. It is highly influenced by the notion that cities and towns have achieved better economic, political, and social mileages compared to rural areas.

Accordingly, urbanization is very common in developing and developed worlds as more and more people have the tendency of moving closer to towns and cities to acquire “privileged” social and economic services as well as benefits. These include social and economic advantages such as better education, health care, sanitation, housing, business opportunities, and transportation.

“Urbanization (or urbanisation) refers to the population shift from rural to urban areas, the decrease in the proportion of people living in rural areas, and the ways in which societies adapt to this change. It is predominantly the process by which towns and cities are formed and become larger as more people begin living and working in central areas.“

The majority of people move to cities and towns because they view rural areas as places with hardship and backward/primitive lifestyles. Therefore, as populations move to more developed areas (towns and cities) the immediate outcome is urbanization.

This normally contributes to the development of land for use in commercial properties, social and economic support institutions, transportation, and residential buildings. Eventually, these activities raise several urbanization issues.

To learn more about urbanization, here are its causes, effects, and solutions.

Industrialization is a trend representing a shift from the old agricultural economics to a novel non-agricultural economy, which creates a modernized society. Through the industrial revolution, more people have been attracted to move from rural to urban areas on account of improved employment opportunities.

The industrialization has increased employment opportunities by giving people the chance to work in modern sectors in job categories that aids to stir economic developments.

Commerce and trade play a major role in urbanization. The distribution of goods and services and commercial transactions in the modern era has developed modern marketing institutions and exchange methods that have tremendously given rise to the growth of towns and cities.

Commercialization and trade come with the general perception that the towns and cities offer better commercial opportunities and returns compared to the rural areas.

On this account, more and more people are prompted to migrate into cities and towns to obtain a wide variety of social benefits and services which are unavailable in rural areas.

In cities and towns, there are ample job opportunities that continually draw people from rural areas to seek a better livelihood.

Therefore, the majority of people frequently migrate into urban areas to access well-paying jobs as urban areas have countless employment opportunities in all developmental sectors such as public health, education, transport, sports and recreation, industries, and business enterprises.

Services and industries generate and increase higher value-added jobs, and this leads to more employment opportunities.

5. Modernization and Changes in the Mode of Living

In urban areas, people also embrace changes in the modes of living namely residential habits, attitudes, dressing, food, and beliefs. As a result, people migrate to cities and the cities grow by absorbing the growing number of people day after day.

As localities become more fruitful and prosperous due to the discovery of minerals, resource exploitation, or agricultural activities, cities start emerging as the rural areas transform into urbanism. The increase in productivity leads to economic growth and higher value-added employment opportunities.

As this takes place, rural communities start to adopt the urban culture and ultimately become urban centers that continue to grow as more people move to such locations in search of a better life.

Effects of Urbanization on Our Cities

Urbanization yields several positive effects if it happens within the appropriate limits. Some of the positive implications of urbanization, therefore, include the creation of employment opportunities, technological and infrastructural advancements, improved transportation and communication, quality educational and medical facilities, and improved standards of living. However, extensive urbanization mostly results in adverse effects. Below listed points are a few of them.

Urbanization attracts people to cities and towns which leads to a high population increase. With the increase in the number of people living in urban centers, there is a continued scarcity of houses.

This is due to insufficient expansion space for housing and public utilities, poverty, unemployment, and costly building materials which can only be afforded by a few individuals.

Overcrowding is a situation whereby a huge number of people live in a small space. This form of congestion in urban areas is consistent because of overpopulation and it is an aspect that increases day by day as more people and immigrants move into cities and towns in search of a better life.

Most people from rural or undeveloped areas always have the urge of migrating into the city that normally leads to congestion of people within a small area.

The problem of joblessness is highest in urban areas and it is even higher among educated people. It is estimated that more than half of unemployed youths around the globe live in metropolitan cities.

And, as much as income in urban areas is high, the costs of living make the incomes seem horribly low. The increasing relocation of people from rural or developing areas to urban areas is the leading cause of urban unemployment.

The cost of living in urban areas is very high. When this is combined with random and unexpected growth as well as unemployment, there is the spread of unlawful resident settlements represented by slums and squatters.

The growth of slums and squatters in urban areas is even further exacerbated by fast-paced industrialization, lack of developed land for housing, a large influx of rural immigrants to the cities in search of a better life, and the elevated prices of land beyond the reach of the urban poor.

Because of overpopulation and rapid population increase in most urban centers, it is common to find there are inadequate sewage facilities.

Municipalities and local governments are faced with serious resource crisis in the management of sewage facilities. As a result, sanitation becomes poor and sewages flow chaotically, and they are drained into neighboring streams, rivers, lakes, or seas.

7. Poor Health and Spread of Diseases

When more people move to towns and cities, one of the major challenges posed is in the transport system. More people means an increased number of vehicles which leads to traffic congestion and vehicular pollution.

Many people in urban areas drive to work and this creates a severe traffic problem, especially during rush hours. Also as the cities grow in dimension, people will move to shop and access other social needs/wants which often cause traffic congestion and blockage.

Issues of lack of resources, overcrowding, unemployment, poverty, and lack of social services and education habitually lead to many social problems including violence, drug abuse, and crime.

Most of the crimes such as murder, rape, kidnapping, riots, assault, theft, robbery, and hijacking are reported to be more prominent in the urban vicinities. Besides, poverty-related crimes are the highest in fast-growing urban regions. These acts of urban crime normally upset the peace and tranquility of cities/towns.

Governments should pass laws that plan and provide environmentally sound cities and smart growth techniques, considering that people should not reside in unsafe and polluted areas.

The objective here is to build sustainable cities that embrace improved environmental conditions and safe habitats for all urban populations.

Governments should also encourage sustainable use of urban resources and support an economy based on the sustainable environments such as investment in green infrastructure, sustainable industries, recycling and environmental campaigns, pollution management, renewable energy, green public transportation, and water recycling and reclamation.

The objective here is to provide and implement employment opportunities and wealth creation activities so that people can earn a living to pay for the maintenance of the services.

Subsidies can also be availed by the government to lower the costs of basic healthcare, basic education, energy, education, public transportation, communication systems and technology.

To lessen the negative effects of rapid urbanization while at the same time conserving natural ecosystems, private investments should be encouraged so as to utilize natural resources and create more job opportunities.

Tourism promotion and the sustainable exploitation of natural resources can create more jobs for urban populations. Subsidies and grants may as well be provided to foreign and private investment in environmentally friendly development projects that encourage job creation.

Medical health clinics oriented towards family planning options must be made accessible across the entire urban area with the objective of controlling diseases and population growth.