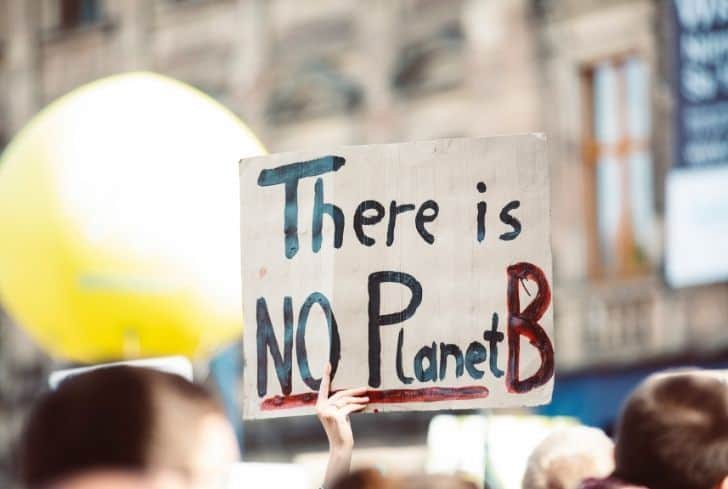 Climate change is real, and it is really something serious that people downplay a whole lot. The problem is that most people don’t really understand what it really is, and what causes it. The truth is, the climate is changing each and every day. There are many different problems that are leading to our climate change, some of them having to do with the Greenhouse Effect, and other changes are occurring due to human activity and solar irradiance. The earth is becoming hotter, whether we want to admit it or not. Here is what is happening.

First, we need to take a closer look at the Greenhouse Effect and gain a better understanding of it. When you do this, you will find that this is one of the main causes of the climate changes that are currently taking place.

The warming of our atmosphere is actually happening because the atmosphere is continuing to trap the heat that radiates from the earth and traps it between earth and space. There are gases that can play a part in the greenhouse effect, and most of these gases will actually block the heat. This is what happens to force climate change, and this is the part that we can’t do that much about- other than going green.

Here are a few of the gases that can play a part in climate change.  First, you will find water vapor. This is the most abundant gas that plays a part in the Greenhouse Effect. It increases because the earth is getting warmer, and it also makes more clouds and precipitation.

Carbon dioxide also plays an important role, even though it is one of the more minor components in our atmosphere. It can be found through a variety of different processes, including respiration, volcanic activity, deforestation, fossil fuel burning, and others. The carbon dioxide that is found in our atmosphere continues to increase, making the climate change much more prominent these days than before.

Next, you will find that methane gas also plays a part. This is a hydrocarbon gas that is produced through a variety of different processes and sources. It can be produced through the decomposition of trash in landfills, and can also be found a lot around places with a lot of domestic livestock. These gases are active in the greenhouse effect, leading to more climate change.

CFCs, or chlorofluorocarbons, which are basically synthetic compounds that are created in the industrial setting, also play a part. They are usually what play a part in the depletion of the ozone layer. The more the ozone layer is depleted, the hotter our earth will get.

Finally, you have nitrous oxide. This is another type of gas that is often formulated from the soil when it is cultivated. It is used in many of the fertilizers that you find in your local stores, and can also be formed by the combustion of fossil fuels and other processes. It is one of the other gases that have an impact on climate change.

A volcano releases a large amount of sulfur dioxide (SO2), water vapor, dust, and ash into the atmosphere when it erupts. These large volumes of gases and ash can trigger climate change by increasing planetary reflectivity causing atmospheric cooling. Aerosols are tiny particles that are produced by volcanoes. Aerosols remain in the atmosphere for only a few days and reflect solar energy back into space where they have a cooling effect on the world.

Variations in ocean currents can also influence climate change for short periods of time. Ocean currents move vast amounts of heat across the planet. Movement of cold water deep under the oceans towards the regions near the equator and movement of warm water near the equator back towards the pole play an important role in determining the atmospheric concentration of CO2.

The sun is the ultimate source of supply of energy for the earth’s climate system. A small change in the output of the sun’s energy can influence climate change. These changes include changes within the sun and changes in Earth’s orbit. Changes occurring in the sun can cause the climate to become warmer during periods of stronger solar intensity and cool during periods of weaker solar intensity.

Studies suggest that solar variations have played a role in past climate change. For example, the period between approximately 1650 and 1850 is known as “Little Ice Age” which may have been partially caused by low solar activity.

According to the Environmental Protection Agency, the most significant contributor to climate change in the United States is the burning of fossil fuels for electricity, heat, and transportation. The means of transportation such as cars, trucks, ships, trains, and planes emit the largest percentage of CO2 that is speeding up global warming and remaining a significant cause of climate change.

As per Fifth Assessment Report, the Intergovernmental Panel on Climate Change, a group of 1,300 independent scientific experts from countries all over the world under the auspices of the United Nations, concluded there’s a more than 95% probability that human activities over the past 50 years have warmed our planet.

Atmospheric carbon dioxide levels have risen from 280 parts per million to 414 parts per million in the last 150 years due to industrial activities on which our modern civilization depends. The panel also concluded there’s a better than 95% probability that human-produced greenhouse gases such as carbon dioxide, methane and nitrous oxide have caused much of the observed increase in Earth’s temperatures over the past 50 years.

Agriculture impacts climate change in many significant ways. From deforestation in places like the Amazon to the transportation and livestock that it takes to support agricultural efforts around the world, agriculture is responsible for a significant portion of the world’s greenhouse gas emissions.

Livestock in the form of cattle, sheep, pigs, and poultry play a significant role in climate change. According to one study, “Livestock and Climate Change,” livestock around the world is responsible for 51% of annual global greenhouse gas emissions.

Climate change can really have a lot of negative consequences. It is important to do something about it to help decrease the amount of change that occurs and make it not happen so fast. At some point, the earth will be too hot for people to live comfortably if we don’t make some changes. It is already having an impact on the plant and animal life, and if you really don’t want to see it get much worse- it is time to go green.

In the last couple of decades, excess rainfall, droughts, hurricanes and floods have become quite frequent. While few areas experience plenty of rainfall, then there are areas that face droughts throughout the year.

The greenhouse effect is necessary for all of us to survive on this planet. Still, an increase in greenhouse gases causes the temperature to rise, which can result in harmful effects to the ecology and environment. The increase in temperature of the atmosphere has resulted in the shrinking of Arctic ice.

The hot and dry conditions cause wildfires to spread across dense forests and make it a perfect recipe for disaster. They not only reduce green cover but also push forest animals towards higher altitudes. Animals that could not survive become extinct and gets their name registered in the list of endangered species.

The large amount of greenhouse gases released from industries, vehicles, and agricultural activities increases the concentration of CO2 and heats up the atmosphere. The increased temperature then causes heat waves and makes it difficult for people to survive.

Wildfires, deforestation, shifting habitat have caused several species to become extinct, pushed a few of them towards extinction, and the rest of them have migrated to some other place. If experts are to be believed, one-fourth of Earth’s species could extinct by 2050. In the last decade, the polar bear was added to the list of animals that could become extinct due to the rise in sea level.

Some parts of the earth are going to naturally be warmer than others, but as the climate changes, that means that so will these areas.  Warmer conditions may also lead to other areas not getting enough precipitation, and even some areas that may get more than they should.  It will also cause parts of glaciers to melt, which could lead to flooding in certain areas and could make the sea levels rise.

Prolonged heat waves, deforestation, wildfires, high temperatures have pushed plants and animals towards higher altitudes. The worst part is that most of them are not able to survive due to changing climatic conditions and have moved more towards extinction.

The continuous increases of greenhouses gases in the atmosphere have caused the temperature to rise, which is called a greenhouse effect. Though the greenhouse effect is necessary for the survival of all of us on this planet but an increase of these gases beyond a limit will only create harmful effects for us and this environment. During the last century, earth’s average temperature rose by 1 degree Fahrenheit which in itself is a cause of concern.

As you can see, climate change can really be a negative force on our planet earth. It is time for you to take a look at the things that can be done to help improve the environment and help to slow down the process of climate change. If we can do that, then the world will be able to be sustainable for much longer. That doesn’t mean that climate change is completely avoidable, though.

The first challenge is to forego fossil fuels by eliminating the burning of coal, oil and, eventually, natural gas. The alternatives are renewable energies like solar, wind, biomass and geothermal. So we must try to employ alternatives whenever possible such as plant-derived plastics, biodiesel, wind power and to invest in the change, be it by divesting from oil stocks or investing in companies practicing carbon capture and storage.

Buildings worldwide contribute around one-third of all greenhouse gas emissions (43% in the U.S. alone), even though investing in thicker insulation and other cost-effective, temperature-regulating steps can save money in the long run. The reduction of CO2 emissions from buildings caused by heating, air conditioning, hot water or lighting requires both to build new low energy buildings and to renovate the existing constructions.

Improved agricultural practices, along with paper recycling and forest management, means balancing the amount of wood taken out with the number of new trees growing that could eliminate GHG emissions significantly. Using natural resources in a better way, stopping massive deforestation as well as making agriculture greener and more efficient should be a priority.

Adopting responsible consumption habits is the easiest way to cut back on greenhouse gas emissions, be it avoiding consumption of meat, forgoing an automobile, carrying a reusable grocery sack, choosing the right clothing, and cosmetics or cleaning products. Simply buy less stuff. Cutting back on consumption results in fewer fossil fuels being burned to extract, produce and ship products around the globe. Last but not least, recycling is an absolute necessity for dealing with waste.