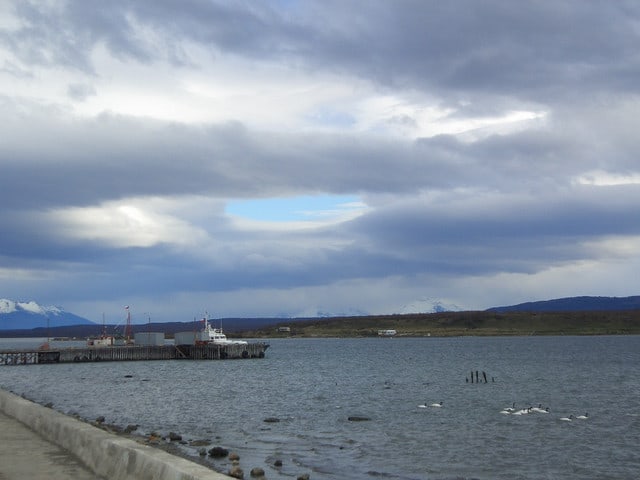 In the middle of the 20th century, a collective interest in the human effect on the environment had begun to emerge. Scientists were keenly observing how interference by society in the natural processes of Earth worked out. In the 1970’s, this research led to some interesting observations about the ozone layer and ozone hole of the Earth.

This layer is present in the atmosphere, and it prevents excessive UV radiation from entering into the Earth. It was noticed that there was a steady decline of the ozone in the stratosphere, which comprised of the ozone layer. They also noticed ozone depletion in larger amounts over the two poles of the earth, which is known as the ozone hole.

A layer of gas called ozone sits up around 25-30 kms above the earth’s surface. Ozone is made up of oxygen and is produced naturally in the atmosphere. As the presence of ozone gets reduced in the atmosphere, it causes the ozone layer to get thinner and thinner. The more ozone layer gets thin, the more the size of the ozone hole gets big.

The ozone layer is important because it prevents too many harmful ultraviolet rays from reaching the earth. Ultraviolet rays have the capability to destroy plants and animals and can cause skin cancer, cataracts to human beings. The existence of life on earth is possible only because of the presence of the ozone layer around the earth.

This ozone depletion was worrisome because it was taking place at an unprecedented rate.

“Ozone depletion describes two distinct but related phenomena observed since the late 1970s: a steady decline of about four percent in the total amount of ozone in Earth’s stratosphere (the ozone layer), and a much larger springtime decrease in stratospheric ozone around Earth’s polar regions.

The latter phenomenon is referred to as the ozone hole. In addition to these well-known stratospheric phenomena, there are also springtime polar tropospheric ozone depletion events.“

The destruction of the ozone layer is caused by one factor only, which is Cholorofluorocarbons. In the 1980s, scientists discovered the thinning of ozone in the lower stratosphere, and the dramatic ozone loss known as the “ozone hole” in the Antarctic spring (September and October).

The main cause of the ozone hole was found to be gases that contained Cholorofluorocarbons or CFCs (compounds with chlorine and/or fluorine attached to carbon), Halons(similar compounds with bromine or iodine) and Freons. Found commonly in aerosol cans and released by many electronic appliances, these were seen to decrease the level of ozone in the stratosphere. All of these gases contain chlorine, which is a major cause behind the thinning of the ozone layer.

See also  How Eco-friendly Products Can Improve Your Home

Stratospheric ozone is continuously produced by the action of the sun’s ultraviolet radiation on oxygen molecules known as photochemical reactions. Ozone is primarily created at tropical latitudes, but large-scale air circulation patterns in the lower stratosphere move ozone toward the poles, where its concentration builds up.

In addition to this global motion, strong winter polar vortices are also important to concentrating ozone at the poles. During the continuously dark polar winter, the air inside the polar vortices becomes extremely cold, which is a necessary condition for polar stratospheric cloud formation.

Polar stratospheric clouds create the conditions for drastic ozone destruction, as they provide a surface for chlorine to change into a form that destroys ozone. Until the sun comes up in the spring, they generally tend to last.

The destruction of the ozone layer is primarily caused when the amount of gases that contain chlorine begins to increase in the environment. As these gases rise upwards, they are exposed to UV light. This then causes a chemical reaction that creates chlorine atoms. These affect the atoms of ozone and cause ozone depletion.

Although the process has been taking place for several years, the ozone layer was repairing itself naturally. With the marked increase in the emission of these gases, the ozone hole above Antarctica is becoming a permanent part of the layer. Even though the damage is reversible, it will require several decades and a major reduction in emissions.

CFC’s are not washed back to the earth and are not even destroyed in reaction with other chemicals, which means that they can remain in the atmosphere for a large period of time may be from 20 to 120 years or more.

As a result, they are transported back to the stratosphere, where they are eventually broken down by UV rays from the sun, releasing free chlorine.

Stratospheric ozone also has natural processes that remove it from the atmosphere. Tiny sulfate particles (aerosols) blasted into the stratosphere by the volcanic eruption of Mount Pinatubo in 1991 caused measurable decreases in ozone for several years following the eruptions.

As of now, the ozone hole remains an area of interest for many. Even though the ozone hole present above the Antarctic is beginning to show signs of a decline, there are concerns regarding the long term effects.

In particular, many scientists are worried that the development of the same conditions in other parts of the world may cause large scale ozone thinning in the future, if not ozone depletion all together.

Effects of the Ozone Hole

Scientists have been able to determine the number of consequences related to ozone depletion. First is the increase of UVB (Ultraviolet B) light that enters into the atmosphere. This causes environmental damage.

The thinning of the ozone layer means getting directly in touch with ultraviolet rays. Ozone layer depletion increases the amount of UV that reaches the Earth’s surface. As per laboratory and epidemiological studies, UV causes non-melanoma skin cancer and plays a major role in malignant melanoma development, which can even lead to death. A decrease in 1% of the ozone layer can cause a 5% increase in cases of skin cancer.

Exposure to UV rays has also increased the cases of cataracts, a clouding of the eye’s lens, which in turn affects people’s vision and could also cause an increase in people becoming blind.

Depletion of the ozone layer and increase in UV rays can also cause damage to DNA, which can lead to mutation. Other effects are damage to skin cells, aging of skin etc.

In the animal kingdom, many species of animals have been found suffering from growing sunburn as a result of increased UV light. Certain crops will also be affected since they are dependent on cyanobacteria, which is quite sensitive to changing levels of UV radiation. On the other hand, it has also been found that the increased levels allow for the production of more Vitamin D in the animal kingdom.

Phytoplankton and zooplankton are the base of aquatic food webs. Phytoplankton productivity is very sensitive to the amount of light in their environment, and increases in UV-B rays that greatly affect them. Exposure to solar UVB radiation affects both orientation and motility in phytoplankton, resulting in reduced survival rates for these organisms.

Scientists have demonstrated a direct reduction in phytoplankton production due to ozone depletion-related increases in UVB, which have far-reaching effects for all marine life.

UVB radiation has been found to cause damage to the early developmental stages of amphibians, fish, crab, shrimp, and other marine animals.

The most severe effects are decreased reproductive capacity and impaired larval development. Small increases in UVB exposure could result in a reduced population of small marine organisms with implications for the whole marine food chain.

Aquatic plants and animals are not even safe. UV rays can penetrate through water and can kill small plants and animals. If the ozone hole keeps on expanding, there would be very few plants, which means less food in the whole world.

Indirect changes caused by UVB, including changes in plant form, the way nutrients are distributed within the plant, timing of developmental phases and secondary metabolism may be equally or sometimes highly significant than damaging effects of UVB. These changes can have a severe impact on the plant’s competitive balance, herbivory, diseases, and biogeochemical cycles.

Increased UVB radiation could affect terrestrial and aquatic biogeochemical cycles, thus altering both sources and sinks of greenhouse and chemically important trace gases such as carbon dioxide, carbon monoxide, carbonyl sulfide, ozone, and other gases. These potential changes would contribute to biosphere-atmosphere feedbacks that mitigate or amplify the atmospheric concentrations of these gases.

Synthetic polymers, naturally occurring biopolymers, and some other commercial goods are adversely affected by UVB radiation. Today’s materials are somewhat protected from UVB by special additives. However, increases in UVB levels will accelerate their breakdown, restricting their longevity for outdoor use.

The effect of the ozone hole and the damage done to the layer is still not very well understood. Apart from the gradual decrease of the ozone layer all over the world, there is little quantifiable evidence of new holes appearing any time soon. Even so, a number of countries have been working towards mitigating the damage.

CFC’s commonly found in refrigerants, solvents, propellants, and foam-blowing agents have been banned, especially in aerosol cans and various electrical appliances. There have been many conventions held to discuss the methods that will slowly phase out the use of the gases.

The Montreal Protocol was agreed on in the 1980s, which was an international commitment to phase out ozone-depleting chemicals that was universally ratified by all countries that participate in the UN. However, this has been met with a great deal of resistance from industries that are based on the production and use of the gases.

However, the few known and verifiable effects seen within the environment has been a catalyst for change. One of the widespread and long-lasting effects has been public awareness of the environmental issues facing the planet.

As one of the first major human-made problems to be discussed on a public forum, it set the ground for public opinion and action on issues such as pollution, greenhouse gases, global warming and the climate crisis.

Because all sunlight contains some UVB, even with normal stratospheric ozone levels, it is always essential to protect your skin and eyes from the sun.

It also sparked off renewed research about how weather patterns and natural phenomena may be disturbed by small changes in the atmosphere. Ozone depletion is not as serious as it once was, but nonetheless, it has had an impact on the planet.

The ozone layer does not face rampant ozone depletion anymore, as most governments and environmental agencies have worked hard to reduce the emission of CFCs. This has proven to be a success and is the base for further work in reducing dangerous emissions.