What is the Greenhouse Effect?

Before we dig deep into the causes of greenhouse effect, it is important for us to know what is greenhouse effect. You must have heard of greenhouse effect during any debate on global warming. The light that we get from the sun helps to keep this planet warm. Of the 100% light that sun sends to earth, almost 30% sunlight is reflected back into the space by clouds, ice, snow, sand and other reflective surfaces, according to NASA. Only about 70% of the sunlight is absorbed by the oceans, the land and the atmosphere. The sunlight that falls on the Earth’s surface is used for different purposes. It can be used to produce solar energy, drying clothes, or by plants in the process of photosynthesis.

The Earth’s surface warms up during the day and cools down at night, releasing the heat in the form of infrared radiation IR out of the atmosphere into space. But before all these infrared radiation can escape out of the atmosphere into the space, they are absorbed by greenhouse gases (GHG’s) present in the atmosphere. The absorption of these radiations by greenhouse gases makes it possible to keep this planet warm for humans. Without Greenhouse effect, the temperature of this planet would be lesser by 30 degree Celsius and this would be too cold for us to survive.

Greenhouse gas pollution, through its contribution to global climate change, presents a significant threat to Americans’ health and to the environment upon which our economy and security depends.
-Gina McCarthy 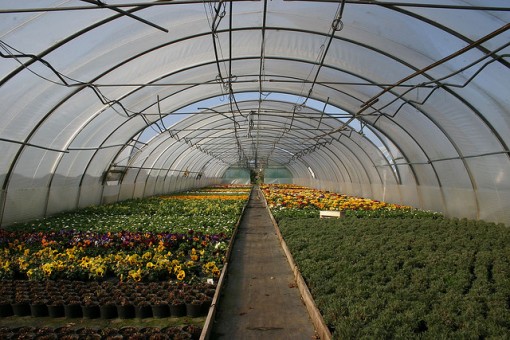 The major greenhouse gases (GHG’s) solely responsible for greenhouse effect are Carbon dioxide, Ozone, Methane and Water vapor. Although these gases comprise 1% of our atmosphere, they act like a thick warm blanket outside that surrounds this planet and regulate climate control. Greenhouse effect is not bad. In fact, it is needed for all of us to survive on planet Earth. In short, the greenhouse effect is nothing but a naturally occurring process designed by nature that aids in heating earth’s surface and helps to maintain ecological balance.

See also  How Do and How Much Landfills Contribute to Global Warming?

Now, while some of that heat dissipates into space, some of it burns along the atmosphere, and some of it penetrates the atmosphere and finds its way into the lower atmosphere and the planet’s surface. This in turn raises the average temperature of the Earth. Therefore, the increase in the Earth’s surface temperature due to increase in the number of greenhouse gases leads to global warming.

Causes of the Greenhouse Effect

1. Burning of Fossil Fuels: Fossil fuels like coal, oil and natural gas have become an integral part of our life. They are used on large basis to produce electricity and for transportation. When they are burnt, the carbon stored inside them is released which combines with oxygen in the air to create carbon dioxide. With the increase in the population, the number of vehicles have also increased and this has resulted in increase in the pollution in the atmosphere. When these vehicles run, they release carbon dioxide, which is one the main gas responsible for increase in greenhouse effect.

2. Deforestation: Forests hold a major green area on the planet Earth. Plants and trees intake carbon dioxide and release oxygen, through the process of photosynthesis, which is required by humans and animals to survive. Large scale development has resulted in cutting down of trees and forests which has forced people to look for alternate places for living. When the wood is burnt, the stored carbon in converted back into carbon dioxide.

3. Increase in Population: Over the last few decades, there have been huge increase in the population. Now, this has resulted in increased demand for food, cloth and shelter. New manufacturing hubs have come up cities and towns that release some harmful gases into the atmosphere which increases the greenhouse effect. Also, more people means more usage of fossil fuels which in turn has aggravated the problem.

4. Farming: Nitrous oxide is one the greenhouse gas that is used in fertilizer and contributes to greenhouse effect which in turn leads to global warming. 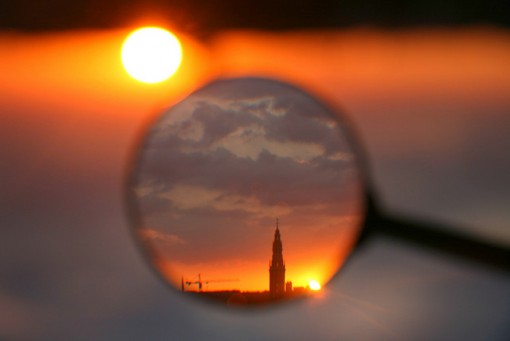 What Increased Greenhouse Gases Mean for us?

Increased greenhouse gases directly increase the heat on the planet’s surface and lower atmosphere. This has a rippling effect as it can thin and even create holes in the ozone layer. This means that other radiation like ultra violet (UV) rays can seep in from the Sun.

What this eventually means for life on Earth is that it will have to adapt to increasing temperatures. We already know that life is very adaptive, but we don’t know for how long the ozone will continue to be depleted or at what rate. More heat means more fossil fuels will be burnt to cool down the heat. The burning of these fossil fuels will again produce more greenhouse gases and affect the environment adversely.

Many scientists believe that global warming and increased greenhouse effect are simply part of a global cycle. It seems like Earth goes through these cycles every so often of warming and then cooling. It is very difficult to determine what effect man-made gases have on the ozone layer and the greenhouse effect when so much of naturally occurring systems cause numerous effects themselves.

If the Earth does not go into a cooling cycle within the next few hundred years, it is possible that life on Earth might be very difficult for the generations to come. Increase in heat and radiation may make going outside difficult or dangerous during the daytime. These increased energies could also affect entire ecosystem. If plants and animals cannot adapt quickly enough, we might see entire species becoming extinct from thermal changes alone.

All of this is a long way off, but it is still worth thinking about the legacy we may be leaving to the generations that follow us.