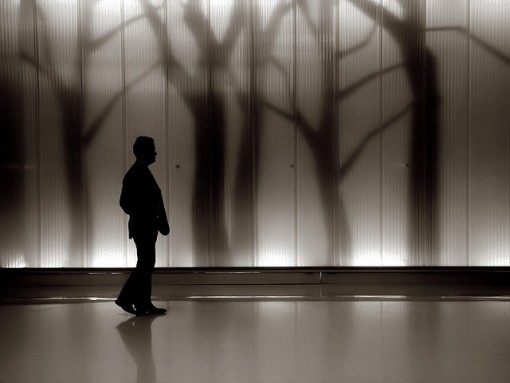 Deforestation or felling trees has become a favorite activity of man to extract assorted needs – be it medicines or precious paper to waste. For obvious reasons, it is shameful to read the statistics on how discriminating man has been, especially when it comes to deforestation… but in the end, there is always hope.

According to the United Nations Food and Agriculture Organization (FAO), an estimated 18 million acres (7.3 million hectares) of forest are lost each year. In the last two decades, Afghanistan has lost over 70% of its forests throughout the country. Read more facts about global warming, climate change and pollution here. Just check a few of the facts on deforestation below.

Deforestation is the conversion of forested areas to non-forest land for use, such as arable land, pasture, urban use, logged area, or wasteland. Deforestation can also be seen as removal of forests leading to several imbalances ecologically and environmentally and results in declines in habitat and biodiversity. Urbanization, Mining, Fires, Logging and Agricultural activities are a few of the causes of deforestation.

The UN Food and Agriculture Organization (FAO) defined deforestation as:

“The conversion of forest to another land use or the long-term reduction of the tree canopy cover below the minimum 10 percent threshold.”

Below are 70+ facts on deforestation

Fact 2: It is estimated that within 100 years, there will be no rainforests.

Fact 3: Agriculture is the leading cause of deforestation.

Fact 4: One and a half acres of forest are cut down every second.

Fact 6: If the current rate of deforestation continues, it will take less than 100 years to destroy all the rainforests on the earth.

Fact 7: The rate of deforestation equals the loss of 36 football fields every minute.

Fact 8: There are more than 121 natural remedies in the rain forest, which can be used as medicines.

Fact 10: The overexploitation of forests is making it extremely difficult to replant a new ecology.

Fact 11: 20% of the world’s oxygen is produced in the Amazon forest.

Fact 12: Up to 28,000 species are expected to become extinct by the next quarter of the century due to deforestation.

Fact 13: 25% of cancers fighting organisms are found in the Amazon.

Fact 14: 13 million hectares per year in South America and Africa and South East Asia is converted from a forest to agriculture land.

Fact 15: Deforestation has considerably stopped in places like Europe, the Pacific, North America and some parts of Asia due to a lack of agricultural land.

Fact 16: Half of the world’s tropical forests have already been cleared.

Fact 19: The total world forest loss to date is 7.3 million hectares per year.

Fact 20: 1.6 billion people across the globe depend on forest products for their livelihoods, thereby adding more to deforestation.

Fact 21: Almost half of world’s timber and up to 70% of paper is consumed by Europe, the United States and Japan alone.

Fact 24: Fuelwood in sub-Saharan African countries is consumed up to 200% times more than the annual growth rates of the trees. This is causing deforestation, lack of timber resources and loss of habitat for the species living in it.

Fact 25: Trees are essential constituents of the ecosystem that absorb carbon.

Fact 26: Soil erosion, floods, wildlife extinction, an increase in global warming, and climate imbalance are a few of the effects of deforestation.

Fact 27: Worldwide, more than 1.6 billion people rely on forest products for all or part of their livelihoods.

Fact 28: Tropical forests, where deforestation is most prevalent, hold more than 210 gigatons of carbon.

Fact 29: According to Forestry Department Food and Agriculture Organization of the United Nations, about half the world’s tropical forests have been cleared or degraded.

Fact 30: Tropical rainforests, which cover 6-7% of the earth’s surface, contain over half of all the plant and animal species in the world!

Fact 32: The world’s forests store 283 billion tons of carbon present in the biomass.

Fact 33: Money to save trees is majorly collected online.

Fact 34: One can save up to 20 square feet of a forest with online contributions, thereby conveniently prevent deforestation.

Fact 35: Over 4 million tons of junk are created online by spamming.

Fact 36: 41 pounds of these junk emails are sent to almost every adult in the United States.

Fact 40: On average, a person in the United States uses more than 700 pounds of paper every year.

Fact 41: A lot of paper and cardboard are used unnecessarily for packing. This means more tree felling.

Fact 43: Use canvas or paper bags as another alternative.

Fact 47: Support eco-friendly companies by buying their products that promise more durability in an inexpensive way.

Fact 48: Be active and plant trees- it can be at your homes, backyards or you can join any organization keen on stopping deforestation.

Fact 49: Reduce the consumption of beef to tone down the pressure to clear more forests for the cattle.

Fact 50: Boycott companies by supporting organizations that care about the environment at the cost of fighting back for the evergreen trees.

Fact 51: Seek knowledge on deforestation and how you can prevent it from happening by reading newspapers, magazines, internet, TV shows. Spread the word and make it go viral.

Fact 52: According to the satellite reports, tropical forests are being cleared at a staggering rate of 8 million hectares per year. In terms of size, it is about the size of the Czech Republic!

Fact 53: Rainforests are being burnt down at the rate of  14 Manhattan every day! In figures, the world is losing about 81,000 hectares of rainforests every day.

Fact 54: Since the 1960s, the world has lost about half of its rainforests.

Fact 55:11% of the total carbon dioxide emission that is responsible for global warming comes from clearing down of the forests by burning the trees.

Fact 56: Between the years 2000 and 2012, Indonesia was the country with the highest rate of deforestation. It lost about 15 million acres of its forest cover in those years.

Fact 57: While deforestation is a persistent problem across the globe, it is more pronounced in the tropical and sub-tropical areas of a growing economy.

Fact 58: One of the major reasons behind the deforestation of the Amazon is the increasing consumption of beef. More consumption, more is the production of the same.

Fact 59: It has been found out that by the year 2050, the world’s food consumption would double. This would imply that more and more land would be required for agricultural and cattle rearing purposes. This would simply mean that the rate of deforestation would also double up.

Fact 60: Over 90% of the people in the clutches of poverty are dependent on the forests for their livelihood.

Fact 61: Forests contribute to about 1% of our Gross Domestic Product. This accounts for about $200 billion per year.

Fact 62: Mining and the process of urbanization can account for two of the major causes of deforestation.

Fact 63: According to the World Economic Forum, about 31% of the diseases that are emerging in recent times, are a result of deforestation.

Fact 64: Over the past 30 years, there has been a change in the driving factors behind deforestation. In the mid-19th century, deforestation was mainly caused by the development of some government projects and transmigration in some developing countries. However, in the late 1990s, the primary cause of deforestation became industrialization.

Fact 65: Since the year 2001, the forests of South America and south-east Asia have been under a lot of disturbance. In fact, about a quarter of that disturbance can be attributed to industrialization.

Fact 66: Deforestation is responsible for the decreasing rate of evapotranspiration. As a result of this, the precipitation levels decrease, making the earth a drier place to live in.

Fact 68: Illegal deforestation is a cause of concern. It is one of the largest industries right now. Countries are importing goods that have been procured through illegal deforestation. In such activities, the European Union tops the charts.

Fact 69: Using bamboo instead of wood as a fuel is a better option for two reasons. Bamboos, on burning, cause lesser pollution than wood. Also, the bamboos so used can be replenished faster than the woods, and thus, the level of deforestation could also be reduced.

Fact 70: Studies have estimated that due to the relentless clearing out of the rainforests leads to a loss of about 137 species of plants, animals and birds, every single day. If this figure does not unsettle you, then, the annual number will- because it amounts to approximately 50,000 species per year.

Fact 71: It has been predicted that, in the 21st century alone, approximately 40% of the total plant and animal species of south-east Asia would become extinct.

To fell or not to fell is not up to the woodcutter, but surely depends on you. Be the change and eliminate the disturbing statistics on deforestation. It takes not guts, but love and compassion for nature to save trees from being felled.