What is Biomass Energy?

Every living animal and plant matter has some form of energy stored in it. The energy stored in these animals and plants come in the form of carbohydrates including starches, sugars, and cellulose. The carbohydrates are produced as a consequence of the photosynthesis process. Collectively, the remains of these plants and animals and the waste products organism leave in the environment is referred to as organic matter. It’s quite possible to generate energy from organic matter. One technique of harnessing energy from organic matter is by producing biomass energy.

Biomass energy is a renewable and sustainable source of energy derived from organic matter and can be used to generate electricity and other forms of power. Common materials that can be used to develop biomass fuel include manure, forest debris, scrap lumber, mulch, sewage, certain crops and some kinds of waste residue.

Biomass is a renewable energy because it contains the energy which comes from the sun. Biomass is basically an organic material made from plants and animals. Through the process of photosynthesis, chlorophyll present in plants absorbs the energy from the sun by converting the carbon dioxide present in air and water from the ground into carbohydrates. When these plants are burned, the same energy is released into the air they captured from the sun. 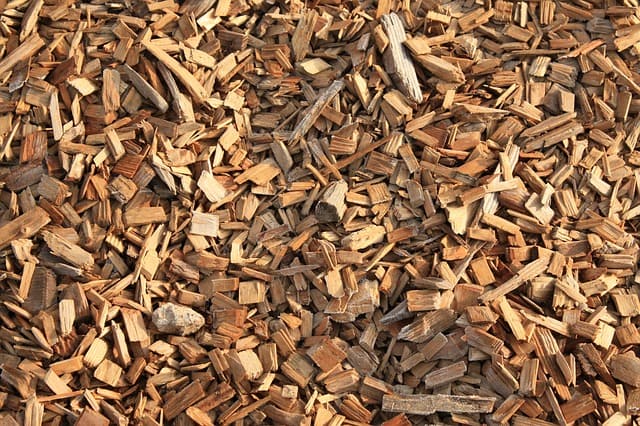 So when these plants and animals are burned, they turn back into carbon dioxide and water and release the captured sun’s energy. In this way, we can say that biomass is renewable source of energy because we can always produce more crops and plants and waste will always exist. As long as biomass is produced this source of renewable energy will last for ever. Examples of biomass include: plants, crop residues, wood chips, corn and some types of garbage.

Biomass in itself contains chemical energy. So, when you burn wood which is a biomass fuel, the chemical energy inside releases as heat. It can also be used to produce steam which can further be used to generate electricity. Using biomass for energy can cut back on waste and can also help in reducing the landfill. With the increase in costs people are trying to turn to more biomass and less fossil fuels.

Green energy production is projected to continue for many years due to the steady supply of waste emanating from construction and demolition acts, the shift from wood as a material for making paper and municipal and domestic solid waste.

READ  21 Impressive and Easy Ways to Save Electricity at Home

Reasons why biomass qualifies as a renewable source of energy

Biomass is a renewable source of energy because of two main reasons:

How is Biomass Converted to Energy?

Biomass power is simply carbon neutral electricity produced from renewable organic waste products, which could have been openly burned, dumped in landfills or just left in the forest to cause fires.

1. Energy from the sun is transferred and stored in plants in the form of chemical energy. When the plants are cut or die, wood chips, straw and other plant matter is delivered to biogas plant.

2. When biomass is burnt, it releases energy in the form of heat. If you happen to have a fireplace in your home, then you are already taking part in the utilization of biomass because the burning wood is a form of biomass fuel.

3. The biomass plants burn wood or other forms of waste to generate steam.

4. The energy from the steam is directed via pipes to run turbines.

5. The steam rises up to run turbines that eventually produce electricity or generate heat for homes and industries.

In most countries, biomass plants have been built in the countryside to provide electricity to the local population. There are waste-to-energy plants that burn trash to produce electricity and power millions of homes. Energy can also be used by burning the scrap wood or wood chips that are left over after trees have been trimmed.

Advancements in technology, for instance, combustion engineering and pollution controls have led to fewer emissions in industrial settings compared to emissions from burning fossil fuel (oil, coal and natural gas) in industrial plants.

Biomass, in many ways, is an innovative source of power. Wood, for many years, has stood out as a fuel source for ovens, fires, and other traditional heating methods. However, recent biomass advancements have propelled biomass fuel way ahead of fossil fuels. Today, these very biomass fuel sources are produced in large quantities, tapped and utilized in many ways such as in jet engines and power plants. Here are some advantages of using biomass energy:

Due to biomass energy’s significantly clean attribute, it benefits from tax credits from most governments including the United States when utilized in commercial entities like airlines. This is excellent for Mother Nature and business. It’s perfectly true that biomass emits carbon dioxide, but eventually captures it back for its own growth. On the contrary, carbon dioxide emitted by fossil fuels is harmful and if released to the environment can be bad air pollutant.

Another great benefit of biomass energy is that it converts harmful wastes into useful energy. For example, garbage that would otherwise fill up landfills can be collected for combustion and transformation into a valuable energy source.

The carbon dioxide released from biomass is perfectly harmless. Most energy companies these days have difficulties controlling their carbon dioxide emissions. This is a dangerous trend as they can impact the ozone layer, hence, leading to increase in the effects of greenhouse gasses, which could potentially cause climate change and global warming. Biomass energy is totally natural and doesn’t present any side effects when used.

Because biomass products emanate from living sources, and their life cycle is complete, they literally do not run out as long as living creatures are available on planet earth and someone is available to transform the living elements and waste materials into energy. In a country like the United Kingdom, the chief source of biomass fuel is chicken droppings. In countries with acres of forests like U.S. and Russia, lumber is bountiful in supply, which is the main source of biomass energy. 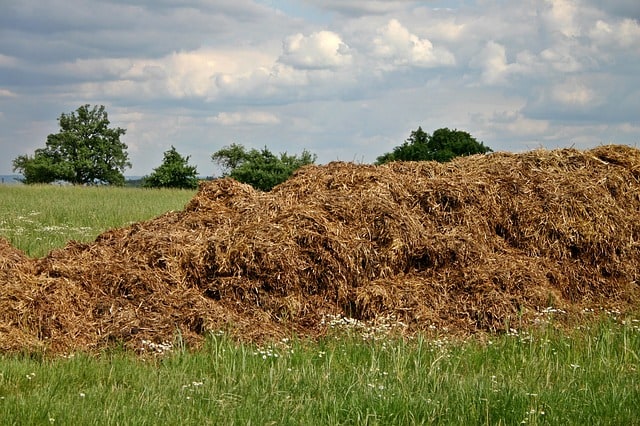 Fossil fuels are basically remains of dead animals, plants and other organisms buried underneath the earth’s crust. Fossil fuels are non-renewable forms of energy that take years to produce. They are leading sources of energy for vehicles; they power homes and enhance modern lifestyles. Examples of fossil fuels include oil, coal and natural gas. Although fossil fuels generate a lot more power than biomass, they emit dangerous fumes to the environment causing severe pollution. The result is climate change and global warming. Biomass energy is an alternative to reduce the adverse effects of fossil fuels.

Different biomass sources can be used to develop diverse products, for instance, ethanol, which is derived from different crops like corn and used as a biodiesel to power most cars. Ethanol is also used to make alcoholic beverages such as spirits. With abundance of living organisms on planet earth, there is no limitation to the number of ways biomass can be obtained and used.

Ethanol, which is a biodiesel, is horribly inefficient against gasoline. To add to that, it is commonly blended with gasoline in order to function properly. Also, ethanol greatly impacts combustion engines when used over time.

Burning of biomass products required a big chunk of land for ease and convenience of burning. Because it emits gasses such as methane to the environment, it is usually produced in areas far away from human settlements.

The use of tree and its products is an inefficient way of powering machines. Biomass not only uses lots of fuel to do the same task as traditional fuels, but also results in environmental degradation. To collect the needed amount of lumber to satisfy a country’s energy needs or power up an electricity plant, these companies would have to clear significant chunk of forest. This habit eventually leads to huge changes in an area’s topography and interfere with natural habitats of most plants and animals.

Utilizing human and animal waste may save a lot regarding carbon dioxide emissions, but methane gas would increase significantly, which could impacts the earth’s ozone layer. So, using biomass has its fair share of environmental pollution. Also, when working with waste products, you should not forget the smell aspect. While the smell of these waste products has no known impacts to the human body, contending with such smells can be disgusting and may well start attracting unwanted creatures like pests, which pose grave health dangers such as bacteria infestation.