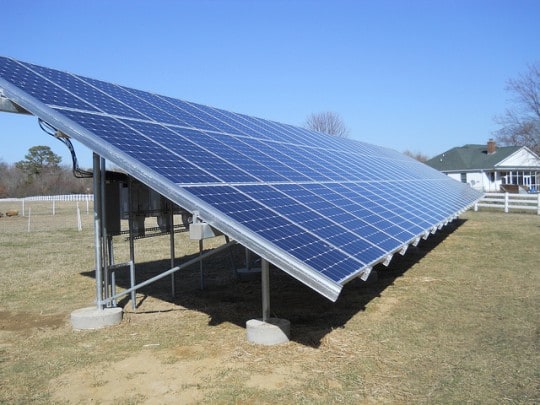 When we talk about renewable energy sources, we must understand that all sources of energy are derived from nature. Both coal and petroleum are extracted from nature and can be used in the way that they are for creating energy. However, crude oil is usually refined and processed into gasoline, petroleum and other products before it is used. In the same way, coal has to be converted into other forms of energy to use it fully. In that sense, the renewable sources are those sources that can be used again and again as they are available in plenty and are not going to perish anytime soon. These sources can be used to convert their energy into electricity.

As of now, the consumption rates of coal and crude oil are such that they will soon be depleted. From then on, our dependence on renewable sources of energy will increase greatly. For this reason, scientific research is pouring in time, effort and financial resources to create infrastructure that can fully tap into the renewable sources of energy. This means having equipment that can convert any form of energy – solar, wind, water and others into viable means of electricity and power supply.

Solar energy has become quite practical to use and many applications have created for it. First of these is solar heaters. Whether it is industrial grade water heating or simple heating to cook food, solar energy can be utilized quite easily. With the development of solar panels and photovoltaic cells, it can also be used to create and store energy as needed.

Solar powered homes, cars and appliances are becoming common these days, as are solar farms that provide electricity to areas that are not on the grid. Solar energy can also be used for drying clothes, by plants in the process of photosynthesis and humans to keep their body warm during winter seasons.

Windmills have been used by many for a long time. The initial use was to move machines that would grind wheat into flour. Taking inspiration from this age-old technique, scientists were able to create windmills that would spin at higher speeds. Windmill farms have been erected in areas where the speeds are high enough to produce viable amounts of energy.

The blades of the windmill are attached to a turbine, that turns the kinetic energy (energy of movement) into electricity. Countries that have an abundance of empty land and high wind speeds have been able to utilize such renewable sources of energy to fill in the gap between demand and supply from traditional means of energy.

Most of the wind turbines are erected at high altitudes as the speed of wind is more than at low altitudes which helps to generate large amount of electricity. It does not cause any pollution, is completely renewable and reduces our alliance on foreign countries for supply of oil and gas.

There is a large amount of kinetic energy stored in water. It is available for use when the rivers and streams flow towards the oceans, and the potential becomes greater when they turn into waterfalls. Hydroelectric energy is becoming a common source of electricity production in the 21st century.

Most dams that are being built have infrastructure that allows them to capture the energy from the water. The kinetic energy of moving water is then used by hydropower plants to give mechanical energy to turbines which in turn convert it to electrical energy through generators.

It is also seen as a simple and effective way to power regions that are not easily accessible by the regular power grid or simply face a lack of electricity far too often. Being a clean, cheap and renewable source of energy, a lot of research is being put into efficient utilization of the water resources we have available on the planet. Hydropower is renewable, environment friendly and produces no toxic gases.

Within the Earth, there is a great deal of energy trapped inside molten magma. All of this heat transfers itself to the deep stores of water and air that flow through the Earth. In order to release the heat and regulate the temperature of the core, the heated water and air are released through vents, which are seen as holes in the crust of the Earth. They form another of the renewable sources of energy, known as Geothermal energy. The vents of heated air and steam are used to generate power which is yet another renewable source of energy.

Geothermal energy is completely renewable, reduces dependence on fossil fuels, provides job benefits and significant cost saving. The downside is that it is suitable for particular region which are normally prone to earthquakes and volcanoes, and may release some harmful gases.

Finally, we have biofuels and biogas as renewable source of energy. These are obtained from plants, plant waste and crops,landfills, municipal and industrial waste, trees and agricultural waste making them ‘biological’ in nature. Biogas has been produced in natural circumstances for thousands of years. It is now that we have been able to produce it in controlled conditions and compress it to make Compressed Natural Gas (CNG).

It can be used for transportation, power generation and heating homes. Biomass energy does not produce any greenhouse gases, helps to reduce landfills, renewable as long as plants, crops and waste exist. In the same way, biofuels are basically Ethanol, which are made when sugar is fermented. It is an alcohol substance and like CNG, it has found application in the transportation sector by way of being cleaner fuels. It is normally blended with gasoline as a form of car fuel.

See also  Does Nuclear Power Cause Air Pollution and Affect the Environment?

Ocean energy has vast potential as 70% of the earth is covered with water. The tides that hit sea shore have enormous potential in them and can be used to convert to electrical energy. Ocean energy can be captured via 3 ways (a) Wave Energy, (b) Tidal Energy, (c) OTEC (Ocean Thermal Energy Conversion).

Wave energy is captured directly from the surface of the waves which are nothing but regular disturbances produced on the surface of water. Tidal energy captures kinetic energy from incoming and outgoing tides and tidal energy generator uses that kinetic energy and convert it to electrical energy. OTEC uses the heat stored in sea water to convert to electricity. Both these energy sources are completely renewable and can go a long way in reducing our dependence on non-renewable sources.

Hydrogen is the most common element available on earth as it is available with water and can be a tremendous renewable source of energy to power ships, rockets, marines, vehicles, homes and industries. Water(H2O) contains two thirds of hydrogen but is usually found in combination with other elements.

Once it is separated from water, it can be used as a fuel or could be used for generating electricity. Hydrogen energy is completely renewable, environment friendly, do not leave any toxic emissions and can be produced on demand. It takes lot of energy to extract hydrogen from other elements and therefore proves to be bit expensive to extract.