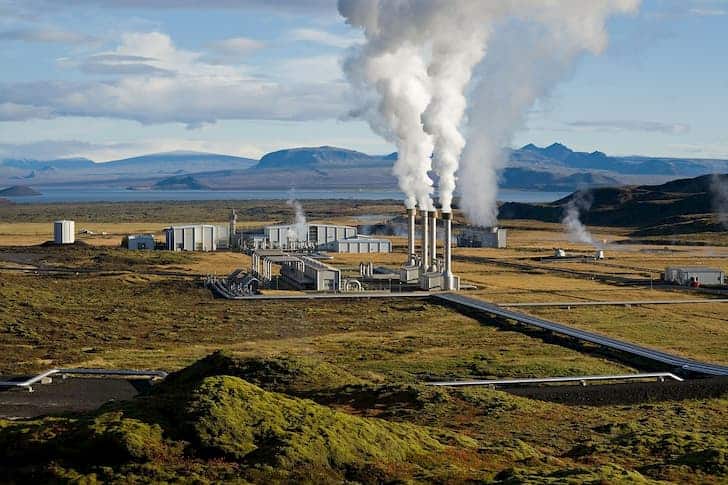 The earth is hot and brimming with energy. If you’ve ever witnessed the spectacle of erupting volcano, visited the Geysers situated at Yellow Stone national park in the United States, or sat in a geothermal hot spring, you’ve already come across geothermal energy. The more you go underneath the earth’s surface, the hotter it becomes.

The earth’s crust is composed of hot rocks and water. Below the earth’s crust exists a layer of molten hot rock known as magma, which is considered to as hot as the surface of the sun. This heat found inside the earth is called geothermal energy.

By definition, geothermal energy is the energy stored as heat underneath the surface of the earth. Its net potential is limitless with regard to humans, and its energy is the same as the sun. Geothermal heat and water have been utilized for centuries. The Native Americans, Chinese, and Romans utilized hot geothermal springs for cooking, bathing, and therapeutic applications.

In the modern-day, geothermal energy is utilized in numerous applications, for example, heating, systems that provide hot water or steam to a wide range of units, along with heating and cooling of private and commercial buildings such as residential homes, offices, and shops by utilizing geothermal heat pumps.

Also, geothermal energy has the industrial potential to grow plants in greenhouses, heating water at fish farms, drying crops, and many other industrial processes.

This enormous energy is also being harnessed to generate electricity through geothermal power plants. Using modern-day technology, humans are able to pinpoint the location of the geothermal resources, drill wells a few kilometers deep and extract the hot water below.

Geothermal heat pumps used for heating and cooling buildings are also ranked among the most efficient cooling and heating systems obtainable today. This is due to their relatively low electricity requirement. Their use massively minimizes emissions coming from power production.

On top of those, geothermal energy boasts of a small land-use footprint. In fact, it ranks among the smallest per kilowatt of all electricity production technology including nuclear, coal, and other renewable energies.

Geothermal power generation injects a sense of reliability to the national power system. Geothermal energy can be generated as a base-load renewable energy resource, which means production occurs 24/7 despite changing weather patterns, thereby offering an exceptionally reliable and constant source of green energy. As a base-load source of power, geothermal energy is primed to take the place of coal in the traditional utility system.

Geothermal energy is also flexible enough to bridge the gap created by the intermittent renewable energy resources like solar and wind. Since geothermal energy production can be easily increased or decreased depending on current demand, it can be utilized to maintain the integrity of the national power grid, hence, ramping up the overall efficiency of the whole electricity generation system, while at the same time offering reliable and clean energy.

Geothermal energy is also highly scalable. This means small power plants (a few tens of KWS) are able to be economically set up and tailored to applications existing in communities.

The initiation of geothermal projects spurs the economy of rural areas, which are typically characterized by unemployment, thereby creating new jobs. A good example is a plan initiated in 2012 to set up a new power complex in Imperial Valley, California, a state that was experiencing the lowest unemployment rates in the United States.

The planned investment involved the injection of about $1 billion, which was projected to bolster the economy of the area. The project materialized and took about 4 years to complete.

On average, 323 workers were involved in the project. When the project was up and running, more than 57 jobs were created in the fields of maintenance, operations, engineering, and administration. This project underscores the sheer size of employment opportunities that a single geothermal power plant can create.

The earth’s internal heat is available around the world. The only limitation is the capability to extract energy. However, with advances in technology (geothermal heat pumps), individuals have been able to harvest this hot water from the reservoir below the earth to heat homes and businesses.

5. Significant savings on your utility bills

When the geothermal system is fully operational, you’ll witness a significant reduction in your utility bill (by up to 50%), plus they require low maintenance costs. Most institutions tie the upfront cost of installing a geothermal system to your monthly mortgage remittances or other interest financing alternatives. The savings accrued from your utility bills could be enough to offset the increase in your loan payment, offering you additional cash flow.

Generally, geothermal systems utilize small quantities of electricity to transmit heat to and from the ground to your house. Averagely, it’s able to generate 4 units of energy per every unit of electricity utilized to drive the system. Even the top-notch traditional systems convey less than 1 unit for every unit they consume. These days you can use online calculators to see the exact amount you can save per month by installing a geothermal energy system.

Geothermal energy is entirely available and produced locally, and it doesn’t need fossil fuels to operate. This means it can comfortably minimize over-dependence on fossil fuel sources of energy. Additionally, since electricity is increasingly becoming utilized in the transportation sector, it’s able to outrightly take the place of imported oil.

Direct utilization of geothermal heat for specific industrial, commercial, and agricultural purposes offers an impeccable option to other thermal sources of energy such as oil, electricity, natural gas, and propane.

By ramping up the availability of local fuels around the world, geothermal energy is able to boost our capability to take charge of our economic future and bolster our national security, while at the same time preserving the available natural gas and oil resources for the most important uses, for instance, pharmaceuticals, liquid fuels for transportation and chemical feedstock.

A geothermal system uses exactly the same principles as a freezer or refrigerator. It operates quietly. It’s a good system to maintain a good relationship with your neighbors. Traditional heating and cooling systems produce a lot of noise that can irritate you and your neighbors causing unnecessary disagreements.

As an added advantage, geothermal systems are able to generate some if not all of your hot water at higher efficiencies than conventional techniques. A simple modification is performed in your geothermal system to enable it to deliver hot water that can be stored in your water heater for later use.

Also, during the cooling cycle, the heat extracted from the building is sent to the water heater instead of being transferred to the ground. This guarantees you free hot water as long as the geothermal system is functioning.

Geothermal heat pumps are characterized by high efficiency. Averagely, they use 25% to 50% electric power for cooling and heating. And the fact that they come with flexible designs, means they can be tailor-made for various situations, needing a much lesser space compared to the traditional systems. Also, because geothermal systems are designed with fewer mobile parts, and these parts are housed in a building, makes their life expectancy significantly high.

These systems are also advantageous since the pipes come along with an impressive warranty of up to 25 years, keeping in mind that the system can last for up to 20 years. This is, essentially, a lifetime warranty. Besides geothermal systems having a long-lasting attribute, they are utterly user-friendly and convenient. Durability means they require low maintenance, which saves you a lot of extraordinary maintenance costs.

Although geothermal energy doesn’t enjoy the popularity of other renewable resources such as wind and solar, it’s an incredible, renewable, and relatively cheap alternative that merits a multitude of support. In fact, governments are releasing reports stating the reasons why citizens should support geothermal energy developments to ensure more individuals are tapping this abundant resource to bridge the electricity gap.