Fossil fuel is a source of non-renewable energy. There are many examples of fossil fuels which we use in our daily lives. In fact, most of the energy that we consume is fossil fuels. Coal, petroleum, natural gas, these are all considered as fossil fuels. Many years ago, to be specific, during the carboniferous age, due to the change in atmospheric condition and other changes, there forests were destroyed and they were fossilized. With the action of bacteria and other microorganisms in the surface of the earth, these trees and other vegetation were decayed and disintegrated. Years after these trees were available in solid, liquid and gaseous state. The solid form is coal. It is the most widely used form of fossil fuel in domestic purposes. 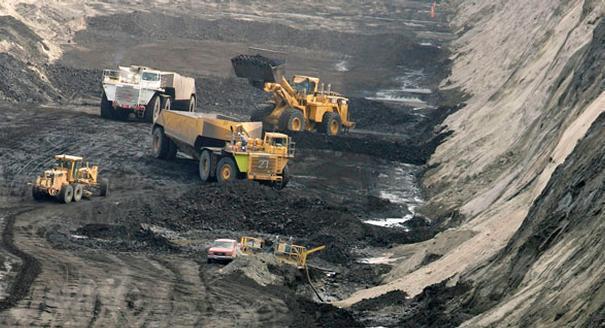 We all are using fossil fuels to meet up our daily energy needs. In fact we have been using them at such a rate that it is predicted that these fossil fuels will become extinct in another 40-50 years. The two primary reasons why we need to clean energy sources are:- these fossil fuels are scarce resource and they cannot meet up demand for the generations to come and secondly these fossil fuels when burnt cause lot of air pollution. Coal which is major form of fossil fuels is used in power plants for creating electricity and also used by industries to make steel. Oil is used by gasoline engine vehicles and natural gas is used by homeowners. Among these three, coal and Oil are the most severe ones as they pollute the air and increase carbon dioxide in the atmosphere. The carbon dioxide is one the greenhouse gases solely responsible for increase in global warming.

All the fossil fuels face dim future. They are being extracted and used at a very steady rate. Everyday millions of barrel of oil is being dig and is being used or transported to other countries. Due to population growth, the energy demand has rose at an astonishing rate. The increased energy demand put pressure on oil companies to extract more oil and coal. While coal and oil are dangerous source of fossil fuels, natural gas is still safe and produces less emissions.

The increased extraction and usage of fossil fuels has resulted in increased formation of carbon dioxide and other gases that are responsible for global warming. These gases form like a layer in the atmosphere and prevent sunlight from going back in to the space resulting in greenhouse effect. The heat from sunlight and and these gases when combined result in global warming. The increased pollution in the atmosphere has further deteriorated the health of human beings. Extraction of coal near wildlife areas has changed the overall landscape and resulted in extinction of endangered species.

See also  Does Nuclear Power Cause Air Pollution and Affect the Environment?

With so many problems with fossil fuels, the world is looking ahead to save this planet by using come renewable sources of energy. These renewable sources of energy like solar, wind, geothermal, hydropower are available in abundant and moreover they do not cause any pollution. Several renewable projects have been underway to make this world at least partially free from fossil fuels. Countries like United States, Germany, France and China have pumped in huge investments to bring down the usage of coal to produce electricity. Although, these sources have huge investment cost and may not be able to produce power 24 hours a day but they can be used to meet up a small portion of our daily energy needs.

Once fossil fuels are extracted and refined, they are ready for use by common man. When combustion takes place, the hydrocarbons present in the fossil fuel creates energy. The heat that is used to burn fossil fuels cause molecules of carbon and hydrogen to react and produce large amount of energy. The formation of this new energy is used by us for various purposes. For example: when you put fuel in your car, the engine burns the fuel and converts the energy produced by burning of fossil fuel to mechanical energy which results in movement of vehicle forward. When fossil fuels are burnt, it releases carbon and hydrogen molecules to react and produce high amount of energy and heat.

The chemicals present in the fossil fuel react only when they come in contact with other heat sources. When they are exposed to heat, the hydrocarbon chain converts the heat energy contained in the fossil fuel to electrical energy to create electricity or mechanical energy to drive the engines. Coal power stations uses similar feature. They burn large amount of coal and used the heat produced by them to activate generators which in turn produce electricity.

Coal is a form of fossil fuel that is formed due to decay of old plants millions of years before. Coal is used extensively in thermal power plants for generation of electricity and production of steel. When coal is burnt, the chemical energy contained inside coal is converted to heat or thermal energy. The heat or thermal energy gets converted to kinetic energy when steam is created. The steam is then used to move the turbines of the plant. Here kinetic energy is converted to mechanical energy for the rotation of turbines. The turbines activate the generator and converts the mechanical energy to electrical energy. This energy is then used to power most of the homes and offices. Till today, Coal is used as a major source of fossil fuel to supply power to millions of homes across the world. 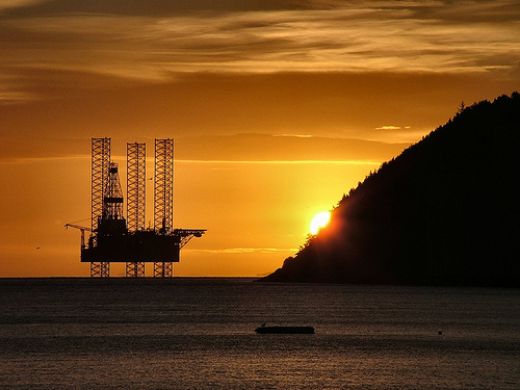 The increasing pressure and heat inside the earth resulted in the formation of oil that is lying deep beneath the rocks and available abundantly mostly in Middle Eastern countries. It is the decay of old animals that lied under the earth for millions of years and finally paved its way for the formation of oil. Every time when you go to nearest station to fill your car’s tank, it’s the fossil fuel i.e. oil in its refined form, which is use to power your vehicle. The engine of your car burns the fuel and release energy in the form of heat. The heat energy then goes through various processes before finally converting to mechanical energy. The mechanical energy is the used to drive the vehicle.

Natural gas is a by product of oil production. It is serving us as one of the major sources of energy for domestic gas supply. When oil is extracted from the oil wells, it undergoes pressure reduction process. These natural gases which mostly consist of methane and ethane are captured before they are released. The captured gases are then transported to various countries and to number of households through pipelines. The gas which we use in our home is natural gas and is used for cooking and heating purposes. It has no color and smell when it is captured. Some chemicals are added to sense the leakage of this gas. when we burn natural gas, the chemical energy is converted to heat energy. The heat energy is then used to cook the food. Natural gas is highly inflammable and can cause wide destruction of life and property, if it is leaked and catches fire.

Any fossil fuel releases heat and chemical energy after combustion. It has made them the most popular form of energy as they need a very low ignition temperature. They have stored kinetic energy in them and it has made them the finest sources of running vehicles. Different fossil fuels burn at different rates because the structures of the hydrocarbons are different in each of these compounds. However, one common by-product of each of these fossil fuel is carbon dioxide.

All fossil fuels undergo through the process of combustion. Combustion necessarily needs oxygen. All the reactions are exothermic in nature which means they give out heat and sometimes light. The constituent hydrogen and oxygen react with each other chemically and produce high amount of heat and energy. The carbon dioxide produced is the major cause of pollution.

Another very important factor needed to burn the fossil fuels is external heat. The ignition temperature needs to be produced from the surrounding. For instance, the fire produced by lighting a match stick is used to ignite the fossil fuel like coal or petroleum. This heat converts the latent heat energy of the fossil fuels to produce heat and thermal energy. And with this energy, it performs its function. The basic reason of the fossil fuel to produce so much of energy is because of the reaction between hydrogen and carbon molecules.

The best part about fossil fuel is that they are very easily available. Especially petroleum is the easiest to transport from one part of the country to another. It could be transported through pipe lines and do not need to be carried through railways or other vehicles.

However a coin always has two sides. The growth of the industries and the modernization is affecting the natural habitats of many animals. This means that we have to be very cautious and try to find alternative sources to keep the planet green.