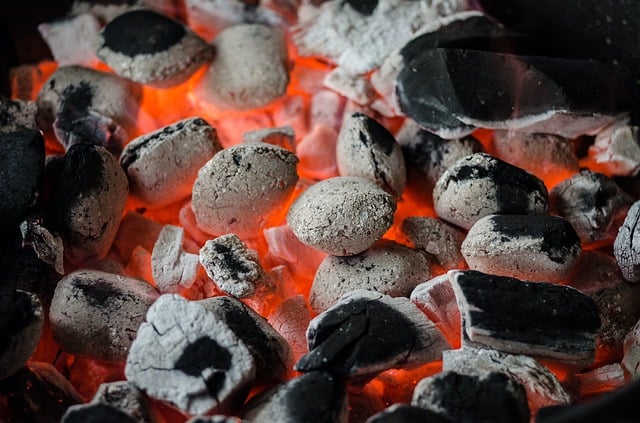 Fossil fuel is a common word used to refer to buried flammable geologic deposits of organic substances. They are created by decomposed plants and animals which were altered to natural gas, heavy oils or crude oil due to being exposed to a lot of heat and pressure in the earth’s crust over millions of years. Fossil fuels are referred to “fossil” since the fuels are conserved carbon-hydrogen remains of early life.

Today, fossil fuels are used extensively to power up homes and as a source of fuel for vehicles, in industrial applications, at home for cooking and much more. The reserves of these resources are limited and are being consumed at a high rate which will make them deplete sooner than expected. Beside fueling economic growth, these fossil fuels are big source of environmental pollution.

How Are Fossil Fuels Formed?

Fossil fuels were created centuries ago through heat and pressure processes in the earth’s crust. Presently, the three main fuels available are coal, natural gas, and oil.

Coal was created from the remnants of plants that habituated in swamps millions years ago. This period was characterized by large plants, huge trees, ferns and algae. These plants and trees then became dead and got deposited at the bottom of the seabed. Over the course of several years, they got mixed up with mud, clay and slit.

Slowly, over the period of time, process of accumulation of sediments or sedimentation began. This process resulted in the formation of sedimentary rocks which further increased the pressure over them. As sea levels increased, films of deposits compressed the plants remnants, and high temperatures and pressure on the earth’s crust resulted in formation of coal. These layers became lignite over a period of time and then became bituminous. The bulk of coal in the US was created about 250 to 300 million years ago.

Centuries ago, at the seabed, remains of small marine organisms decomposed and the remaining substances got buried by residues, they were heated till they turned out to be composite energy-rich carbon particles.

When time passed, such particles drifted into the absorbent rock formations that now control them and which are utilized in creating oil and natural gas. In the United States, a lot of oil and natural gas can be found in California, Alaska, Texas and the Gulf of Mexico.

Are Fossil Fuels Renewable? If Not, Why?

A renewable resource is one which fills up again after use to avoid being depleted. For an energy source to be renewable, it must have the characteristic of being replenished on a human timescale. But as discussed earlier, with regards to how fossil fuels are formed, it take thousands to millions of years to create.

In the current world, the consumption rate of fossil fuels is however far greater than the rate at which they are formed. This essentially means that the supply of fossil fuels will possibly get depleted in the near future at the current rate of usage, consequently making it a nonrenewable resource.

Besides, a few years back the planet was struck by an adversity, a disappointing reality that fossil fuels was almost running out. They are gradually becoming obsolete, they keep on becoming more and more scarce.

Another good pointer is that fossil fuels are not renewable is the ever escalating prices of fossil fuels. According to reports, unfortunately; these prices will keep on rising as the supply decrease with increase in demand. For instance, natural gas, coal, and oil are all predicted to become extremely short in supply within the next ten years and no type of technology can stop it from happening. It is important that the world tries to avert global warming by the usage of a smaller amount energy created by fossil fuels and find way of exploiting renewable sources of energy.

Apart from the exhaustion of fossil fuels, they also have adverse effects to the ecosystem. Oil spills have had a huge effect to the environment, the seepage of petroleum produce have harmed and killed a lot of aquatic organisms. The destruction caused to the terrestrial beings has been wide-ranging and persistent.

Aside from the harm it causes to wild animals, the cost of cleaning up efforts and harm to humans is as well extensive. Coal is the most responsible fossil fuel for releasing carbon dioxide, surpassing even petroleum. Nevertheless, it is the main fossil fuel for 40% of the planet’s electricity creation.

In countries such as China, coal power plants are built on a weekly basis, the heat that is produced plus the emissions goes back into the environment as waste energy thus contributes to global warming.

Natural Gas is the one that corrupts the environment the least compared to other fossil fuels in regard to Carbon Dioxide, nonetheless, because it still has carbon atoms in its particles, natural gas is thus an input to the rise in the concentration of greenhouse gases, thus also contributes to global warming. On the other hand, combustion of natural gas can discharge about 40% to 50% less CO2, and coal can release less 25% to 30% CO2 than oil.

Provided with the reality that coal is the main source of electricity in the universe, it is the most commonly utilized fossil fuel. Evidently, it is also the one that creates a lot of devastating damage to the planet. Because of its prominent impacts on the planet, there have been some enhancements in the usage of coal for energy.

This consists of washing the minerals of contaminations from the coal using a chemical that helps in reducing sulfur dioxide, and also for capturing and storing appliances to detain the carbon dioxide from the fossil fuels.

In attempts of cutting the dependence on oil, a lot of alternatives are evidently accessible for people to act on. For instance, the non-renewable sources are used in the heating and cooling, so people can decide to make a little sacrifice and make use of warmer clothing or even just reducing the usage of heat.

In addition, there are even more alternatives that will aid in reducing communities’ dependence on oil such as riding a bicycle, organic gardening, consuming organic vegetables and fruits, purchasing of natural-fiber-made-clothes, switching to natural detergents and cleaners, and even using natural cosmetics.

In spite of natural gas being one of the contributors in producing electricity, it is the cleanest compared to other fossil fuels. Still, it is a nonrenewable source of energy and it is imperative for nations to reduce its usage. Step by step actions can include switching off electrical equipment when not in use and investing in renewable energy sources as explained below.

In a bid to ease global warming and cut back on the usage of fossil fuels since the globe cannot practically live devoid of these nonrenewable sources, alternative sources of energy such as geothermal energy, solar energy, hydroelectricity, biomass fuel and wind power can be handy.

An impressive renewable energy resource that can substitute fossil fuels is solar energy. It can be utilized in to generate electricity from solar cells, permitting people to access electricity without letting go of destructive gases into the environment. The planet will most probably transform but the sun will always remain the same.

Unfortunately, solar energy is only accessible when the sun shines, meaning energy would have to be accumulated in the daytime so as to have light at night. For countries that do not get enough sunlight, solar power cannot be an option. Also, the initial cost of installing solar power are high but it is eventually rewarding.

Another source of energy that is very functional is wind power and presently, it is the quickest-developing energy source. It is approximated by experts that the windiest regions on earth could produce ten times the energy that is consumed worldwide.

However, not every region has wind and those that infrequently do, scarcely get any. Cost is not really a problem because wind energy is the most affordable form of electricity production that can be accessed.

Hydroelectric dams can be costly to construct but when they get operational, they become cheaper in the long-term. It appears to be the most reliable source of energy. Perhaps it is the best energy resource on earth being more steady and dependable.

Besides, its downsides are not many, the only problem that may occur is the water shortage. But for regions that have water in abundance, it can eventually be assertively thriving.

It is an unavoidable circumstance that fossil fuels are becoming scarce and eventually there will be none left. People cannot do anything to stop it from happening, just as we cannot stop global warming from harming the world if we cannot start addressing the situation now. All the same, there is optimism for a better future if the world can invest in the numerous renewable forms of energy that are undisruptive to the environment.