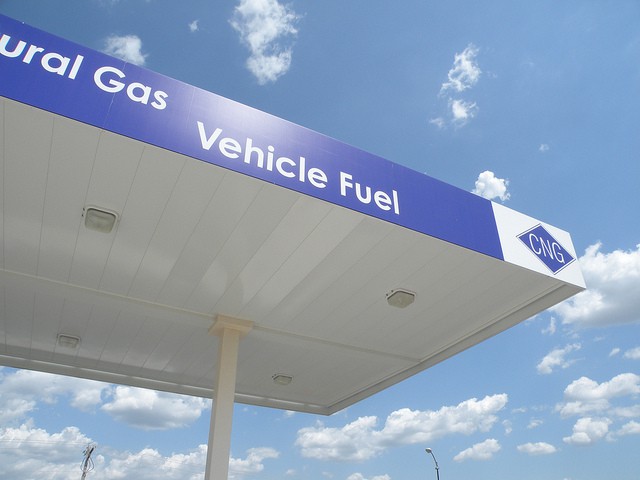 Natural gas is one of the big three fossil fuels that the world runs on. In recent decades, there has been more of an effort to move away from coal and gas when it comes to providing heat and power as they produce high levels of pollution. The reserves for coal and natural gas are also being swiftly depleted, Natural gas is the obvious choice for replacing them as a major energy source, but there are many pros and cons of natural gas use.

Proponents of both sides, when it comes to talking about the pros and cons of natural gas have a tendency to only stick to isolated facts in promoting their view. The real scientific evaluation of the viability of an energy source comes in seeing both sides together. Natural gas is not a lot different from diesel and gasoline. It is a product of fossil fuel and the safest, cleanest and most used form of energy in our daily lives. In order to decide how viable natural gas is for power, you have to consider the pros and cons of natural gas at the same time.

Natural gas is produced along with coal and oil beds. It is found deep inside the earth and drilled in the same way as oil. It is cheaper and cleaner than gasoline and produces fewer greenhouse emissions than its counterparts. It burns completely and can be safely stored.

Natural gas occurs in two ways; by itself or combined with oil. Natural gas has unique characteristics including colorless and odorless, plus it’s a blend of hydrocarbons. While methane is the chief hydrocarbon contained in natural gas, there are other hydrocarbons present including butane, ethane, and propane.

When natural gas is extracted from underneath the earth’s crust, it may come along with a host of impurities including oil, carbon dioxide, sulfur, water, and nitrogen. Prior to the delivery of natural gas to homes and businesses, these impurities are usually removed.

Natural gas tops the list of the most used energy sources because it is highly combustible and burns cleanly than other forms of energy. Natural gas can be used in the form of compressed natural gas (CNG) or liquified petroleum gas (LPG).

See also  Is Wax paper Biodegradable? (Yes. It is.)

Natural gas is derived from fossil fuel, which means, it comes from the remains of animals and plants that existed millions of years ago. These remains were covered deep underneath the earth’s surface and subjected to compression heat found under the rock and soil below. These compressional forces converted the animal and plant remains into natural gas.

We’ve learned that natural gas occurs in reservoirs underneath the earth’s crust. If the gas tries to float to the earth’s surface, the layers of rock and soil trap it. Typically, the locations where the natural gas is trapped are called pools. However, the molecules of the gas are, in reality, held up in small cracks and holes all through the formation of the rock

Natural gas is always pointed towards when it comes to producing less pollution than other fossil fuels in its production as its byproducts are in gaseous form. It burns cleaner than gasoline or diesel. It releases 45% less carbon dioxide than coal and 30% less than oil and has therefore less impact on the environment.

Natural gas tops other fossil fuels when it comes to clean burning. Since the process of natural gas combustion is almost up to the mark, the level of byproducts disseminated to the environment is little. In addition, advances in technologies have massively reduced nitrogen oxide, a common pollutant emitted by natural gas. The blue flame witnessed during the process of burning natural gas is an indication that the gas is burning perfectly.

Embracing natural gas alleviates any need for an underground storage tank, which wipes out the risk of soil contamination, oil spills and unplanned and expensive clean-up of the environment. In case your storage tank is above ground, embracing natural gas alleviates any risk regarding corrosion of the tank and spills. It’s also non-toxic, which means, low or high exposure will not have any impacts on humans.

It is abundant and available worldwide. There are over a trillion barrels of natural gas reserves in the US alone that have not been harvested. Just like oil and coal, natural gas is a finite source that has to be conserved to be a viable power source. In the coming years, many sites are waiting to be discovered.

3. Safer and Easier to Store

Natural gas is a lot safer and easier to store compared to other fossil fuels. Because of that, it tops the list of the most efficient sources of energy for the generation of electricity and heating.

Natural gas offers numerous modes of storage, for example, it can be stored in tanks above the ground in liquid form or underground, like a vast majority of homes in the United States.

However, the typical storage module in the larger U.S. is in oil fields or depleted natural gas located in proximity to consumption centers. It’s relatively easy to convert a gas field from initial production to direct storage since it can leverage existing wells, pipeline connections and gathering systems.

The technology to produce natural gas already exists as the same is used to harness fossil fuels. The familiarity with the current technology makes it easier for us to harness natural gas in the same way. It is used extensively for power generation and heat.

Natural gas vehicles are far more energy-efficient, as are other engines powered by it – which makes them cheaper to run. Given that most of the engines in the world of all types are gas-based, the cost of converting or replacing them is prohibitive. It is the most commonly used fuel in homes for heating and cooking purposes.

The price of natural gas almost always remains constant even when prices of gasoline spike. For instance, when the price of gasoline hit more than $4 a gallon, natural gas remained at $2 a gallon. The law of demand and supply doesn’t always significantly affect natural gas prices.

Technological advances have made natural gas even cheaper; case in point: the Shale Company that supplies gas in the U.S. is far cheaper than any natural gas company. With the price of its gas so low, it sponsors numerous trucking companies to change up to natural gas instead of diesel.

Natural gas can be easily transported via ships, tankers and pipes. It is lighter and easier to transport in terms of carbon footprint. This makes natural gas a viable option to be used in residential homes. One of the main benefits of natural gas is that it is used to make plastics, chemicals, fertilizers and hydrogen.

Most countries are held to ransom because of over-reliance on foreign oil. Natural gas is a reliable alternative as it can power vehicle and also be used to generate electricity to complement other fossil fuel sources.

Natural gas is a highly flammable substance that can cause significantly more damage should there be an accident. Natural gas leaks can cause fires or explosions, if not handled carefully. It is colorless, tasteless and odorless and cannot be detected by smell unless an odorant is added to it.

Because natural gas is highly combustible, mishandling can lead to bad explosions. This factor has led individuals to shy away from using it in vehicles. The main problem with natural gas is that it is odorless and leaks cannot be detected unless some odorant has been added to it.

It is for this reason that LPG (residentially used gas) is suffused with odorants, that in the event of a leak, detection is easy and appropriate action can be taken. It also occurs in gaseous form rendering it a lot difficult to handle compared to oil.

When natural gas is burnt, it releases carbon dioxide, carbon monoxide, and other carbon compounds in the atmosphere. These gases transfer carbon from the earth to the atmosphere, thus contributing to the greenhouse effect. Although countries that emit most carbon dioxide have stepped up efforts to minimize emissions, real steps have yet to be taken.

Natural gas is non-renewable and will eventually expire one day like other fossil fuels. Some experts consider natural gas a non-renewable energy source because its true reliability cannot be quantified. It is not a sustainable form of energy and is not an answer to the ever-growing energy crisis problems that this world is facing. The need is to look beyond that and invest heavily is a renewable form of technology.

While huge natural gas discoveries have been announced over the past few years, they will ultimately get depleted. In terms of renewable sources of energy, it doesn’t come close to the wind and solar energy.

To use natural gas, all the components except methane have to be extracted. This results in several byproducts such as hydrocarbons (ethane, propane, etc.), sulfur, water vapor, carbon dioxide, and even helium and nitrogen.

The infrastructure needed to use natural gas is very expensive as long pipes, specialized tanks, and separate plumbing systems need to be used. Long-distance transmission and transportation require extra cost. Fixing of leaking pipes add to the running cost.

As you can see, nothing is easy when it comes to balancing the pros and cons of natural gas. While it hasn’t been as heavily used as other fossil fuels, and therefore there is a greater supply of it – it is also a limited resource. By switching to a heavier demand on that resource, it can become just as depleted as our other fuel reserves. It also has its own downsides when it comes to environmental damage and pollution.

In weighing the pros and cons of natural gas it is important to remember that the decision that has to be made is one that seeks balance. As a world, we need to relieve our demand on the already strained resources of coal and oil, and natural gas may be the perfect way to do that in the short term. You can’t lose sight of the long term impact of increased natural gas use. The pros and cons of natural gas need to always stay at the forefront of any initiative to further advance the development of sustainable and renewable energy sources too.