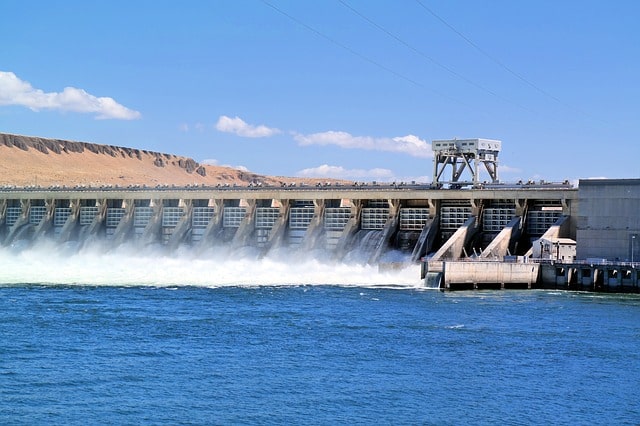 Hydropower is one of the oldest forms of electricity generation. Hundred years back, this energy was captured to power domestic power lifts, saw mills and to perform mechanical tasks like grinding grains. It has since evolved to be chiefly used for the generation of electricity. Hydropower is undoubtedly the world’s leading electricity source. In fact, it produces about a fifth of the entire world’s electricity. Consumption of energy produced from hydropower continues to skyrocket. Predictably, electricity generated from hydropower plants is predominantly utilized in countries with bountiful supply of water resources. As a matter of fact, hydropower tops the list of the cheapest forms of energy today. When infrastructure needed to produce power is up and running, harnessing of energy from running water becomes absolutely free.

Hydropower is energy captured from the moving force of water. The energy can be used for various purposes including heating, lighting, and generation of electricity to power homes, businesses and industries. Hydropower is a renewable resource since it doesn’t consume any water. It only harnesses kinetic energy from speeding water to produce electricity. Also, water sources are never-ending, which means there is zero possibility of drying up some day. The natural water cycle ensures that water is always available in the universe.

Although the upfront costs of constructing and installing a hydropower plant are high, once it’s functional, the costs relating to operation and maintenance become extremely low. And since water used in the generation of energy doesn’t need to be transformed or purified like other fossil-based sources of fuel such as oil, there is virtually no production costs linked to hydropower. Unlike oil, water is not affected by market shifts that may trigger prices to explode. Finally, once hydroelectric power plants are up and running, they have insanely long lifespan. They can last between 50 to 100 years. Hydropower plants are also seamlessly adaptable and can easily be upgraded to inject new technology.

Renewable energy means energy that can be used until the end of time. Renewable energy is harnessed from a source that is never-ending like sun, water, and wind. With hydropower production, water is not used up. The hydropower technologies only derive the energy of moving water and convert it into electricity.

Hydroelectric power is a clean source of energy, which means it contributes small amounts of greenhouse gasses to the atmosphere. When compared to fossil fuels such as coal, oil, and gasses, it’s by far the cleanest. Utilizing hydropower is shown to mitigate the emission of the levels of greenhouse gasses that would typically occur from the equivalent of combusting 4.4 million barrels of petroleum each day across the globe. On top of that, hydropower production doesn’t give off toxic byproducts that would harm the environment.

Hydropower has a vital benefit of being able to be accumulated. This means that it can be directed to meet variation in demand. If the demand for power goes out of the roof, more can be stored up for later use. Its flexibility is also manifested when looking at other renewable energy sources like wind and solar. These energy sources are only available at specific times. Wind energy is only available when it’s windy. Solar energy is only available when the sun is shining. Water, on the other hand, is constantly available and is used to cover for wind and solar when they are unavailable.

When blackout occurs, or when demand is at peak, hydropower can flawlessly be fed into the main electrical grid compared to other sources of energy. This greatly assists in bringing equilibrium between the demand and supply of electricity.

Apart from the known main benefits hydropower to the community, it carries a host of secondary benefits. When hydropower is introduced to remote areas that lacked the resource, it promotes commerce, industry, and assists build up infrastructure and upgrade existing ones such as roads and navigation. Hydropower also helps people to easily access education and health. The local economy is also propped up by the creation of new jobs, recreation, tourism, and investments. And since this energy source has been in existence since hundreds of years ago, its wide-ranging effects are understood and manageable. This ensures less severe side effects.

Setting up a hydropower plant increases awareness of the areas nearby. Focus turns to animal species and ecosystems of the surrounding areas. This prompts enhanced exploration and study of the inhabitants, and this means they can be understood to facilitate better management.

Water is naturally used to power businesses and homes. Nonetheless, in the course of converting moving water into energy, rainwater is harvested and utilized for irrigation and drinking. These aspects are not only advantageous to the population, but assist in the reduction of vulnerability to both droughts and floods as well.

The main use of hydropower today is generation of electricity. It’s most preferred because it’s relatively inexpensive and a less polluting power source. Although the construction of a hydropower plant can have little effect on the environment, it tops the charts in regard to better climate compatibility when compared to other energy sources such fossil fuels and nuclear. Hydropower is the main source of energy in most countries in South America and Nordic region. Countries like China and India that have high affinity for energy heavily rely on hydroelectricity to satisfy that demand. Fossil fuels like coal, oil and natural gas are being scaled back due to the grave environmental impacts they bring.

Long ago, hydropower was majorly used to grind grain to produce flour, for sawing timber and to provide water for irrigation. Ancient Egypt was the first civilization to tap hydropower for irrigation purposes. The government constructed huge flat basins adjacent to the Nile River with sluices that were able to divert water into those basins when floods were at peak. This enabled farmers to grow crops all year round even when there was drought. Today, agriculture is still the bedrock of most economies and hydropower plays a big role in pumping water to farms.

In ancient times, hydropower was utilized for industrial activities like driving bellows in small sized blast furnaces. It was also applied to the extraction of metal ores; a technique called hushing.

Fossil fuels are increasingly becoming susceptible to extinction. Hydropower, in conjunction with solar and wind power, is seen as the hope when these fossils fuels are depleted. Also, when there is power shortage, hydropower steps in to fill the slack.

Telling the time by driving clocks is an exhilarating way to use hydropower. Water clocks take advantage of flowing water via precise opening to compute the passage of hours. These range from the very simple clocks in households, to huge mechanical devices hanged on buildings or carried along by royal processions.

Despite the fact that hydropower might not be entirely perfect, it boasts clean and reliable source of energy with numerous benefits to the society and environment. Considering that only a small percentage of the available hydropower potential has been harnessed, humans have a lot to do to be able to enjoy this never ending energy resource fully.