With growing concerns over the growing pollution, there has been an exhaustive search made for means of alternative energy. This has included tapping most of the renewable resources of the Earth and using growing technological awareness to create less pollution. As of now, there are eight different types of such energy that we know of and use.

However, these sources of energy were not always the alternative sources. We look for energy that can help replace the use of coal and petroleum. These were considered to be alternative sources of energy for other forms of fuels not so long ago. Coal became popular when it replaced wood as the main source of fire and fuel. Petroleum was used in place of whale oil, which had caused rampant whale killing in the 19th century.

Coal is still being used extensively in power plants to produce electricity. Though switch to renewable energy sources is gaining momentum, it may take a while to produce amount of power needed to run our daily lives. Similarly, petroleum is still leading source of fuel to run vehicles today. To counter the use of petroleum based products, electric and hybrid cars have seen a sharp rise in sales in last few years.

Both of these were utilized a great deal before it was realized that they were responsible for pollution and damage to the economy. However, the need for means of alternative energy reached a tipping point when these fuels started to become difficult to find. 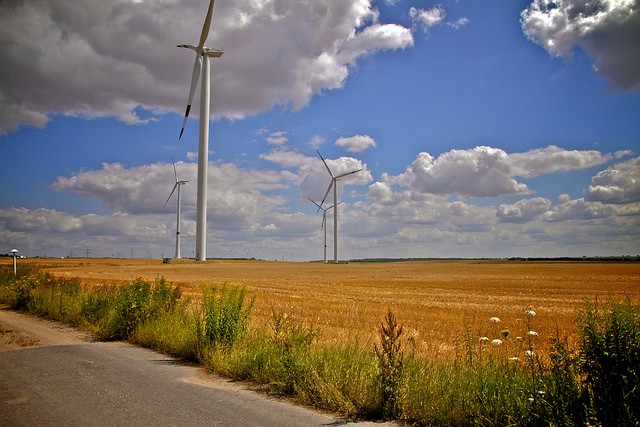 When it comes to energy, solar energy is ultimately the alternate source. Sunlight is required in the production of all fuels – including the non renewable ones. On it’s own, it has plenty of applications. Solar energy is an efficient way to heat materials. With the help of solar panels, batteries and the right equipment, we can use solar water heaters, solar cookers and solar powered bulbs. It can also be used to generate electricity in both small and large amounts. It is being used extensively these days in order to reduce electricity bills and become less dependent on the fuel based economy.

Another alternate energy natural resource that is renewable and has the potential to solve the energy crisis is wind energy. This is where windmills become our greatest ally. Large wind farms have been erected in areas where the wind is both fast and consistent. As the wind turns the blades of the machine, it activates the turbine motor, whose turning can produce electricity.

Unlike solar energy, this cannot be transported or used directly. However, it has bought us one step closer to closing the gap between demand and supply. As a means of alternative energy, it is clean and produces no pollution whatsoever. More than that, it requires much less capital than other forms.

Hydroelectricity is a common term that all us would know about. Heard mostly with the word “dam” and “waterfalls”, it is alternate energy that is created by the kinetic energy present in flowing water. The system again consists of a turbine, whose movement will create electricity. When the water falls from a great height, it spins the turbine at a very fast rate to produce power.

The method has been successful enough to warrant the installation of small scale energy projects in villages and inaccessible areas. Such means of alternative energy allow for smaller areas to be supplied with constant and clean energy. It is estimated that water energy could help in covering up the deficit and growing pollution over time.

Then there are means of alternative energy that are derived from plants. These are known as biofuels and biogas. Biofuels is also called Ethanol and it is derived from the fermentation of sugar. It is used as an additive to petroleum, since it burns in a cleaner way and the emission of greenhouse gases is less.

Biogas on the other hand, occurs naturally when biomass or organic waste material decomposes in the absence of oxygen. The resulting mix of gases is flammable and provides clean energy when burnt. It is the base of Compressed Natural Gas, which has found a great deal of use in the transportation sector.

Clean Energy exists in numerous ways within the Earth. One of these is Geothermal energy. The core of the Earth has an extremely high temperature, because of which it needs vents to cool down a certain amount. These vents act as a way to let out hot water and steam, which are now being used to generate electricity and provide natural heating for homes and offices.

It is one of the cleanest means of energy, since it relies on the natural processes of the Earth. Lately, it has also been used in industrial work to replace machine run heaters. Like other means of alternative energy, the possibility of use varies from country to country.

Hydrogen energy, when burnt does not leave any toxic gases in the atmosphere. The downside of using this alternate source of energy is that the technology is still in its early stage and it will take a long time before it can be used on a wide scale. 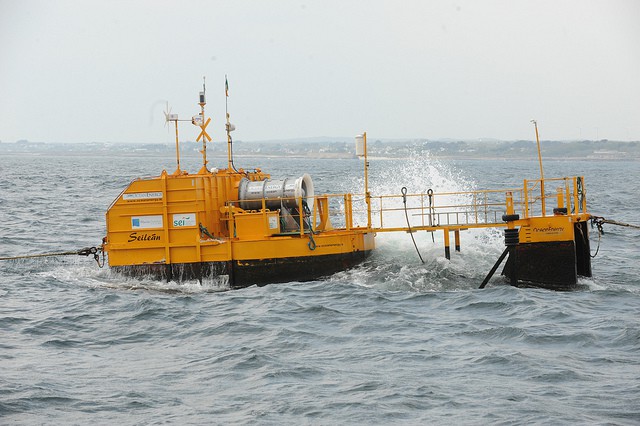 Tidal energy generators uses the rise and fall of tides to convert the kinetic energy of the tides to electrical energy. Tidal energy is considered as renewable source of energy as tides are produced constantly on sea shores and can be used to produce electricity on a large scale. Secondly, they are more predictable than wave energy.

Wave energy, on the other hand, is produced from the waves that are produced in the oceans. Waves are nothing but constant disturbances produced on the surface of water. Wave energy, like tidal energy, is completely renewable, widely available, environment friendly and cause no damage to land. But the downside of using wave energy is that may affect marine ecosystem, suitable to certain locations, highly dependent on wavelength and source of disturbance to private and commercial vessels.

Biomass energy is the alternate energy that is contained within plants and animals. Cholorophyll present in the plants absorbs carbon dioxide from atmosphere and water from the ground through the process of photosynthesis. The energy absorbed by plants is passed to animals when they eat them.

Biomass energy is considered to be renewable as the same energy is released back in the atmosphere when dead plants and animals are burnt. This way we can grow more plants and create more biomass energy. Biomass energy also include organic matter of all kinds- plants, animals and waste products from organic sources.

In search for alternate energy, scientists have also been able to develop techniques to use nuclear fission and hydrogen. The use of hydrogen has been adapted for vehicles, while nuclear fission is being used to create clean electricity.

Conserve Energy Future is a participant in the Amazon Services LLC Associates Program, an affiliate advertising program designed to provide a means for sites to earn advertising fees by advertising and linking to Amazon.com. Amazon and the Amazon logo or trademarks of Amazon.com, Inc. or its affiliates.
33 Shares
Copy link
CopyCopied