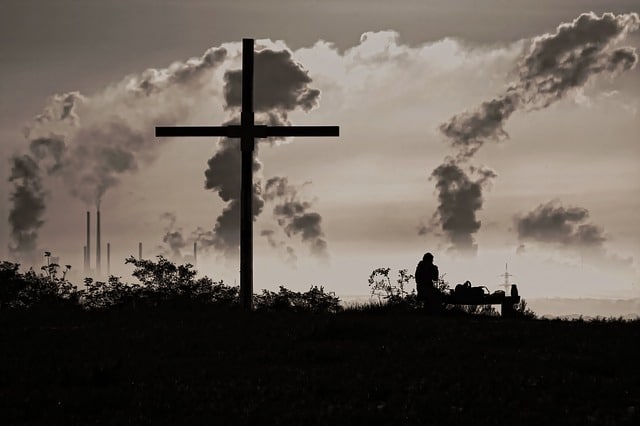 Air pollution is a growing problem around the world, with individuals and nations alike pumping enormous volumes of harmful pollutants into the atmosphere every day. These pollutants are not only dangerous to the health and wellbeing of plants, animals, and people, but they are also a major contributor to recent climate shifts observed across the globe.

Cutting down on the volume of pollutants produced is a crucial step in managing our negative effects on the climate. How can this be achieved? One of the first and most important steps is identifying some of the most common and prevalent pollutants, understanding where they come from, and recognizing their effects. This knowledge will help you to identify the key ways in which you can cut down on air pollution and contribute to a global decline in the volume of pollutants found in the air.

With this in mind, here are some of the most important pollutants to know.

Carbon Monoxide is a highly toxic and dangerous pollutant, infamous for its lack of identifying color and smell. At one point, this gas was extremely prevalent in homes for use in domestic heating before it was found to be unsuitable, and it has since been replaced by much safer solutions such as natural gas and electricity. However, this gas is far from extinct in human use.

Sources: Most commonly, Carbon Monoxide is produced by combustion engines running without modern catalytic converters. Other common sources of Carbon Monoxide are old gas and fuel appliances, incinerators, and even cigarettes.

Effects: Carbon Monoxide can have a profound effect on the environment as it is extremely poisonous and can contribute to very dangerous ground-level air and ozone conditions.

Lead has long been known to be a dangerous substance. Once commonplace in nearly all gas and aviation fuels, there has since been a tremendous effort to reduce the amount of lead found in these substances. Since the introduction of lead-free gasoline, the volume of lead in the atmosphere has dropped enormously.

Sources: While efforts have been made to remove lead from fuel, it continues to be present in some aircraft fuel. Similarly, the outpouring of lead from metal processing plants and the release of lead from waste processes such as incineration and battery acid production means that there is still enough lead in the air to recognize it as dangerous pollution.

Effects: Lead can not only poison humans, but it also has a profound effect on natural ecosystems. Contaminating air, soil, and water, lead can cause damage to flora and fauna alike.

Ozone is not inherently bad. After all, the ozone layer is one of the major protections mankind has against harmful solar radiation. However, ground-level Ozone has become a major problem in recent years.

Sources: Ground-level Ozone is formed by chemical reactions between multiple different oxides found in the air, which – when exposed to sunlight – can form new compounds and leave Ozone as a by-product. The majority of the emissions which make up Ozone come from the usual suspects, such as car exhausts, factory processing, electric utilities and power plants, and even some chemical solvents.

Effects: Ozone is a dangerous substance for most living organisms, and as such, an increase in ground-level Ozone has a notable effect on human health as well as the overall health of multiple ecosystems on land and in the seas.

Sources: Nitrogen Dioxide, like many other pollutants, is most often released into the atmosphere by the burning of fossil fuels in car engines, airplane engines, factories, and power plants.

Effects: In addition to being a choking and obstructive gas in the air, Nitrogen Dioxide also has the propensity to react with other agents to form nitric acid and organic nitrates, contributing to the formation of acid rain.

Needless to say, Nitrogen Oxide has a huge effect on humans, increasing the likelihood of respiratory problems, cancers, and other lung problems. Acid rains produced by Nitrogen Dioxide are extremely harmful to plants and animals across the world and can lead to further problems in water systems.

Sulfur Dioxide is a substance most closely associated with the steam age and locomotives, as the biggest culprit in its production is coal combustion. However, these days are not so far gone as you may have thought.

Sources: To this day, locomotives, ships, planes, and other equipment still produce huge volumes of Sulfur Dioxide. Industrial processes, particularly ore extraction and purification, are also producers of the gas.

Effects: Sulfur Dioxide, like Nitrogen Dioxide, is a compound that often mixes with other pollutants in the air to form harmful acids, but it is also harmful on its own. Common effects of Sulfur Dioxide poisoning are respiratory problems, eye problems, and even heart and circulatory problems. Importantly, Sulfuric Acid, created by the mixing of sulfur with water, is a potent acid that is not only destructive to human property but also to trees, soils, and water systems.

Particulate Matter is something a lot more visible and tangible than the components listed above but is no less dangerous or harmful. The matter generally consists of soot, dirt, and chemical by-products produced through combustion or chemical mixing.

Sources: Particle matter is produced by nearly every single process involving chemicals and fuels, as well as more innocuous processes such as farming and road construction. Any process which produces a physical by-product will generally result in particulate matter.

Effects: Particle Matter ranges from annoying to extremely dangerous, often hampering visibility on roads and causing respiratory problems. Particulate Matter is associated with a range of heart, lung, and eye conditions in humans and is also linked to an increased likelihood of developing cancers later in life.

This greenhouse gas is a natural by-product of respiration. It is also associated with the burning of fossil fuel.

Comes from the gas emitted by livestock and swamps.

Sources: Since the Industrial Revolution, human sources of methane emissions have been growing. The current increase in methane levels has been caused by fossil fuel production and intensive livestock farming. Together these two sources are responsible for 60% of all human methane emissions. Other sources include landfills and waste (16%), biomass burning (11%), rice agriculture (9%) as well as biofuels (4%).

Effects: Methane, when released into the atmosphere before it is burned, is harmful to the environment. It is able to trap heat in the atmosphere, therefore, contributes to climate change. High levels of methane concentrations in the air can reduce the amount of oxygen breathed from the air. It is very dangerous to the human body and can result in suffocation, mood changes, slurred speech, vision problems, memory loss, nausea, vomiting, facial flushing and headache.

Once used as propellants in aerosol items and in refrigerants, CFCs have been outlawed due to the hazardous effect on the ozone layer.

Sources: Chlorofluorocarbons, also known as CFCs, consist of chemical compounds made up of chlorine, fluorine and carbon. CFCs have no significant natural sources. CFCs have been used as refrigerants in air conditioners and refrigerators, Halon in aircraft, in aerosol spray cans, in manufacturing foams as industrial solvents, and as cleaning agents in the manufacture of electronics.

Effects: CFCs contribute to the loss of the protective ozone layer, which blocks ultraviolet rays from the sun. This exposes more people to UV radiation, which can cause skin cancer. According to the American Cancer Society, one in five Americans will develop skin cancer in their lifetime.

VOCs are emitted into the air from products or processes.  For example, Benzene, 1,3-Butadiene are volatile organic compounds.

Sources: The main source of atmospheric benzene in Europe is petrol vehicles, which account for about 70% of emissions. Another 10% comes from the distillation, refining and evaporation of petrol from vehicles.

The main source of 1,3-Butadiene is also principally from road traffic, in the combustion process of petrol and diesel vehicles. Unlike benzene it is not a constituent of fuel but is produced through the combustion of olefins. An additional source is from industrial processes such as synthetic rubber manufacture.

While a lot of work has been done to reduce the prevalence of Particulate Matter in the air, it still comprises a considerable risk to public health as well as to environmental integrity. Particulate Matter is especially harmful to animals in the wild, with mammals being disproportionately affected due to their size and comparatively sensitive respiratory systems.

What Can You Do To Help Reduce Air Pollution?

So what can you do to help reduce air pollution?