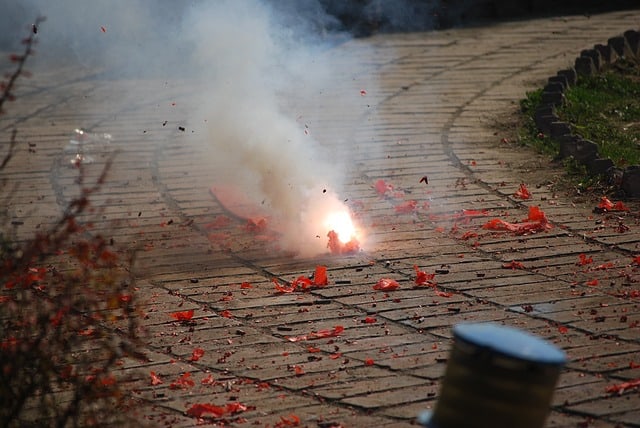 Noise pollution refers to a sound that is annoying, a nuisance or undesired for the ears and that which can impact the activity or behavior of the animal and human life. It is also known as sound pollution or environmental noise, mainly caused by transportation and transport systems like vehicles, trains, or planes, and machines, music systems, megaphones, and industries, to mention a few.

Noise is regarded as a pollutant majorly because it disrupts the natural flow of hearing or the normal hearing sense. Given that noise is sound that is undesired, it can have adverse effects on both humans and animals, as discussed in this article.

1. Noise pollution – The second-largest Environmental Cause to Health Problems

According to a World Health Organization (WHO) finding, noise is the second largest environmental cause of health problems, just after the impact of air pollution (particulate matter). As per the current data, it is estimated that environmental noise contributes to 48,000 new cases of ischaemic heart disease a year, as well as 12,000 premature deaths.

Hearing is one of the five senses that human beings have. As such, it is an essential part of the life of any person. But as much as the ear serves the purpose of receiving sound waves, it can also do so to a certain limit. When it gets to the point termed as noise, it means it is undesirable because it interferes with one’s hearing capacity.

This is the reason people cover their years when there is really loud noise. Such loud noise can cause hearing impairment, which can even result in permanent hearing loss. Hearing loss due to noise pollution is attributed to prolonged exposure of noise levels above 85 decibels.

Tinnitus is defined as the sensation of sound in the absence of an external sound source. Tinnitus caused by excessive noise exposure has long been described; 50% to 90% of patients with chronic noise trauma report tinnitus.

Noise can deter sleep because of its psychological effect. Having noise around can distort peaceful sleep as it causes stress. Moreover, being in a noisy place means there is almost no chance of having any sleep. Inadequacy of sleep, in turn, interrupts the normal functioning of the body, leading to discomfort, fatigue, and general moodiness.

The ear is connected to the brain, which coordinates the body’s stimulus responses. For this reason, all the sound waves that hit the ear are sent to the brain for interpretation. This means too much noise also gets to the brain, and according to scientific reports, such kind of noise dulls the brain and contributes to a lower response rate by the brain.

Due to this, cognitive functioning reduces, and so does the ability to solve problems normally. Individuals who live in areas with too much noise, for instance, adjacent to busy highways, railway lines, airports or near loud night clubs, tend to have lower cognitive power compared to those who live in quieter environments.

Noise ‘excites’ the heart. Too much noise means the heart is also disturbed and ends up beating faster, increasing blood pressure. In loud noise, stress hormones such as adrenaline and cortisol are also released.

Therefore, blood pressure will definitely increase in noisy environments, thus prompting faster flow of blood, which in turn leads to the secretion of catecholamine, a hormone that further magnifies the number of times the heart pumps blood. As long as there is no harm in this, regular exposure will keep the body getting higher impulses leading to increased blood pressure.

If blood pressure keeps rising, it may open up chances for heart-related diseases such as high blood pressure and stroke. Other cardiovascular diseases include hypertension and arteriolosclerosis, which are caused by the dilation of the pupil and constriction of blood vessels.

This is different from cognitive thinking. Too much noise means disturbance of peace, which may lead to annoyance or anger. People in this state tend to have constant headaches, which may even intensify if the noise is continuous.

This may lead to amplified stress levels, and thus, emotions take over, and violence may ensue. This type of behavior is reported to be due to anxiety. With such behavior, it becomes hard to concentrate on work and achieve set goals owing to reduced work efficiency.

Varying studies have been conducted to estimate the effect of noise pollution on reproduction in human beings, and surprisingly, most of these studies have posited that pregnant women exposed to noise pollution during the course of their expectancy tend to give birth to children with less body weight. The stress levels experienced by the expectant mother equally disturbs the unborn child.

See also  How Does Air Pollution Kills Plants and Animals?

High decibel noise can create inconvenience and may not allow two people to communicate clearly. This may lead to misunderstanding, and one may get difficult understanding the other person. Constant sharp noise can cause severe headaches and disturb the emotional balance.

Effects of Noise Pollution on Animals

Some birds and animals like bats, whales and dolphins use their sharp hearing abilities – known as echolocation for movements, foraging, and avoiding prey. Noise pollution has negated this since the noise monopolizes all the sounds present.

As a result, there is increased migration by animals from their natural habitats in search of quieter places where they can feed comfortably. Some animal species have slowly become extinct due to this. They migrate to other ecosystems that are not suitable for them and end up dying.

Dolphins and whales are frequent visitors to the shallow waters of large oceans. But because of the continuous loud noise caused by drilling machines in the oceans, some of these animal’s hearing capabilities have been severely impacted, with some having a permanent hearing impairment.

Noise has the greatest impact on males with the most attractively colored resonators. For example, exposure to unwanted sounds and increasing levels of stress and immunosuppression can cause aberrations in the coloration of vocal sacs, a flexible membrane that enhances sounds, in male tree frogs. This, in turn, affects sexual selection in these animals.

Disturbances in reproduction and selection of a partner lead to significant disorders in the population in general.

Animals use unique voices to know the locations of mates and stay away from danger. Birds also use low pitched sounds in order to attract mates. Some of the sounds made have been said to be too low, only audible to the animals that can pick up the sound at that wavelength but inaudible to the human ear.

A noisy environment would prevent this, leading to the near-extinction of various species of birds and animals as it makes it difficult for them to mate and breed. Without breeding, it means no new offspring.

Bigger animals are able to survive in noisy areas. The case is different for smaller marine organisms, such as cephalopods – one of the many species of shellfish. These marine fish are heavily affected by the noise coming from moving vessels. The slow movement of large ships over areas where they call habitat can lead to their death.

During seismic surveys, compressed air ‘bullets’ are sent deep into the ocean at high speed to search for oil deposits at the bottom of the oceans, resulting in enormous noise in the aquatic environment.

Within an hour of a single shot, the amount of zooplankton, organisms at the very base of the oceanic food chain, decreases by an average of 64% in this area. It disturbs the whole ocean’s trophic network.

The noisy underwater turbines and submarines also emit very high levels of noise decibels that end up disrupting and even destroying marine life.

Noise deters the productivity of animals both in the wild and domesticated. Cows produce less milk if there is any noise around them during milking. They get agitated and tend to withdraw the milk due to fear and discomfort. Chickens are also adversely affected by noise. There is a drastic drop in the production of eggs for layers in noisy environments.

Like human beings, wild animals also experience a change in behavior depending on the level of peace or noise present. The agitation caused by noise influences heightened aggression levels in all animals, and interestingly, irritation has even been reported for birds.

Noise makes them unable to communicate, which may change their behavior into aspects such as cannibalism. Beetles, as another example, are so disturbed by the noise that they end up killing each other.

Whereas some of the animals cannot make it in a noisy environment, the rest either die or bear a tough skin through to the end. It is up to the animals to survive in order to ensure the continuation of their species. As such, animals are slowly adapting to life in urban areas. Instead of the usual calling sounds between females and males, animals are using higher pitches to surpass the noise levels.

At times the rise in pitch may lead to confusion, but birds such as water birds and tits have been able to survive in urban settings despite chirping louder. Some birds, on the other hand, have had to change their singing from daytime to nighttime when there is reduced noise to survive.

Hermit crabs, tortoises and turtles are some of the animals that withdraw to their shells when trouble strikes. The presence of boats or human activity quickly warrants trouble leading to their withdrawal.

Noise pollution for long periods of time has distorted this pattern, especially in crabs. Their reaction time to danger has slowed, which puts them at a disadvantage when faced by predators.

The marine mammals, Cetaceans (including dolphins), rely on echolocation to communicate, navigate and find partners. They are particularly vulnerable to intensified noise. The excessive noise interfering with echolocation, therefore, disturbs many of their key cognitive behaviors and functions.

Sonar devices are a special problem with sound intensity as high as 235 dbs. Such sounds can damage hearing organs of cetaceans.