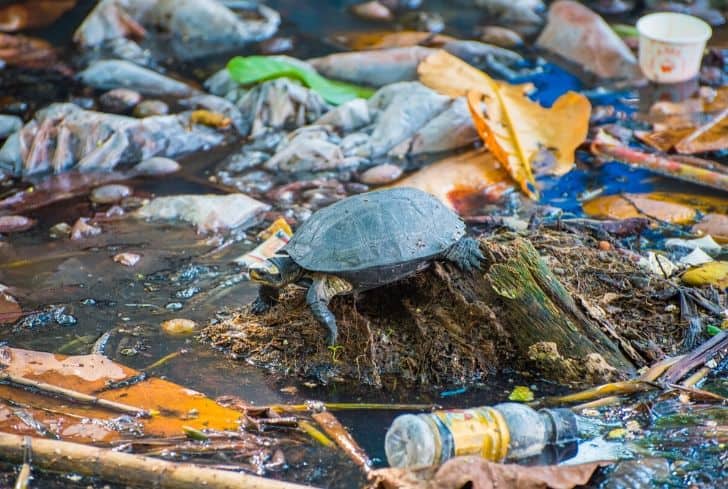 Water pollution is one of the biggest threats to humanity and the ecosystem. The world is 71 percent water, and the oceans hold 96.5 percent of that source.

There is a lot of water on earth, and you may think we could never run out of this resource. But you would be wrong, especially considering the rate of pollution.

But aside from depleting our water source, what are the effects of water pollution on biodiversity? Keep reading to find out!

How Does Water Pollution Impact Biodiversity?

Many of the products we enjoy are polluting the environment. Examples of water pollutants include thermal, radioactive, and organic and inorganic contaminants, pathogens, and suspended solids.

The chemical industry is among the largest sources of water pollution, accounting for both organic and inorganic waste.

Let’s talk about biodiversity for a bit. It refers to all living things including humans; the genetic diversity of species in the ecosystem.

Biodiversity is important because it can provide for basic human needs like fuel, shelter, food, and medicine.

Water pollution releases harmful substances into water bodies like rivers, lakes, and oceans. Anything that affects the typical functioning of the ecosystem is a pollutant.

They are out of place there, so they’ll affect the health of living creatures or biodiversity in the aquatic regions by changing the environmental conditions. The degree of damage depends on the concentration of the pollutant and the type of toxic substance in question.

And although water pollution happens in our water bodies, the toxic substances will spread to other domestic and commercial areas, such as crops, animals, and even our drinking water.

Some other effects of water pollution include:

Water pollution also affects the food chain. Small animals in the oceans and other water bodies eat almost anything. And when they ingest toxic materials like lead, cadmium, and other pollutants in the water, animals higher up the food chain will also consume them.

Did you know that even natural materials can become pollutants when they occur excessively in an area? For instance, a buildup of substances like nitrogen and phosphorus causes something called a dead zone.

It’s often introduced through fertilizers in agriculture, making the environment unsafe and unsuitable for habitation. Ultimately, it drives aquatic life away and sometimes to their death.

How Does Water Pollution Affect the Environment?

Water is a vital resource for biodiversity and human survival. Virtually every living creature needs water to survive, but some things are poisoning our sources.

The effects of water pollution on the environment are significant, and they include:

1. It affects aquatic flora and fauna

Fish, mammals, turtles, and an array of flora and fauna life forms live in our water bodies and rely on their cleanliness for survival. The oxygen and other natural factors are so sensitive that introducing foreign materials can disturb the environmental conditions.

Plastics, oil spills, fertilizers from agriculture, and paper are common materials in our water bodies.

Oil spills block the surface of the water and prevent sunshine needed for photosynthesis and cell metabolism from penetrating.

Additionally, these pollutants hardly decompose in time, so they remain in water bodies for centuries. Aquatic creatures can’t always tell the difference between food and pollutants, so they feed on these items and die.

Although eutrophication is caused by air pollution, it affects our water bodies. This is a phenomenon where nutrients are abundant in an area, resulting in an overgrowth of algae and plant cover.

This reduces the amount of oxygen and sunlight that penetrate the water. If the aquatic life in the area isn’t comfortable there, they’ll have no choice but to migrate.

When algae are encouraged to grow in large quantities, they endanger humans and aquatic species. Toxic algae are formed, and they are harmful to marine life. They release harmful gases and toxins and take up all the oxygen in the water.

Again, this displaces fish, mammals, and other aquatic creatures in the area. Unfortunately, the reports about algae blooms are rising, leading to the shutdown of water supply systems worldwide.

Another downside of water pollution is that it causes waterborne diseases. And it propagates the spread.

Toxic substances like lead and mercury are leading causes of death from water pollutants. These materials are often ingested by fish and other sea creatures we consume.

They give rise to conditions like cancer and hepatitis. But that’s not all.

There’s an increased mercury supply in our water bodies. And it also affects our drinking water.

5. Destruction of the ecosystem

Water pollution seriously affects the ecosystem. For instance, the movement of nutrients downstream may increase the growth of algae and other aquatic organisms. This creates a struggle for resources and the growing plants in most cases.

But that’s not the primary problem. This overgrowth of algae and microorganisms affects the marine environment by reducing the amount of oxygen available.

Research has also shown that coral reefs are depleting in numbers because of the rising temperatures of our water bodies.

This is a no-brainer. When the water is unsuitable for any life, whatever is left there will eventually die off.

Additionally, it is not uncommon for aquatic creatures like fish, crabs, turtles, and seagulls to mistake pollutants like plastic for food. When they eat these items, it gets stuck in their throats and suffocates them or merely kill them in the long run.

Pollutants may also affect the breeding capacity of affected animals. This can cause a loss of entire species if care is not taken.

Does water pollution affect water quality? Indeed, it does.

And this is through acid rain.

Acid rain is a phenomenon where toxic gases like sulfur and nitrogen mix with water in the atmosphere, creating a weak acid. This falls onto the soil and our water bodies, serving as a pollutant.

Acid rain leaches aluminum from soil clay particles that leak into the ecosystem. But that’s not all – the more acid rain falls, the more aluminum is exposed to the environment.

Although some aquatic life can withstand the toxicity of these poisoned waters, not every species is lucky. Acid rain can also affect breeding; at pH levels five and above, it becomes challenging for fish eggs to hatch.

If the acidic levels are too low too, the fish die.

Once again, water or any pollution affects all aspects of biodiversity. Let’s talk about the effects on animals for a bit.

The contamination of our waters will affect everyone, especially wild animals. They don’t know that toxic substances are in the water and will undoubtedly get affected when they drink them.

Water pollutants caused by fertilizers, human waste, industrial waste, mining activities, and hazardous waste from gas stations find their way into drinking water when pollution gets out of hand.

Disruption in the food chain

This is a common one. Water pollution affects animals when the concentration of toxic substances is so much that animals mistake it for food. Or, they ingest these poisonous substances like mercury and lead.

The damage doesn’t end with them, though. Instead, there is a high chance that whatever eats these infected creatures will also suffer the effects.

For instance, fish and shellfish feed on the smaller animals in the water. We are also notorious fish lovers, so it won’t be a surprise if humans also end up ingesting these materials.

How Does Water Pollution Affect Birds?

You will be mistaken if you think birds cannot be affected by water pollution. Despite being airborne creatures, they are also susceptible to the toxicity found in polluted waters. For instance, studies have shown that north of 400,000 birds has died from oil spillage alone.

This happens when birds attempt to clean themselves and enter these large puddles of lubricant. Getting out is always tricky, if not impossible.

Birds lose their feathers in the process. And this exposes them to increased exposure.

Additionally, the helium balloon we have so much fun with may also endanger the lives of birds. Because of how heavy winds operate, it is no longer uncommon to find birds with strings hanging from their necks or bodies.

Pesticides and heavy metals are also found in our water bodies and can cause food poisoning and death in mammals.

Water birds rely on fish for survival, but when these toxic substances have already driven the aquatic creatures out of their habitat or killed, there’ll be nothing left to feed on. And the birds will either die or migrate, upsetting the balance of nature.

Water pollution also affects aquatic life, whether in fresh or marine habitats. These creatures need three essentials for survival, and water pollution takes it away from them.

One notable way water pollution affects aquatic life is through the buildup of nutrients in an area. These nutrient-dense regions of the water encourage an overgrowth of algae blooms.

When these substances are too much in an area, they take over the resources. This means they get the most sunlight, oxygen, and other factors needed to grow.

It is still a problem because water can become dense easily. When substances take up excess energy, such as when the dead algae bloom decay, the rest of the aquatic life will be hard pressed for resources.

This creates a dead zone that becomes unlivable for any aquatic life.

How Does Water Pollution Affect Crops?

Water pollution in crops doesn’t affect them alone. There are many ways water can become polluted, sometimes without our knowledge.

Bad water, such as acid rain, contains sulfuric and nitric acid. If they contact trees and leaves, they damage the fine hairs on them. And these hairs are integral to their survival because they aid the absorption of nutrients.

Did you know that water pollution also affects photosynthesis? It reduces the capacity of water to dissolve gases like carbon dioxide, which are needed for synthesizing sunlight.

Water pollution will also make the soil acidic and unpalatable for many crops. It reduces the amount of calcium, iron, magnesium, and other vital soil resources needed for plant growth.

Pollution is an undesirable phenomenon that the world is currently suffering through. It leaves the ecosystem and biodiversity vulnerable.

We believe that sensitization about water pollution is the starting point to ending it. Spread the awareness any way you can; together, we can save our environment from doom.