What is an Ecosystem?

Ecosystem encompasses all living things (animals, plants and microorganisms) and non-living things (earth, climate, soil, sun, weather, and atmosphere). All these components make up the environment and they are critical for the natural and normal functions of all the activities on the planet. In short, they are the foundations of the ecosphere and influence the health of all the systems on earth.

For example, ecosystems determine the niche played by each and every organism and how they interact with the non-living things such as water, light, air and climate. It’s otherwise said to be an intricate and interconnected system where living and non-living things function. 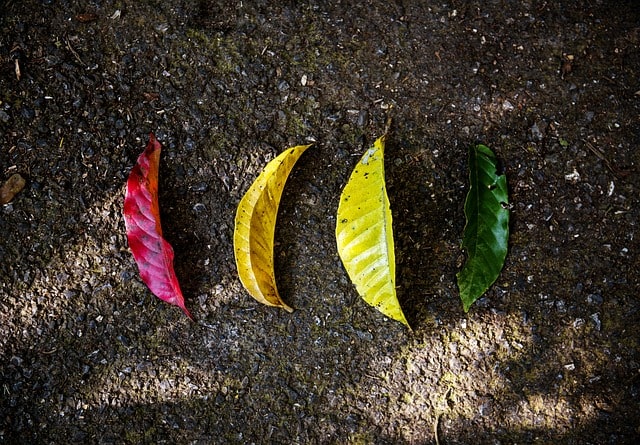 Due to this intricacy and interconnectedness, any activity that disturbs the natural balance of these components affects the ecosystem. Anthropogenic activities top the list as there are numerous human actions affecting this balance. This article outlines various human activities affecting an ecosystem.

With the ever increasing number of the world’s population, there is similarly a soaring demand for sufficient food. The population growth rate is hence driving the world to clear forests in order to create more room for agriculture. Based on data by the UN Food and Agriculture Organization (FAO), more than 40% of earth’s surface now supports agriculture, and a bigger fraction of these lands were formerly covered by forests.

The invention of plastic has created one of the most problematic pollution problem ever witnessed on the face of earth. Waste plastic is everywhere on earth even in the oceans. Plastics remain in the environment for thousands of years and have long-lasting consequences on the fragile ecosystems and regulatory cycles.

Presently, the world produces nearly 300 million tons of plastics yearly and 20% to 40% of this winds up in the landfills with 10 to 20 million tons finding way into the world’s oceans, interrupting aquatic life. Plastics floating in the world oceans are estimated to amount to 5.2 trillion weighing a total of 268,940 tons based a research study done by World Watch Institute.

The chemicals present in the plastics are released in the waters, interfering with animals endocrine systems and changing their reproduction patterns. They can also cause rapid cell division which may result in cancers. Above all, since the plastics remain in the oceans for years and years, they can ultimately reverse ecosystems with damage costs approximated at 13 billion US dollars in a year.

Wildlife is most affected and some have even died after consuming unusually great amounts of plastics. A whale found dead in the coast of Scotland in June 2017, for example, had consumed nine pounds of plastic causing blockage in its digestive tract. To make the matters even worse, more than 4,000 cases of fish with plastics in their bodies have been recorded worldwide.

3. Emission of Carbon Dioxide and other greenhouse gases

The emission of carbon dioxide and other greenhouse gases namely methane and hydrofluorocarbons (HFCs) are human induced through combustion of fossil fuels and the use of man-made products. In a bid to generate energy, the world has continued to depend on carbon-rich fossil fuels namely gas, oil and coal.

The combustion of these fossil fuels to produce energy in the years between 1870 and 2013 produced approximately 400 billion tons of carbon dioxide into the atmosphere. Today, carbon dioxide levels are said to be surprisingly higher than ever in history. As a result, global temperatures are in the rise contributing to sea level rise and extreme weather events like heat waves, flooding, tsunamis, and droughts. The sea level rise and extreme weather events have in turn altered ocean and land ecosystems, impacted food chains and biodiversity, and intensified desertification.

4. Destruction of the reefs

Ocean reefs are the globe’s richest oceanic ecosystems but human activities have led to their destruction by upsetting the natural flow of nutrients and energy that support plant and animal species in the marine world. Water pollution, climate change, overfishing and acidification of marine waters are the repercussions of human activities that have caused the destruction of coral reefs.

Experts say that one-fifth of global reefs are already destroyed and one-fourth of reef species might go extinct by 2050. Further, the livelihoods of about 500 million people globally depend on the coral reefs for survival because these are the critical growth and reproductive areas for many fish species.

The reefs simply provide shelter and productive grounds for aquatic species and upon their degradation or destruction, they stop providing the essential materials for a vibrant interconnectedness that is necessary for supporting specific aquatic ecosystems. The reason for this is that the destroyed coral reefs are mainly dominated by jellyfish and bacteria, which limits the capacity for sufficient regulation of energy and nutrients.

Black carbon particles have been generated by human activities for hundreds and hundreds of years. Black carbon particles are materials emitted into the atmosphere as smoke and are produced from cooking with solid animal fuels, burning firewood, diesel car exhausts, and the burning of trees. The presence of these particles in the atmosphere creates a heat-absorbing layer that gives rise to increased global temperatures, thus compounding the global warming effect.

Nations heavily dependent on diesel fuel, coal, and burning of wood or cow dung fuel for heating and cooking are the biggest emitters of black carbon. Black carbon has also changed weather patterns and reduced rainfall in West Africa and south Asia according to various science reports. It has also played a role in the melting of the glaciers in the Himalayan region, threatening ecosystems and water supplies for millions people.

Various anthropogenic activities have heavily destroyed fresh water supplies such as rivers, streams, and aquifers. Intensive agriculture is a leading cause on the account of the large amounts of chemical fertilizers, herbicides and other agro-chemicals that find way into waterways.

Intensive agriculture is also water intensive thus over-drains rivers and degrades critical freshwater aquifer recharge areas. The construction of man-made dams and water-diversion for irrigation or during infrastructural construction has also made the natural flow of water in rivers and streams inefficient. As such, these practices have gradually destroyed fresh water recharge capabilities, increased salt intrusion, and changed local weather patterns in turn affecting local ecosystems such as forests, lakes and wetlands.

Increased salt concentration in lakes has made it difficult for some fish species to survive. Furthermore, most of the world’s lakes that supported a wide range of diverse animal and plant species have shrunk by more than half of their original sizes just because of over-draining rivers and the destruction of fresh water aquifers.

Overhunting and overexploitation of natural resources through activities like overfishing and mining have caused a reduction in the number of varied plant and animal species. In other words, the diverse existence of animal and plant species in different habitats has been widely affected by overhunting and overexploitation. These human activities do not give room for the replenishment, growth, or new development of already exploited or harvested products.

Overhunting can cause extinction, destroy natural reserves and breading areas, and affects food chains. Therefore, whenever any living thing or native species that plays a part in an ecosystem is taken away in large quantities or becomes extinct, the entire ecosystem suffers and can be permanently altered. Also, when humans convert forests into farmlands or river basins into mining areas, the areas are made harsh for the survival of animal and plant species.

The globe’s escalating demand for food products has prompted scientist to resort to the use of genetic modified organisms (GMOs) to increase crop yields. GMOs also comes with the advantage of being more tolerant to extreme temperatures, the ability to flourish with less water, and better ability to resist parasites and diseases.

On the other hand, GMOs also comes with new biological elements that can impact natural ecosystems in numerous ways as reported by different environmental groups. One is changing the natural ways of competition or predation. Secondly, soil microbial populations regulating the flow of phosphorous, nitrogen and other important elements can equally be impacted. Thirdly, the genetic materials can be transferred to other native populations. All these GMO concerns can irreversibly terminate life at some point – a chance of “total ecocide” as reported by Global Research (Centre for Research on Globalization).

Conserve Energy Future is a participant in the Amazon Services LLC Associates Program, an affiliate advertising program designed to provide a means for sites to earn advertising fees by advertising and linking to Amazon.com. Amazon and the Amazon logo or trademarks of Amazon.com, Inc. or its affiliates.
18 Shares
Copy link
CopyCopied