By just taking a look around our environment; we realized that there is too much plastic that meets the eye at places such as dumping areas and even shorelines or by the roadside. Plastic is almost everywhere because it is used to do a lot of things ranging from the packaging of foodstuffs, water, used as mobile casing, and many other consumer products. Thus, plastic has become part of our lives.

These are some advantages that it has in our lives and we have to appreciate them, however here are some of the reasons why we should ban plastic bottles.

We are being choked to death by the amount of plastic that we throw away. It’s killing our oceans. It’s entering into our bodies in the fish we eat

25 Powerful Reasons Why Plastic Bottles Should Be Banned

1. Plastic bottles are a waste of Natural Resources

Oil is a limited resource that is required to transport and to manufacture plastic. Making plastic will require crude oil and water. It requires a lot more water to manufacture a bottle and very little to fill it.

3. Pollution of the Environment

Human beings have become careless to the point of ignorance and many of them can be seen throwing plastic bottles everywhere after use. The manufacture of bottles of water in various industries leads to the emission of dangerous forms of carbon into the atmosphere leading to pollution. Burning plastic will also lead to the release of dangerous toxins into the environment.

Plastic can take 10 years to 1000 years to completely biodegrade and this means that every plastic that has ever been made still exists in one form or another.

This means that plastic can never be changed into another form other than plastic and the only way of getting rid of plastic is through incineration. So far very few plastics are being incinerated and this calls for its banning altogether.

There has been a great illusion on the fact that bottled water is better and cleaner than tap water. The reality behind it is rather the opposite and tap water is maintained under very strict rules than that of bottled water.

This makes it even safer to use tap water than bottled water. If people could understand this then there would be no use of plastic water bottles and should thus be banned.

Degradation of plastic water bottles leads to the release of harmful chemicals. Reusing a plastic bottle might also provide a good breeding ground for bacteria. These often leave the body at a greater risk of absorbing the chemicals thus posing a great risk to general humanity. It is therefore advised to ban and get rid of them once and for all.

Many people have been made to believe that tap water is not safe for consumption. It is just a saying that many water bottling companies have been using even though the reality is that they use tap water to fill up their bottles. This is rather a big lie and this lie can be taken away if the bottles were not in existence anymore.

This is one of the greatest campaigns ever to be used in addressing issues of pollution. The world as it is at the moment is headed to a point of destruction due to different forms of pollution.

Go green is an initiative that will ensure that any form of pollutant including plastic is banned and a sustainable alternative is put in place to ensure global warming is kept at bay.

Plastics bottles have been known to harbor toxins that are harmful to the body of a human being. A perfect case scenario is bisphenol A, which is a toxin that is produced in reusable plastic bottles. Banning the use of plastic water bottles will make the world a safer place free of toxins like BPA.

Purchasing water from different outlets from time to time may seem to be such a difficult task as it is tiresome. An alternative is however presented where one can use a reusable bottle that is kept closed and can be filled from time to time. This makes the user be in a position where he can access water and stay hydrated.

The continuous consumption of water from a reusable bottle is very healthy in the sense that there will be an increased uptake of water in your body. This leads to a better balance of body water and fluids which will help in better digestion of food, in the long run, it will be important in getting rid of toxins from the body and thus promotion of weight loss.

An alternative to plastic water bottles is the reusable bottle. It comes in many colors and different forms which encourage the user to make a choice on the type and color of a bottle that can express him or her better. Carrying it around and filling it with water makes one express his feelings a lot better and in the process encouraging the ban on plastic bottles.

Due to the convenience of having plastic bottles with us at all times, it might be carried anywhere and after using it, it might be disposed of in the ocean or the sea. This has led to the Great Pacific garbage patch where there is too much plastic in the Pacific Ocean. Scientists have estimated that at this rate, there will be more plastic in the ocean than fish come 2050.

The less the bottles of water we have in the world, the easier it will be when it comes to cleaning the environment. A ban of plastic bottles will lead to reduced manufacture and therefore fewer dispositions thus it will be a lot easier to clean the already existing mess.

A decrease in the use of plastic will lead to a better world characterized by less environmental pollution. A ban on the plastic will, therefore, reduce the workload present in making the world a better and sustainable place to live in.

Plastic is cheap to make but it can also easily break in case of accidents. Having bottles made of other materials that are more durable will increase durability and thus the urge of disposing of broken plastic will be reduced. A ban on plastic bottles for a more durable option will lead to a healthier environment.

Plastic bottles are one of the greatest contributors to pollution. Banning them will mean that they will no longer be used in doing so many things. There will be less pollution and the health of human beings, fish and other living organisms will be much better and the conservation of their lives will also be easier.

Plastic bottles are made from crude oil which is a very limited resource in the world that we are living in. Since it is scarce; there is a need of conserving it for the future. A ban on plastic bottles will mean less use of crude oil on its manufacture therefore crude oil will be conserved for better use in the future.

20. Boxed Water as an Alternative

21. Availability of other Alternatives

A group of students has come up with an alternative to plastic bottles. They have made a biodegradable plastic bottle from natural materials such as algae. If this idea is taken up seriously, the use of plastic bottles will therefore not be important.

22. Inspiration From Other Communities

Many communities and towns such as Bundanoon in South Wales have decided to have a ban on the plastic bottle. They have managed to get rid of the plastic bottles and they have come up with other alternatives altogether. The world should take a look at what they are doing and follow suit.

The need to bring change has also greatly contributed to the need for banning plastic bottles. Different governments like India with an ambition to ban and discourage the use of plastic bottles have begun doing so by banning their use in government functions and offices.

Making clean water available at different points for the public will discourage the use and carrying of water in plastic bottles. This will make it easier for the public to accept the fact that plastic is bulky to carry around and it is not healthy. The ban will have greater support and the rate of adoption will be fast.

Biodegradable options for plastic bottles have been the topic of discussion in quite a lot of forums. Many have managed to get rid of plastic water bottles but the same plastic bottles are still being used in other beverages such as juice.

It is therefore important to have the same options used in other beverages too and make the ban on plastic a reality. 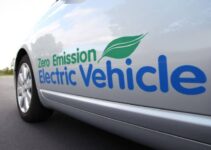