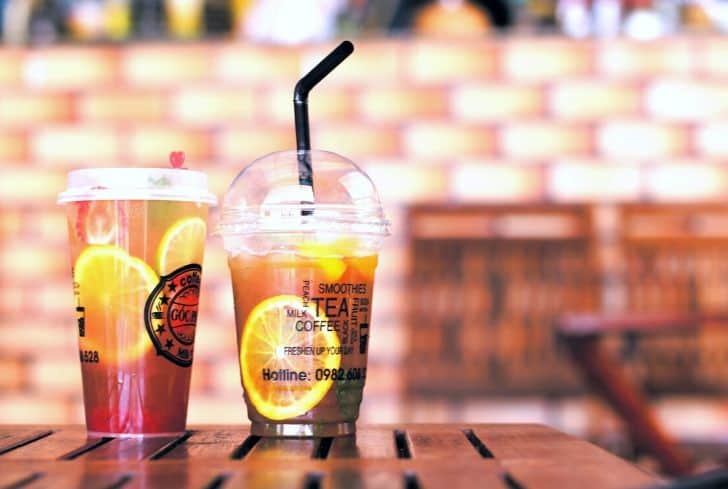 Biodegradable plastics are plastics that are capable of going through the process of degradation by the biological action of organisms or after being subjected to an environment that makes them easily break down. This is unlike the traditional plastics that are designed to last for a very long time. Because of the chemical structure of the traditional plastics, they are resistant to the natural processes of degradation. The quickest way of destroying them is by incineration, which increases carbon emission, further contributing to air pollution and climate change. For this reason, biodegradable plastics are an alternative to the mess of plastics.

As the name suggests and as hinted earlier, they are plastics that break down, degrade or decompose upon being exposed to bacteria, living organisms and attacks by rodents, insects or pests, water or dampness, ultra-violet radiation, sunlight, wind abrasions, and enzymes that contribute to degradation, or other biological action. Furthermore, no carbon or chemical fillers are used in the manufacture of biodegradable plastics and as such, they do not release carbon, methane or other pollutants to the atmosphere when they decompose or recycled.

How Are Biodegradable Plastics Made?

Unlike traditional plastics which are commonly made from petroleum products, the biodegradable variant is made from all-natural plant materials. The materials could include starch, corn oil, orange peels, and plants. The petrochemicals used to make the traditional plastics are the reason there are carbon emissions when they are melted down. They are harmful to the environment and further contribute to global warming and climate change.

1. Gathering materials: As already mentioned, biodegradable plastics are made from all-natural plant materials. To make one, therefore, corn starch, cooking oil, and water as well as tools such as spoons, a microwavable container, and a microwave are needed.

2. Proportions: You will measure one tablespoon of corn starch, one-and-a-half tablespoon of water, and three to five drops of cooking oil.

3. Preparation: The preparation stage involves mixing the ingredients in the microwavable container until a milky-looking liquid is formed. With that, the mixture is ready for microwaving.

4. Microwaving: The mixture is then placed in a microwave, at high temperatures for about 30 seconds. It will start to bubble and will become slightly transparent. It is important to keep an eye on the mixture, lest something goes wrong. As soon as the mixture becomes slightly transparent, it should be removed from the microwave. It should then left to cool down a bit before handling.

6. Colouring and use: Food coloring can be added to give the product some color. For use at-home products, there are a variety of ideas, including plant pots that can be used to grow plants indoors. When they are grown, they can be put in the ground without any worries since the pot is biodegradable.

This means it will decompose after some time, giving the plant roots room to grow into the soil. Other home-based products that can be made include a pocket watch with an exterior leather casing, rubber bands, or heart-like shapes and ornaments, which can be used to decorate a house or another product.

Plastics that fall under this type degrade through oxo-degradation – degradation from the cell-mediated and oxidative techniques. Small amounts of pro-degradant additives that break the molecular chains in the polymer are introduced into the manufacturing process, changing the behavior of the end product.

When the product’s programmed service life is over, as controlled by the formulation of the additive, and it is no longer required, degradation begins. Such products can also be made with the same machinery and workforce that produces traditional plastic products, only that there is the introduction of the additive, at little to no additional costs.

The product is consumed by fungi and bacteria after the additive reduces the molecular structure of the plastic to a level that can allow the microorganisms to access the carbon and nitrogen. The plastic biodegrades until all that is left is carbon dioxide, water, and humus, leaving no petrochemicals in the soil.

See also  How Humans Are Saving the Environment in 2020

Oxo-biodegradable plastics have been certified as safe for use with all food types at high temperatures and are also being used for direct contact with organic foods. These include oxo-biodegradable films, plastic carrier bags, containers for packing frozen foods and more, which are used all over the world and by giant corporations in the food industry.

They are plastics whose biodegradation is initiated by hydrolysis – a chemical reaction in which water reacts with a compound to produce other compounds. The plastics under this category are made from renewable resources. They contain starch contents and oil.

Such plastics are about 400% more expensive and are not as strong to use in high-speed machinery. They also emit methane, which is a greenhouse gas in a landfill. Hydro-degradable plastic bags use about 300% more energy to produce and are bulky and heavy. They are, however, not strong enough, especially when wet.

It is a less-known type of biodegradable plastic but exists nonetheless. They react and degrade after being subjected to ultra-violet light. Unless they are also oxo-biodegradable, they do not degrade in a landfill, sewer or other dark environments.

1. There are mandatory conditions for decay or degradation to occur

Even if they are labeled ‘biodegradable’, plastics do not decay as a banana peels would. They have to be exposed to high temperatures and sunlight for the decay to occur. They also take longer to decay and without the necessary conditions, the plastics may be unable to decompose.

For instance, there are claims that oxydegradable plastics cannot be anaerobically digested or effectively composted, and for these reasons, the may not often break down in landfills.

2. Biodegrading requires sunlight to breakdown, making it a problem for the oceans and the landfills

As plastics are usually washed away into oceans, the biodegradable ones equally present with almost similar problems as the traditional ones. Photo-degradable Plastics, for example, are designed to degrade at temperatures higher than 50°C, meaning they cannot biodegrade if they are in the ocean.

A problem with these biodegradable plastics is that they have to be exposed to direct sunlight. Such plastics are not buoyant, meaning they sink in the ocean, further placing them away from the direct sunlight that would aid in their biodegradation. It also means they would not decay as they should if buried in a landfill.

Biodegradable plastics are known to require a lot of energy and oil to make. For instance, 1kg of polylactic acid, which is a commonly-used bioplastic, requires 2.65kgs of corn to make. It, therefore, makes no sense to design a product that requires so much to make, yet self-destructs.

4. Their cost on the environment are equally high

Biodegradable plastics have also been criticized for not being all different from conventional plastics. For 270 million tonnes of plastic produced each year, it requires about 715 million tonnes of corn, which has a huge cost on the environment.

Moreover, it is a huge amount of food to use in making plastics when global warming and climate change is making it difficult to farm such crops.

5. Biodegradation should not be happening in homes

As already mentioned, the biodegradable plastics do not decay as a banana peels would. They have to be set in specific conditions for them to decompose as intended. It, therefore, means biodegradation should be taking place or should happen in industrial composting facilities, not in our homes. Placing them in a landfill will not provide the necessary conditions for decomposition.

6. Their effect on the ocean is harmful to marine life

Although they are labeled ‘biodegradable’, they cannot simply degrade because the ocean lacks the conditions necessary to promote decay. The oceans may sometimes be too cold thus preventing their effective breakdown – floating forever on the water surface just like the conventional plastic.

But if they break down, they leave behind tiny fragments that cause harm to marine life. The tiny fragments can be confused for food, which may adversely affect aquatic life to a point of killing them. They sometimes also entangle on the bodies of the animals, hindering their swimming, hunting, and flying abilities, making them easier targets for predators. They could also starve to death as they are unable to feed themselves.