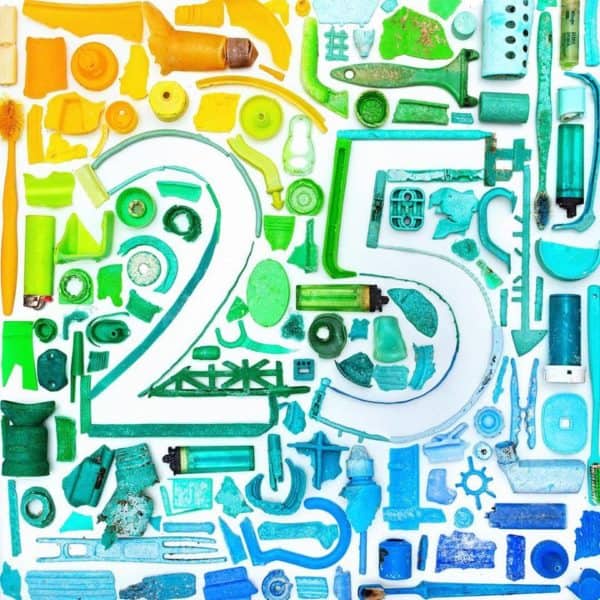 Before Christmas, the advent calendar is something every household would love to decorate their halls with around the whole world. Also, all of us would love to spend Christmas holidays on an island of beautiful pink beaches like that of Bermuda island, spread around 600 miles east off the coast of the Carolinas.

However, the tragedy is that not less than eight million tons of plastic end up in the oceans every year and beautiful pink-sand beaches like Bermuda and other coastal regions get washed up with ocean plastics and pieces of marine trash in millions. Interestingly, this Christmas advent calendar connects to ocean plastics by the creative endeavor of an artist according to the CNN report.

A local photographer and visual artist, Meredith Andrews came up with a unique idea to spread awareness of plastic pollution and ocean pollution. Accordingly, this December she decided to add a page of striking advent calendar every day to her Instagram as she calls it “Adventgram.” It contains a photograph of artfully arranged plastic items she collected from the shores of Bermuda on each page.

Meredith used Toothbrushes, bottle caps, lighters, fishing rope and glow sticks she found on the shore to make a creative statement with her art in the effort to awaken the conscience of humans towards ocean pollution. She wanted the trash to guide her to convey the message in her way.

According to her statement to CNN, we are chocking as well as drowning in plastic and not only that; we are killing and choking our ocean with plastic too. Plastic will bring disastrous effect on everyone on this planet.

There were all kinds of litter on the beach she picked up, but she uses only the items that people can easily recognize and relate to what they have thrown away.

Andrews focuses on a particular kind of trash each day. The advent calendar of December 1, focused on toothbrushes. She wrote that each year approximately 3.5 billion toothbrushes are sold, and it equates to 50 million pounds of waste in the United States alone. She gave an idea of using a toothbrush made of bamboo and also offers the suggestions to viewers to stop more of that item to flow into the sea.

There were entries ranging from variety of items like caps of the bottles (Dec. 2nd), plastic rope of fishing gear (Dec. 6th), glow sticks used by long-line fisherman as lures (Dec. 7th), containers of deodorant (Dec. 17th) to plastic toys (Dec. 20th) entry on doubles as a preferable last-minute Christmas shopping for their children.

Andrews suggested trying Green Toys as they have rocket ships, submarines, and tugboats made from recycled plastic.

It is not the first time Andrew is using her artistic skills to make people aware of ocean pollution. She tweeted an American flag made from plastic on the July 4th with the message not to forget to clean up after them.

The Royal Gazette reported about her piece “The Rainbow Connection” in an exhibition of trash art organized by Keep Bermuda Beautiful, the litter-cleanup group this summer.

At this time, plastic is the most critical universal problem. Every plastic ever made still exists including plastic pieces of five trillion and more already in the oceans. The World Economic Forum, estimated about 150 million tons of plastic in the oceans today, and according to other research done, between 5-13 million tons added to them every year.

John Rankin, the Governor of Bermuda, to help control the ocean pollution locally said single-use plastics would be chargeable on the island by 2020 and get eliminated by 2022. According to him, plastic and its dangerous impact on the environment is a global issue, and Bermuda should act consistently to preserve its oceans in the period of the manifested effects of climate change.

In this Christmas, the work of Andrews along with other efforts like Ocean Cleanup project and the trash-eating shark in Dubai will surely help to keep the trash out of the ocean.