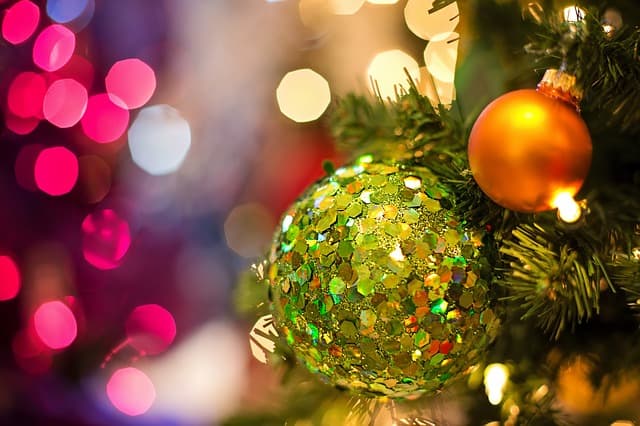 A seemingly harmless arts and craft material, glitter has been a part of fun Do It Yourself projects, an intricate part of the fashion and makeup world, and an all-around well-loved item for years. Yet beneath all that glitz and glam lies an unfortunate and little-known truth: that glitter is causing serious harm to the environment.

Glitter is known for its tendency to stick to all available surfaces and be virtually impossible to completely clean and get rid of, but apart from that flaw, it is also a particular kind of material that is a huge environmental hazard. These small, shiny plastic pieces are called microplastics, which are essentially thin plastic sheets which measure less than 5mm in diameter and are harmful for marine life.

These plastics are easily found all over the marine environment, from its depths to its surfaces, and are eaten accidentally by a variety of marine life. Birds that feed on marine life unwittingly introduce the microplastic into their system when they eat, which can result in them dying from starvation. Fish and other marine life like whale and planktons that ingest microplastics also face the same starvation hazard, and in fact, research suggests that these plastics are killing fish faster than they can repopulate.

But it isn’t just animals who face direct danger from microplastics – humans do, too, as we catch, cook, and ingest fish and other animals that may have microplastic particles in their systems, which contain chemicals and toxins few would want within their bodies.

News about the danger of glitter came to a head when nineteen kindergartens in the United Kingdom decided to cease all usage of the product in their classrooms in order to help save the oceans. The story spread worldwide from Tops Day Nurseries and gained traction quickly.

Meanwhile, in the United Kingdom, a ban on another assortment of microplastics is taking place, to be implemented in 2018: microbeads – a product that the United States has already partially banned since July and will ban the sale of in July 2018, while outlawing over-the-counter drugs containing them and other plastic particles beginning June 2019.

Microbeads are a kind of microplastic often present in hygiene products like body scrubs and facial washes, and over 8 trillion of them are flushed out into the waters of the United States every day. Canada has also banned microbeads since June, and Cosmetics Europe, which is a Europe-based trade group that represents cosmetic businesses, has often expressed recommendations for the use of microbeads to be discontinued.

In light of this ban about to take effect, many researchers and scientists are urging that glitters, especially those used in cosmetic products, should be similarly outlawed. As these products are washed off of the body and down the drain, potentially clogging waterways, the small glitter plastics are likely to find their way to the marine environment – where they will release dangerous chemicals into the water that could endanger water life – and beyond. In fact, in the opinion of many scientists, all varieties of glitter should simply be banned for good.

However, there is a flip side to this narrative, as there isn’t much evidence available on how much damage glitter itself is causing. A large majority of microplastics mainly come from plastic garbage and waste, which are broken down by waves and ultraviolet rays, and from the aforementioned microbeads, the latter of which do not degrade at all. Meanwhile, in an examination of 500 fish from the English Channel, around one third of which contained microplastic particles, glitter was not found at all among them.

As such, a complete ban on the product altogether right now could be premature, and more effective methods may help curb the microplastic problem. Instead, researches and scientists urge consumers and manufacturers to practice responsible product usage.

Companies such as Lush Ltd. in the United Kingdom have already moved to replace all glitter in its cosmetics and products, which were manufactured from polyethylene terephthalate or PET, with mineral and synthetic mica made glitter. In order to maintain glitter’s famous sparkle, starch-based luster is used to give it shine. The company urges consumers to check labels before purchasing any cosmetic products, and example of a manufacturer responsibly working to combat the microplastic problem.

Still, it can be a serious issue to expect consumers and smaller manufacturers to be aware of and to be held responsible for their use of glitter, which is why many scientists still believe that an outright ban may be the most necessary step. The implementation may only be most effective when coming from the top down.

Thankfully, those who enjoy the little sparkly shards do not need to stop using the colorful crafts altogether, and they can still purchase and use types of glitter that have been made to be biodegradable, and therefore, much more environmentally friendly.