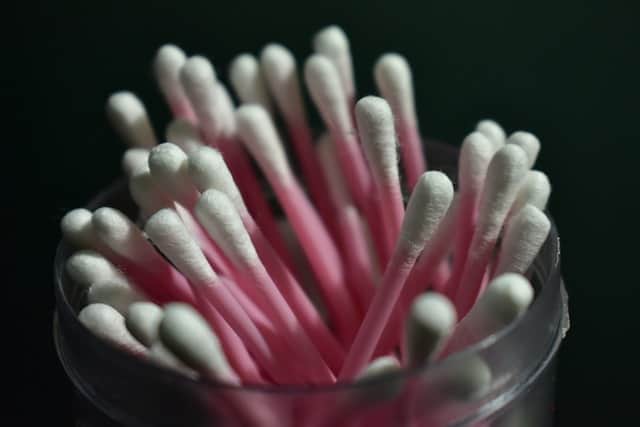 There has been a growing concern in the UK about the prevalent water pollution. In response to this, Scotland is set to impose a ban on both the use as well as the production of plastic handled cotton bud in her country.

Wastes on the shorelines and in beaches in Scotland, resulting from flushing used plastic cotton buds down the toilet, are estimated to be about half of the total plastic pollution experienced.

Scotland’s environment secretary, Roseanna Cunningham, had this to say, ” Banning plastic cotton buds would be a clear sign of our ambition to address marine plastics and demonstrate further leadership on this issue. Despite various campaigns, people are continuing to flush litter down their toilets. This has to stop.

Scotland’s sewerage infrastructure collects and treats some 945 million litres of waste water each day. These systems are not designed to remove small plastic items such as plastic buds which can kill marine animals and birds that swallow them. These products are completely unnecessary as biodegradable alternatives are readily available. The need for action is clear and I would encourage everyone with an interest in safeguarding our natural environment to take part in the consultation when it opens.”

Scotland will be the first country in the UK to make this move, well appreciated by campaigners, who described the move as — great news for the environment and wildlife. In fact, many organizations and big supermarkets, are already having a shift from the use and sales of plastic cotton buds to paper handled ones. An example is a prominent pharmaceutical giant — Johnson and Johnson.

Environmentalists have really applauded Scotland’s move to ban the use of these plastic cotton buds.

Catherine Gemmell, Scotland Conservation officer for the Marine Conservation Society. “After finding over 3,500 plastic cotton bud sticks on beaches across Scotland during our Great British Beach Clean in 2017, that’s an average of 29 for every 100m surveyed, we’re delighted to hear Cabinet Secretary Roseanna Cunningham’s plans to ban the making and selling of them in Scotland. For things that are maybe used for just five minutes to clean our ears or put on eye make-up — they can cause huge impacts on our oceans for hundreds of years.”

Gemmell added that, the flushed out plastic cotton buds that end up in our seas and beaches can accumulate toxins such as PCs (polychlorinated biphenyls) or can be accidentally ingested by marine life, causing physical damage. She said, “Paper and cardboard alternatives are already available for those who need them. The ban will help us all make the change, however, no matter what it is made of, we still want everyone to only flush the 3 P’s down the loo—pee, poo and paper, for the sake of Scotland’s seas!”

The director of the Friends of the Earth Scotland, Dr Richard Dixon, had this to say, “This decisive action is great news for the environment and for wildlife. Cotton buds are a very visible sign of our hugely wasteful habits, turning up on beaches across the globe.

Manufacturers and supermarkets are already moving in the right direction but this single measure will guarantee that Scotland cuts its contribution to marine plastic pollution in half. Following the plastic bag charge and the announcement of a deposit and return scheme for drinks’ bottles and cans, this is another good step on the way to a society which uses resources more sensibly. We look forward to further initiatives when the Government’s promised new group on single-use plastic containers, such as coffee cups, reports its work.”

Dr Lyndsey Dodds who is the head of marine policy at WWF, said: “Cotton buds are some of the most pervasive forms of marine pollution so a ban is very welcome and a step in the right direction. We know plastic is suffocating our seas and devastating our wildlife, with millions of birds, fish and mammals dying each year because of the plastic in our oceans. Plastics are also finding their way into the food we eat and the water we drink, so saving our oceans will require further ambitious action from governments, industry and consumers.”

Alasdair Neilson, the project officer at the environmental charity Fidra, who runs ‘The Cotton Bud’ Project, said, “This progressive step will be welcomed by everyone who has seen cotton buds polluting our beaches and harming our wildlife. A ban would support the responsible businesses that have already removed this single-use plastic item from their shelves. Let’s hope it also marks a bigger shift in the way we use and value plastics.

These products are completely unnecessary as biodegradable alternatives are readily available. The need for action is clear and I would encourage everyone with an interest in safeguarding our natural environment to take part in the consultation when it opens.”