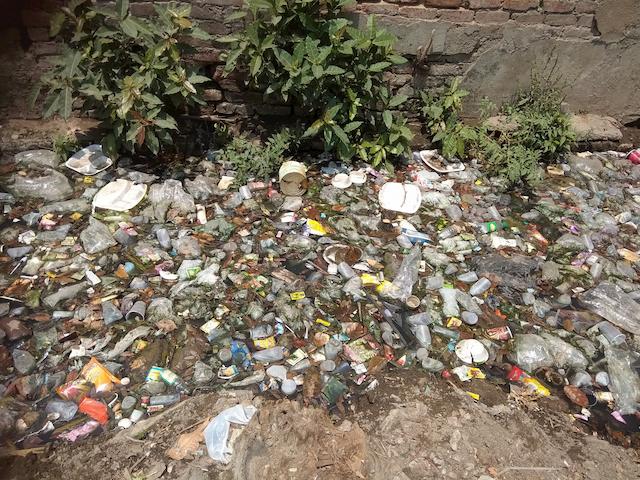 The global plastic waste trade has been a critical concern of the plastic crisis around the world. Finally, 187 countries’ governments agreed to restrict the plastic waste in between the borders of the nations as a step towards tackling the issue, CNN reported. However, the United States was not on the list of these countries.

The plastic would be added to the Basel Convention, a treaty that regulates hazardous materials movement between countries as Nations agreed upon, to combat the devastating effects of plastic pollution worldwide.

The pact got approval in a meeting of UN-backed conventions in Geneva, Switzerland, that continued for two weeks.

However, the United States was out of this decision-making process. Just two countries, US and one more have not ratified the agreement.

As per the resolution, the trading of contaminated and most plastic waste mixes require prior permission from receiving countries along with the exceptions of PE, PP and PET mixes, according to WWF.

The ruling will also apply to the United States if it tries to trade plastic waste with any country in the world virtually although it was the out of the decision.

Before this, the US has been sending its plastic waste to many countries including China and Malaysia around the world but has recently faced crackdowns in those countries in their attempt to manage the plastic flooding through their borderline.

“It’s illegal,” said Yeo Bee Yin, Malaysia’s Minister of Energy, Science, Technology, Environment, and Climate Change. “It’s against the Environmental Quality Act because they do not have licenses and they are polluting.”

The wastes come from countries outside Malaysia, including the USA and that angers Yeo as wealthy nations using her country as a trash dump. “I will take care of my own rubbish,” she says. “You should take care of yours.”

In the past years, few more Southeast Asian countries like Vietnam, Thailand, and India have also reportedly taken steps to restrict foreign plastic waste import. It left the containers of plastic in the US ports waiting until they find any destination.

The new international move is “a highly welcome step towards redressing this imbalance and restoring a measure of accountability to the global plastic waste management system,” the WWF said.

The studies disclosed that up to 90% of an estimated 100 million tons of plastic now found in the oceans worldwide, comes from land-based sources.

This week a global petition has been signed by nearly one million people urging the governments of the Basel Convention to act, by preventing western countries from “dumping millions of tonnes of plastic waste on developing countries instead of recycling it.”

Environmental groups welcomed the move of the governments after considering that call.

“This is a crucial first step towards stopping the use of developing countries as a dumping ground for the world’s plastic waste, especially those coming from rich nations,” Break Free from Plastic global coordinator, Von Hernandez, said.

“Countries at the receiving end of mixed and unsorted plastic waste from foreign sources now have the right to refuse these problematic shipments, in turn compelling source countries to ensure exports of clean, recyclable plastics only,” he added. “Recycling will not be enough, however. Ultimately, production of plastics has to be significantly curtailed to effectively resolve the plastic pollution crisis.”

RolphPayet, the Executive Secretary of the Basel, Rotterdam, and Stockholm (BRS) conventions, acknowledged the petition that encouraged the move. He said in a statement: “Plastic waste is acknowledged as one of the world’s most pressing environmental issues, and the fact that this week close to 1 million people around the world signed a petition urging Basel Convention Parties to take action here in Geneva at the COPs is a sign that public awareness and desire for action is high.”