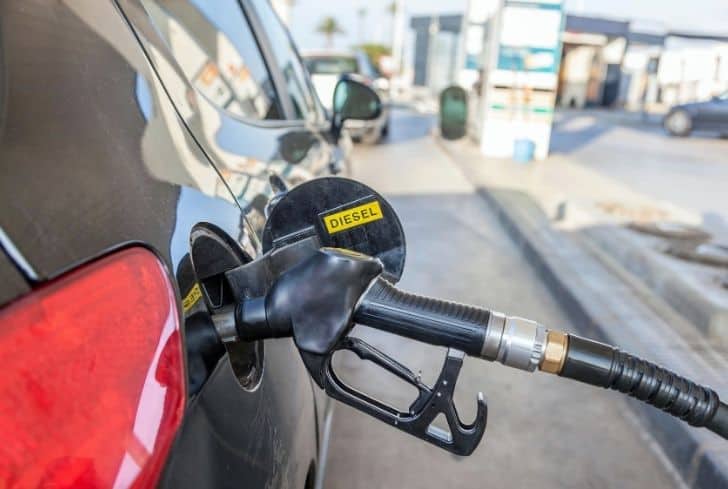 Diesel-powered vehicles have been in existence since the 1930s, first being used for commercial applications. They primarily utilize diesel extracted from crude oil. The engines powered by diesel have gained popularity for passenger travel due to their great torque and fuel efficiency.

Even though, they are slowly being phased out due to the invention and introduction of hybrid, solar-powered, and electric vehicles. But then again, they continue to be pivotal in the world of engines and mechanics. Here are some pros, cons and environmental impacts of diesel vehicles.

Averagely, diesel vehicles are more fuel-efficient compared to the gasoline ones. For instance, a typical diesel engine can deliver between 25% and 30% better fuel economy as compared to a gasoline engine. This is because they generate more power from less fuel as they have a higher compression rating.

Modern-day diesel vehicles have high-pressure fuel-injection systems, which can get even better fuel economy. A turbocharger, additionally, can drive the fuel economy and output even higher.

Although they have an internal combustion engine like other gasoline vehicles, diesel power plants and engines work differently. For this reason, they result in reduced maintenance and increased lifespan. Even if they lack the spark-style ignition system, they use compressed hot air to ignite the fuel.

The lack of the ignition system, results in reduced maintenance costs, lower the potentiality of electrical failures and produces a very reliable engine. As such, the time between required maintenance services becomes longer.

The diesel engine is designed in such a way that it slowly burns fuel and has higher compression. This produces greater torque than other engines. Most drivers focus on horsepower, which is okay, but torque is equally important. It relates to the ability of a vehicle to pull loads and accelerate.

Torque, or twist, is the kind of power that can push you up a steep hill, even with weight on board. The extra torque in diesel-powered vehicles is the reason why large trucks and semis, use diesel engines. With a diesel, you feel the power when you accelerate, and it means the diesel engine will out-tow a corresponding gas-powered vehicle, while at the same time delivering improved fuel economy.

In case of an accident, any vehicle can catch fire, regardless of whether they use diesel or gas. However, the chances of fuel igniting after an accident is higher in gas-powered vehicles and lower in diesel ones. A quick spark is not enough to set a diesel-powered vehicle ablaze unless you introduce extended direct heat to it.

Road tax laws continue to change, based on carbon dioxide emissions. Diesel vehicles tend to have lower taxes as compared to gasoline vehicles.

Diesel engines deliver their grunt in the form of torque. It can produce as much as three times more power at a point just above idle. This makes diesel vehicles excellent for cruising, particularly on highways.

This is because they have a greater overtaking power that is always on tap, often without the need to change down gears. The power is the reason why such vehicles can also easily tow things, including other vehicles.

7. Science is in the Combustion

Diesel engines mix their air and fuel outside the combustion chamber, in the inlet port, meaning they do not necessarily need spark plugs as petrol ones do. Their higher compression ratio to unleaded petroleum vehicles also makes diesel vehicles more efficient.

8. Diesel vehicles are no longer Noisy

you may be dismissive of diesel vehicles because you believe they are noisy. Well, they were, but that has since changed since the 1980s. In fact, more than 50% of new cars sold in Europe have diesel engines.

To comply with strict emissions standards, diesel engines are as clean and environmentally viable as other gas-powered engines. The 2018 Chevy Equinox has a 1.6L turbodiesel engine, which has been nicknamed the “flüster diesel,” or whisper diesel, because of its muted noise and vibration qualities.

The newer diesel engines have been fitted with particulate filters that catch nasty particles that are harmful to the environment and human beings as well. For instance, they can catch nasty nitrogen dioxide particles, which have been linked to cardiovascular and respiratory diseases.

The World Health Organisation estimated that outdoor air pollution in both cities and country areas, linked to such particles, was responsible for up to three million premature deaths in 2012. Accordingly, before buying yourself any vehicle, make sure you check the condition of its filter if the vehicle has previously been used.

As already discussed, diesel engines require less service compared to gasoline engines and they can also last longer. However, the maintenance is costly with each service. The higher cost of servicing a turbodiesel engine is because of much more expensive parts such as glow plugs, and specialty tools, and higher costs of hiring specially trained technicians.

2. They are Sluggish in Cold Climates

Diesel-powered vehicles tend to be sluggish in cold weather. This is because the engines have a propensity towards gelling up in frigid weather. To combat this, most people with diesel engines install an engine block heater.

You can also find them keeping the engine running for a few minutes. However, if you are in a warmer area, the diesel engine performs perfectly and is more fuel-efficient.

A turbodiesel vehicle generally costs more than a gas-powered vehicle, and it is not because of any additional costs to develop the engine or the technology. It is because of the powers of demand and supply. Diesel fuel is used for commercial trucks, domestic and industrial generators and heating oil, making its demand higher.

The demand for diesel-powered vehicles is also on the rise, making the price of the commodity, and ultimately the vehicle, go higher. It means a diesel model will be anywhere up to 15% more expensive than its petrol counterpart, and before buying one, calculate how long it will take you to recoup the initial outlay, depending on the price and the distance you will drive.

4. Efficiency Does Not Mean Better Performance

A diesel vehicle can be considered more efficient as it converts heat into energy rather than sending the heat out through the tailpipes as gasoline-powered vehicles do. However, this does not result in flashy high-speed performance.

If you neglect the vehicle and deny it scheduled maintenance, the system will break down. This means you will have to pay a diesel mechanic more money to get things unsnagged than you would, to repair a gasoline vehicle. It is because diesel engines are more technically advanced, raising the costs of repair.

6. Urban Driving is Not Beneficial

If you mainly drive in urban areas, you will not get to see the fuel benefits in smaller sized diesel cars. Additionally, despite diesel cars having a particulate filter that prevents nasty nitrogen dioxide particles from polluting the environment, they can become clogged especially when driving in urban cities. This means these pollutants will eventually pollute the environment, and constantly replacing the filters is expensive.

All vehicles or engines must emit some form of gas. However, one of the main reasons why diesel cars didn’t take off in America is because of their dirty emissions. The US has stricter emission standards as compared to Europe. Take the example of a school bus or construction vehicle.

If you have ever driven behind one of these vehicles, you are aware of the smell and dark soot they produce, especially if they are accelerating from a dead stop. Some of the particulates emitted by these cars include carcinogens, nitrous oxide and soot. These emissions adversely affect the environment and contribute to both noise and air pollution.

Diesel might emit lower carbon dioxide, but still emit more nitrogen dioxide than petrol engines. Fortunately, those being designed today have been upgraded to run much more cleanly.

2. The Emissions Contribute to Environmental Pollution

Diesel vehicles have been modernized to pollute a lot less than they did years ago. They are also, on average, bigger, heavier and more efficient as compared to petrol vehicles.

Because of this, they are used more frequently to travel greater distances as well as ferry heavy products across larger distances. As a result, diesel vehicles will, on average, pollute more than petrol engines, in terms of carbon dioxide emitted over their life cycle.

In a world where climate change is real, environmentalists have continued to urge us to switch to renewable energy. That is why in the world of motor vehicles, we now have electric cars, which rely on neither petroleum nor diesel.

Diesel is refined from crude oil, which is a resource that might be depleted soon if our overreliance to it is not stopped. It is also sourced controversially as in almost all oil-rich nations, have a history of war. Indirectly, it means the continued use of diesel, like in diesel cars, means more deaths to people and natural resources.

5. Extracting it Harms the Environment

Diesel is a product of the fractional distillation of crude oil, mined all over the world. Seismic waves are used to detect oil reservoirs in the earth, often through manmade explosions. The crude oil is then extracted from the ground where wells must be drilled into the reservoir.

These wells are created by drilling very big and deep holes into the earth, above the oil reserves using an oil rig. It is a process that harms the environment because the wells, once empty, could result in the topsoil crashing and with it anyone or anything on the top.

It also means that no other processes, such as agriculture or farming, can be done on the land. Living on it is also hazardous. If any error occurs during drilling, it could result in a devastating environmental disaster like the BP oil explosion that caused widespread ocean oil spill pollution.

Continued reliance on diesel vehicles also means more wells will be dug and more land will be wasted. As a result, more harm will befall anyone and plants as well as wildlife in the areas where the wells are dug.

Car and Driver Research. (n.d). Diesel vs. Gasoline: Everything You Need to Know. Car and Driver. Retrieved from https://www.caranddriver.com/research/a31515330/diesel-vs-gasoline/

“Where Does Diesel Fuel Come From?.” (n.d.). NCH Europe. Retrieved from https://www.ncheurope.com/en/where-does-diesel-come-from