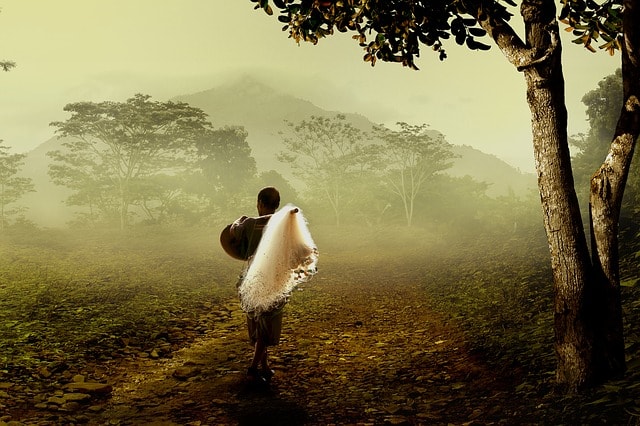 Our world is a unique environment, in that every living being, plant, and landscape contributes to the overall wellness of the Earth. This is why the harmful effects of human waste, production, and consumption can have drastic effects on certain ecologies and biospheres.

A major concern right now is the problem of overfishing. Ocean overfishing simply means catching fish from the sea at rates too high where fish stocks become too depleted to recover. With oceans taking up over 70% of the Earth, sea creatures, and the overall health of marine life is essential for sustaining life elsewhere on the planet, but overfishing is having drastic effects on the future of both ocean and land dwellers.

If you’re overfishing at the top of the food chain, and acidifying the ocean at the bottom, you’re creating a squeeze that could conceivably collapse the whole system.
~ Carl Safina

““Overfishing occurs when more fish are caught than the population can replace through natural reproduction. Gathering as many fish as possible may seem like a profitable practice, but overfishing has serious consequences. The results not only affect the balance of life in the oceans, but also the social and economic well-being of the coastal communities who depend on fish for their way of life.“

Millions of people depend on fishing for their livelihood and for billions of people rely on fish as their key source of protein. With increased overfishing related practices and without sustainable management, many fish stocks are reduced to below acceptable levels. Catching too many fish seems like a profitable practice, but it endangers ecosystems and affects the balance of life in oceans.

Put simply, overfishing occurs when more fish are caught then are able to reproduce to repopulate. Because fishing has long been an industry used by humans, there are a number of reasons why it is a problem today. Some of the causes of overfishing include:

Current estimates are that overfishing has impacted over 85% of the world’s fish resources and that most fisheries are fished far beyond their sustainable capacity. While this is poised to have long-term effects on human consumption, there are also a number of other effects, such as:

Sharks and tuna are particularly susceptible to overfishing, and when they are removed from the areas they live in, this means that sea creatures further down the food chain are negatively impacted. Populations can grow larger, and the role that these larger creatures play – from what they eat to how their bodies decompose – mean potentially fatal effects for ocean ecosystems.

With a larger amount of smaller marine creatures comes greater damage to coral reefs and other elements of the ocean’s ecosystem. Reefs are essential to ocean life, and once they are harmed, it is hard to repair the damage, if at all.

In controlled amounts, algae are essential to helping marine life thrive, but if it is allowed to grow at will, it can impact fish, reefs, and more, leading to serious destruction.

Another concern of overfishing is that because the industry is so large, there are a number of sea creatures who get caught in the process, but don’t get used for food. This can mean everything from dolphins to turtles can be impacted by the presence of fishing fleets.

5. The Threat to Local Food Sources

There are a number of communities around the world that rely on fish as their primary resource for food. The growth of overfishing has caused a serious threat to these communities, which are often located in developing countries. Without the ability to catch their food, their populations are threatened.

A lot of these communities that rely on fish for food also rely on low-level fishing industries for economic viability. These enterprises, as opposed to large-scale fishing ones, typically do far less damage to their marine life because they are on a much smaller scale. However, when these communities can’t access food or their financial support, they are likely to have trouble in the future.

7. An Utter Imbalance of the Marine Ecosystems

As has been pointed out earlier, overfishing has a very detrimental effect on marine ecosystems. The situations can be so bad that the fishes might not be able to sustain themselves any longer.

8. The Targeted Fish and its Harvest

The demand for fish increases with an increase in the population. Also, as it happens, a few species of fishes have a higher demand than the others. This makes them the targeted fish species.

While it serves the economy well, it is because of the targeted fish that the marine ecological systems suffer a lot. Unchecked and unregulated harvest of the targeted species can render the waterbody “fruitless” due to this lack of ecological balance.

9. Rise of the Endangered Species

We must remember that with the rise of the targeted species, another category of species grows too. These are the untargeted species that soon turn into endangered species. This happens because of the prevailing ecological imbalance and also because proper efforts are not put in place to increase their population in a waterbody.

Obviously, another huge concern with overfishing is the damage it does to parts of the Earth that rely on healthy marine life. The problem is, unfortunately, so widespread that effects can be felt in every part of the world. Some of the areas that are greatly impacted by overfishing include:

Another major effect of overfishing is the long-term survival of some of the world’s fish species, including:

Clearly, the effects of overfishing are vast, and many of them won’t be known until they are actually negatively impacting human life on the planet. There are a number of conservation groups around the world focusing on ways to make the fishing industry more sustainable in the long run. Some of the solutions being used include:

See also  A Comprehensive Guide to Reducing Household Water Use

The lack of regulations and specific policy, and the fact that fishing has been an industry tied to the history of humans and civilization, many groups, like the World Wildlife Fund, are helping countries learn to prepare adequate and effective management protocols.

Because fishing is a crucial industry in many poor and developing nations, conservation efforts are focusing on helping these areas set-up procedures to ensure sustainability in the long run.

A WWF initiative, the MSC is an effort to create a standard that can be implemented to help commercial fisheries maintain production without harming the environment. They now have a certification that fisheries can gain by bringing their practices up to date, labeling seafood for sale, so consumers know it came from a reputable place.

Another way that conservationists are trying to change the problem of overfishing is by working with retailers to educate them on ways to purchase their seafood from sustainable fisheries. The hope is that by building support for the cause on this level, more pressure will be put on fisheries to comply with the standards.

Many governments subsidize the fishing industry with subsidies, in an effort to keep the industry thriving. The problem with this is that it incentivizes fishermen to continue to expand, which means that subsidies only end up contributing to the problem of overfishing.

Setting up more protected areas in the ocean is an effort to help reduce the effects of overfishing on some of the world’s most incredible reefs and marine structures.

Groups are also trying to target consumers to be more aware of the seafood they buy and eat. There are pamphlets and handy guides that help educate consumers about which fish are endangered due to overfishing, and which areas of the world the fish come from. Many of these, such as the one from the Monterey Bay Aquarium, offer choices of fish that aren’t as in danger.

When done correctly, farming fish can lead to a sustainable way of providing food and resources to the global population. So far, this practice has seen success with species of fish that are prone to overfishing, such as arctic char and bass.

In order to solve the problem of overfishing, it is essential that the practice of trawling must be stopped at the earliest. Scraping the floor of the waterbody to catch fish is certainly a very bad practice.

It is yet another helpful solution to overfishing. If the so created protected areas could be regulated with strict rules and proper aquaculture practices, it could stop overfishing once and for all.