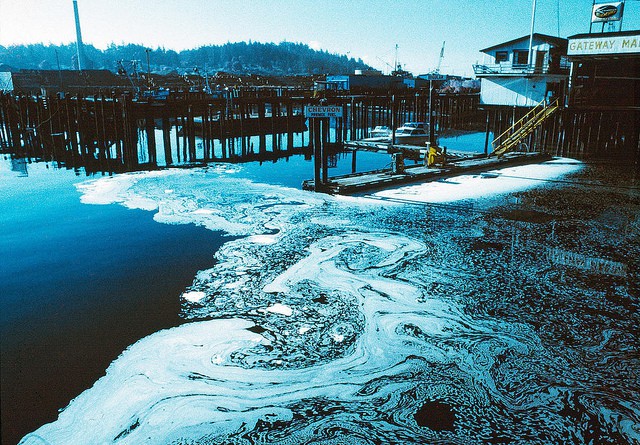 Water is a necessity in our daily lives. Nonetheless, its access and availability in many parts of the world has been very difficult because of the contamination caused by water pollution. Pollution by chemicals and other toxic substances has contributed to unhygienic conditions of the surface or groundwater water systems and as such, people have contracted serious water-borne diseases.

Many people around the world have at one point been victims of the diseases caused by water pollution either after consuming or bathing in polluted water. Some have also suffered after consuming plant or animal food that lives or has been raised by polluted water. Here are 17 critical and grievous diseases caused by water pollution.

Cholera is a serious intestinal tract infection caused by bacteria called vibrio cholerae. It leads to acute diarrhea, dehydration, and it can sometimes cause death. An individual gets cholera by washing or consuming contaminated water or eating food washed or irrigated with contaminated water. The symptoms of cholera include vomiting, headache and abdominal cramps. In highly polluted areas, one infected person can contaminate the water with the disease causing bacteria and affect the whole population.

Diarrhea is a disease that causes frequent and watery bowel movements. It manifests as a result of intestinal infection or food poisoning by drinking contaminated water with pathogens from animal or human waste. In most cases, it is caused by water-borne bacteria, viruses and protozoans and is one of the common diseases caused by water pollution. Diarrhea leads to dehydration, loss of electrolytes, and death to infants and young children.

Typhoid is a serious bacterial infection distinguished by acute intestinal ulceration and infection. The bacteria responsible for the infection is known as salmonella typhosa . It usually affects one by washing or consuming contaminated water or ingesting food washed with contaminated water. Its symptoms include nausea, loss of appetite and headache and affect approximately 12 million people throughout the world every year.

See also  Perovskite: The Next Frontier in Solar Energy Efficiency

Just like diarrhea, Amoebiasis is among the most prevalent diseases caused by water pollution. Also termed as Traveller’s Diarrhea, one suffers the disease by consuming water contaminated with amoeba protozoa. Apart from infecting the large intestine, it can also infect the liver. Amoebiasis symptoms include mild or severe diarrhea with mucus and blood. The likelihood of acquiring amoebiasis are increased as a result of using contaminated water by sewage, poor hygiene, consumption of non-treated water and the presence of flies.

Dysentery is an intestinal infection marked by acute diarrhea with blood and mucus. The disease can also cause vomiting, fever and abdominal pain. It is acquired when one washes with or consumes contaminated water or by eating food washed with contaminated water. It is a bacterial disease and can therefore be prevented by drinking clean water and maintaining good hygiene.

Schistosomiasis (Bilharzia) is caused by parasitic worms that develop in water. Hence, whenever the worms are in a water body, they can penetrate the skin of those washing, swimming or wading in the contaminated water. Once in the body, they can cause infections and damage to the intestines, bladder and the liver. Some types of freshwater snails may also carry the schistosomiasis worms and eggs. The disease affects about 200 million globally.

Waters heavily polluted with chemicals such as MTBE and chlorinated solvents increase the risks of getting cancer when one drinks from such water sources. The chemicals damage the DNA which causes cancer tumors. The disease is associated with high medical treatment costs, chronic pain, and death. Cancer has claimed the lives of many people across the world.

Hepatitis is a highly infectious disease that affects the liver. It is acquired through ingestion of water contaminated with the hepatitis virus. Eating food washed with contaminated water can also spread the disease. its symptoms include abdominal pain, jaundice, depression, fatigue, nausea, weight loss, and fever.

Dracunculiasis is among the serious diseases caused by water pollution. It is also referred to as Guinea Worm Disease and is very common in Africa. A person is infected by the worms after drinking water contaminated with the larvae. The larvae then develop into a full-grown adult worm and later get out of the body after approximately one year. A fully grown Guinea Worm can extend up to a meter long and upon leaving the body, they leave one with incapacitating ulcers.

The contamination of water with lead either from old pipes or the discharge of hazardous chemicals into water systems can cause lead poisoning. This makes it one of the life-threatening diseases caused by water pollution. Children are at the greatest risk because when the metal gets into their body at elevated levels, it results in numerous health problems such as anemia, problems with the reproductive system, and high blood pressure. Lead poising also has the potential of causing serious organ damage, especially to the kidneys and the nervous system.

Fluorosis is a condition which negatively affects the health of teeth and bones as a result of consuming groundwater with high concentrations of fluoride chemicals. The chemical occurs naturally in ground water and the disease affects more the 25 countries globally. It is estimated that tens of millions of people are affected by the disease worldwide.

Arsenicosis is a condition caused by chronic consumption of chemically polluted drinking water with small amounts of arsenic. Chemical poisoning by arsenic takes place over the long-term and exposure to the chemical contributes to cancer of the bladder, skin, kidneys, and lungs. The disease affects millions of people globally that depend on water polluted with arsenic. The symptoms of the disease include problems with the bladder, kidney, lungs and skin (keratosis), which may advance into cancer.

Polio is a serious viral infection associated with the poliovirus. It spreads through water contaminated with feces from an infected person. When the virus enters the blood stream, it destroys the nervous systems and results in extreme weakness of the body. In most cases, it causes paralysis. Those who miss to get polio vaccination in childhood are at great risk of being infected by the virus. The symptoms include seizures, fever, headaches, and later on paralysis.

Trachoma, also known as eye infection, spreads through pathetic sanitation and hygiene caused by inadequate availability of safe water. It mostly affects children and women. About 6 million people worldwide have developed blindness because of the disease.