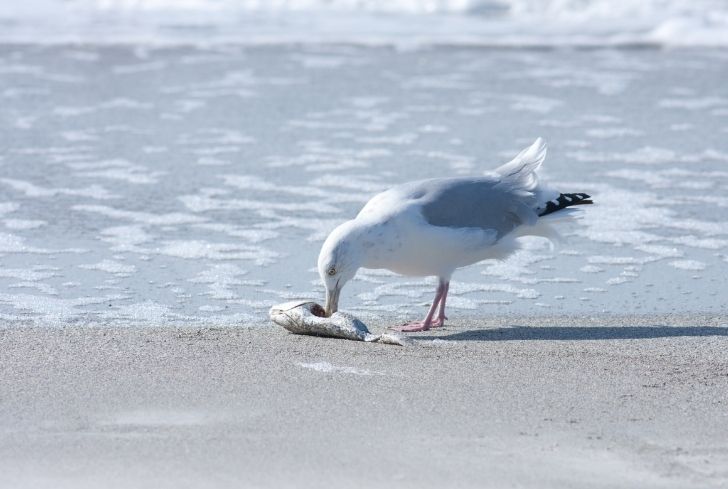 We all depend upon food to survive. Energy is necessary for living beings to grow. But did you know that there is a process of creating this food? There are also a number of different plants and animals that depend upon this creation to survive. There are names for this, and learning more is a great lesson that might just surprise you.

A food chain basically shows how living things get food and how energy and nutrients are passed from creature to creature.

“A food chain is a linear network of links in a food web starting from producer organisms (such as grass or trees which use radiation from the sun to make their food) and ending at apex predator species (like grizzly bears or killer whales), detrivores (like earthworms or woodlice), or decomposer species (such as fungi or bacteria).”

Sunshine the main energy source for all living organisms. It is needed in order to provide plants with the food they need as well as to give humans and others energy that keeps them healthy and free of disease. There are four basic parts of a food chain. Those four parts are:

Let’s take a more in-depth look at each of these parts of the food chain and learn how they work.

Producers give us the energy needed through a process known as photosynthesis. This process, combined with minerals and nutrients from the soil, allow a plant to grow and to bloom and then reproduce. Foods that are produced through this process include:

Many animals depend on these plants to survive. This brings us to primary consumers.

Primary consumers are known as herbivore in the animal world. These consumers are given the name because they are the first to eat the plant. Once the plant is eaten, the energy is transferred and then used by this animal. For e.g., the primary consumer is a grasshopper that eats grass.

The last link in the chain is scavengers and decomposers. When an animal lives out its life and dies naturally, it leaves its carcass behind. Decomposers break down nutrients in the dead “stuff” and return it to the soil. The animal leaves behind a great amount of energy. The animal begins to rot, and it becomes a very gross scene. To minimize this from happening, scavengers and decomposers exist.

The scavenger has the following qualities:

Nothing goes to waste, however, and with the remaining part of the animal, the decomposer comes in to play. As the animal is being eaten by scavengers, insects come in and break the animal down even further than the scavenger. Maggots, ants and beetles are common decomposers. Once they eat the animal, they lay eggs. The larvae that are born then continue to eat the decomposing body. Bacterial and fungal matter finish off the decomposition process until it is entirely one. The energy that the animal had is passed on to the animals and insects that have eaten it.

A Look at the Food Web

The food web is practically the same as a food chain, only in a far more simplified process. A network of many food chains is called a food web. The food web ensures that there is a plentiful supply of food so that all plants, animals, and insects have a sufficient amount. If a plant of one specific type were to die off due to disease, grasshoppers and many other insects would suffer. This would then cause suffering from the other links in the food chain. The food web ensures that this is not something that happens.

Here are a few facts about the food web and the food chain that are important to understand.

Food chains are important because they show the intricate relationships in ecosystems. It is seen that in food chains, each organism fills a specific niche in an ecosystem. Food chains reveal how each organism depends on someone else for survival.

1. The food chain balances the ecosystem

Food chains display the circumstances when a producer or consumer is lost in any incidence that occurred. Entire communities can collapse. Thus, food chains help scientists learn more about ecosystems and to help them stay balanced.

Every plant and animal species, whether big or small, depends on another plant or animal species to some extent for its survival. It could be bees collecting pollen from a flower, photosynthesis of plants, deer eating shrub leaves or lions eating the deer. If a single point is lost, balance in the ecosystem will be shattered.

Plants are the source for the food we eat, the oxygen for survival and reproduction, our clothes, and even our furniture, many other innumerable things for sustainability. Plants also remove greenhouse gas from the air, provide habitat to many animals. Therefore it is vital to understand the ecology of the environment with respect to plants.

Food webs help in the understanding of natural selection, showing the hierarchy of species, with carnivorous, omnivorous and tertiary animals at the top of all food chains. It is the physical and behavioral adaptations of plants and animals by representing a pattern of consumption-based upon natural survival attributes and instincts.

4. The movement of energy and nutrient

A food chain describes how energy, nutrients and organic compounds move through an ecosystem. Plants are at the base that produce the energy; then it moves up to higher-level organisms like herbivores. After that, when carnivores eat the herbivores, energy is transferred from one to the other.

Depending on the food chain, an organism can be considered to be at more than one trophic level. For example, seals could be considered apex predators at the highest trophic level in certain environments where they eat fish that are primary or secondary consumers.

However, in other communities where seals become prey for sharks, they could be considered to be at a lower trophic level. These relationships are easier to see in food webs and harder to notice in food chains or pyramids.