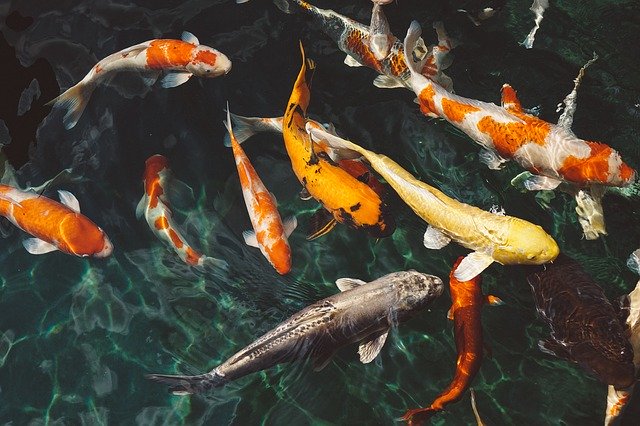 Naturally, all animals have to die. Most animals might die earlier than their actual lifespan because of factors such as diseases, predators, bad weather, the destruction of their habitats, infant mortality, and/or the destruction of their food and shelter. The life expectancy in each organism is also dependent on the species, given that some species are known to live longer than others.

It also depends on the location in which they live, given that most aquatic organisms live longer than land-based animals. Although humans tend to live beyond a hundred years, some animals may actually outlive humans. Here is a list of the top 15 longest living animals on earth:

The Turritopsis nutricula Jellyfish are known to regenerate through old age or damage. They are, therefore, said to be ‘biologically immortal.’ They have roamed the seas and oceans for more than 700 million years. Jellyfish, in general, can live up to 20 years. They are free-swimming, use their jelly-like bell to move, and use their tentacles to capture prey. Although some are harmless to humans, some have deadly poisonous.

For instance, the box jellyfish’s sting can cause a heart attack within five minutes. They are about 95% water and have no ears, mouth, brain, eyes, or heart. They also have no bones or spine, meaning they are invertebrates. They are carnivorous and feed on small fish, plankton, crustaceans and other jellyfish. They are located all over the world.

Also referred to as the Arctica Islandica, the ocean quahog has been recorded to live for more than 400 years. They are hence said to be among the longest-living marine organisms. One specimen, for instance, known as ‘Ming’ the clam, was estimated to have been 405 years old. However, the specimen in the Icelandic seabed was actually 507 years old. The clam was named as so as it was alive during the Ming Chinese Dynasty.

Also known as Háfrun, its age was calculated by counting the annual growth lines in its shell. It was the oldest individual animal ever discovered whose age was accurately determined. Its age was also confirmed by the carbon-14 dating mechanism. Ming or Háfrun’s sex was never determined, and it died in 2006 when British researchers opened its shell to examine it, completely unaware of its age.

They are mostly found in the North Atlantic Ocean as well as the Arctic Ocean. They can grow up to 7.3 meters in length and up to 1,400 kgs in weight. The males are known to be slightly smaller than the females.

The koi fish are colored varieties of the Amur carp. They are distinguished by coloration, scalation and patterning. Some are cream, with others being white, yellow, red, blue, black, orange and others are red. Some varieties are known to live longer than others. The average koi in the Japanese waters can live up to be 70 years old. ‘Hanako’ a koi carp in Japan, lived to be 225 and died in 1977. If they live in artificial ponds, they can live to be over 40 years of age.

The Bowhead whale is estimated to have an average lifespan of 200 years. One caught off the coast of Alaska in 2007 had a harpoon point on it, which dated back to 1880, making it at least 130 years of age at the time. They are the fifth-largest marine mammals and are native to the cold and harsh Arctic and the sub-Arctic seas.

They communicate with each other through their complex but famous songs. They can grow up to 18m and weigh about 100 tonnes. Despite their length and weight, they can leap entirely out of water.

They are the largest living species of tortoises and can live beyond 100 years. The oldest was clocked at 152 years. They have a low metabolism with some like the Galapagos tortoises, known to go for over a year without either water or food. Additionally, they can sleep for about 16 hours a day. ‘Lonesome George’, for instance, lived beyond 100 and was still classified as a young adult. They inhabit every continent except Antarctica.

See also  Pangolins: What are They, Why are They Endangered, Where do They Live and What Do They Eat?

It is the largest land animal and can live up to 70 years of age. Today, there exists the African and the Asian species of the elephant only. The African is the largest with huge ears while the Asian counterpart has slightly smaller ears. Asian elephant females also do not grow tusks. They are highly smart and social creatures.

In fact, their brains weigh over 5kgs. They also have the most prolonged pregnancies at 22 months with new calves being born at 90kgs and about 3 feet tall. A famous Asian elephant, Lin Wang, at the Taipei Zoo, lived to be 86.

They are beautiful and long-tailed parrots, native to Central and South America, and Mexico in North America. They are mostly associated with rainforests, although some prefer woodlands or savannahs. Macaws can live up to between 60 and 80 years old.

Their breeding age is between 30 and 35 years. Sadly, the macaws are threatened and endangered. There are a few species that are already extinct because of the illegal pet trade, climate change, and the degradation of their habitat.

It is native to New Zealand and Australia, and they can live up to be 60 years old. The oldest living longfin eel was recorded to be 106 years of age. Just like the Greenland shark, the longfin eel owes its long life to the fact that they grow very slowly. The longfin eels are a traditional food source for the Maori people of New Zealand, meaning they are increasingly threatened.

The Pacific geoduck is a giant and edible saltwater clam, native to western Canada and northwest the United States. Also referred to as the mud ducks or the king clams, they are some of the oldest living animals in the world. A typical geoduck’s lifespan is 140 years, and the oldest geoduck clam died at 168 years of age. They are between 15cm and 20cm in length and can weigh up to 10 pounds.

Native to the west coast of the Pacific Ocean in North America, the red sea urchins, like to live in rocky and shallow ocean floor waters. They are small and spiny creatures that move using their sharp spines. They live beyond 30 years of age while in optimum living situations, they can live up to be 200 years old. They can regenerate their lost spines.

See also  Rhinos: Why are They Important, Reasons for Extinction, How Can We Save Rhinos and Few Interesting Facts

They have an average lifespan of between 50 and 70 years if they live in proper conditions. They are commonly found in Australasian countries like the Philippines, Malaysia, Australia, the Solomon Islands, and Indonesia. The umbrella cockatoos can live up to be 80 years or older if adequately cared for. ‘Cocky Bennett,’ a sulfur-crested cockatoo in Australia, died at the age of 120 in 1916, outliving his owner, Captain Ellis who died aged 87.

The reptile is endemic to New Zealand. They resemble most lizards but are part of a distinct lineage. The name ‘tuatara’ is derived from the Maori language and means ‘peaks on the back.’ They measure up to 80cms and weigh up to 1.3kgs. Their average lifespan is 60 years, although they can live up to be over 100 years old.

For the first 35 years of their lives, they mature very slowly, meaning they continue to grow larger. The species actually dates back to more than 200 million years ago with unchanged characteristics since the Jurassic Period.

It is a species of the vesper bat and is mainly found in Europe and parts of Asia. It has an extreme life expectancy relative to its body size, which is approximately twice that of humans. It is the oldest bat recorded. A bat discovered in 2005 in a cave in Siberia was recorded to be at least 41 years old.

They are some of the largest birds in the world. They weigh up to 33 pounds and have a wingspan of 10 feet. They live mostly in the mountains or near the oceans, where they can catch a great breeze. They can live up to 50 years in the wild and up to 80 years if held in captivity.

They typically have one offspring each year, meaning they reproduce slowly. The Andean condor is a national symbol in Ecuador, Bolivia, Peru, Chile, Colombia, and Argentina. However, they are considered near threatened, mainly because of the loss of their habitat.