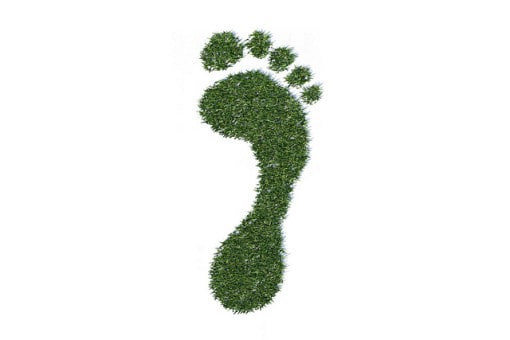 Human activities utilize resources and produces waste. As the human population increases, the global consumption and utilization of resources increases. This calls for the measure of the nature’s capacity to meet the increasing demand by people. Ecological Footprint is one of the leading measures of the unending human demand on nature. The Ecological footprint therefore tries to take into account whether the planet has the capacity to keep up with the increasing demands of humanity.

In a layman’s language, ecological footprint is the effect of human activities measured in terms of the area of biologically productive land and water needed to produce the goods consumed and get rid of the waste generated. It is the amount of the environment required to produce the goods and services necessary to support a particular lifestyle. Calculation of footprint takes into account just about everything we do: from the way we eat, the way we travel, the house we live and other lifestyle habits that we practice each day.

Currently, according to Global Footprint Network, if everyone lived the lifestyle of the average American US citizen i.e. similar eating, transportation, living, and consumption habits, we would need 5 planets to support ourselves.

How does the Ecological Footprint Work?

The Ecological Footprint essentially measures the supply and demand on nature. This means that on the supply side, biocapacity represents the natural productive land areas. These include forests, fisheries, pastures and cropland. When left uninterrupted or unexploited these areas have the capacity to absorb almost all the waste produced by humans particularly carbon emissions.

The ecological footprint represents the productive areas needed to provide renewable resources people are using and to also absorb the waste produced. Additionally, the productive area that is currently occupied by the human infrastructure including, building, roads, air strips and airports, is included in the footprint calculation. This is because the built-up land is no longer available for regeneration of resources.

Ecological footprint helps in analyzing the pressure on our planet and ecological footprint analysis can be a useful tool to educate people to manage our ecological assets more wisely and take collective action to make sure that a nation’s demand for products and services remain within its borders.

Environment sustainability covers anything that is needed to save the status of future human beings. It is highly agreed that during the recent times environmental sustainability is facing challenges from several parameters. Among these challenges include food production challenges and the transportation required to reach the final consumer. Food production is singled out because it depends on water, preservatives, refrigeration, and energy, and results in emission of carbon extracts. It is understood by many that carbon emissions are the leading causes of environmental challenges followed by solid wastes and water during the food production process.

The miles traveled to deliver the food to consumers is a threat to the environment. For example vehicles, ships airplanes and other machines are needed to transport the food. These machines use fuel, gas, oil and when they move they emit carbon. During the transportation, the food requires a certain temperature to preserve the food. All these are a threat to the environment. This means that the more the miles to transport the food the more carbon emissions and greenhouse gasses are released into the atmosphere.

In many countries, wood and timber are used for commercial purposes. In fact, wood is among the most important raw materials in today’s construction industry. The increased demand for wood has led to massive destruction of forests and the ecosystem. Trees are made to use or absorb carbon dioxide and release oxygen in a process called photosynthesis. Tress help in trying to strike a balance as far as the carbon emissions and oxygen provision is concerned. Therefore the more trees are destroyed the more carbon dioxide remains in the atmosphere leading to problems with the ecosystem. It is because of this reason that people and countries are called upon to plant and preserve the forest cover.

The need for raw materials to manufacture products has led to an increased encroachment on the natural resources which are scarce in nature. The manufacturing process in itself is a problem to the nature. These factories that are mushrooming every day use a lot of fuel for their processes. The machines emit carbon into the air creating problems in the ozone layer leading to global warming. The factories also use a lot of water to cool the machines and clean some of their products. The dirty water that is usually combined with chemicals is then released back into the rivers and oceans. This not only poses a risk to the marine life but to the people who depend on the water obtained from these water bodies. It is no wonder that water levels in these water bodies is reducing at an alarming rate and people are exposed to different water related diseases because of water contamination.

See also  What is Environmental Law: Importance and Components

On the other hand, the ecological footprint has its downside too. For example, it is not realistic to calculate ecological damage done on a large scale. This is because such calculations can lead to wrong analysis and figures. A country with a high population may be considered to be consuming higher resources and this could be an overestimation. Additionally, the ecological footprint does not factor or put into consideration exports and imports.

As the global population increases, so does the amount of natural resources required to sustain it. The ecological footprint is therefore a very important environmental indicator that should be observed not only by countries but individuals as well. The efforts you put as an individual to conserve the environment counts a lot. Every individual and country should check and analyze their utilization of resources and set modalities and measures to reduce or prevent over-utilization of resources as well as invest their efforts towards solving global warming problems.