Grasslands are commonly known as prairies in North America, savannas and veldts in Africa, pampas, llanos and Cerrado in South America. Grasslands are dominated by tall-growing grasses and are found at all places where there is too little rain for trees to grow in large numbers.

These tall grasses provide a home to a large number of grazing animals such as giraffes, bison and zebra. The annual rainfall is between 10-30 inches, and the temperature ranges from -20 to 30 degrees centigrade.

Our vast environment is filled with many amazing species of animals. From foxes to tigers and everything in between, find out about amazing grassland animals, such as giraffes, horses, elephants, and zebras, in this list.

You’ll take an amazing journey through the world’s most diverse grassy areas. Without leaving the comforts of your space, you can discover the rich diversity of some of the world’s most fascinating animals.

1. Giraffe: Is the tallest mammal; the height of an average male is 17ft. They tend to eat leaves and live in Africa. The word giraffe refers to the animal’s camel-like shape and leopard-like coloring.

2. Zebra: Zebra stripes come in different patterns. Zebras tend to live in groups. There are three types of zebra; The plain zebras, the grévy’s zebra, and the mountain zebra.

3. Buffalo: The American Bison is a type of buffalo that used to roam in the American great plains in great herds and was sacred to the Native American tribes. Buffalo live in many different places, such as Africa, America, and Europe.

4. Elephant: The elephant is the biggest mammal in the world. They come from the family Elephantidae. There are African elephants, Asian elephants, as well as Savanna elephants.

5. Antelope: These creatures are swift runners. They have many predators, so they stay in herds. The antelope is neither; cattle, sheep, buffalo, bison, or goat. It is an old-world species. The word antelope is French but has Latin roots.

6. Kangaroo: This animal carries its young in a pouch just below its midsection. A group of kangaroos is called a mob. Their diet usually consists of vegetation. Kangaroos are known for their jumping and can exhibit aggressive behavior.

7. Lion: Known as the king of the jungle, lions are carnivores. They come from the family Felidae. Commonly found in Africa, these big cats live in a group called pride and are famous for their exceptional group hunting skills. The West African lion is severally endangered.

9. Fox: There are many types of foxes. Red foxes, grey foxes, swift foxes and the bat-eared foxes are to name a few. Foxes are omnivorous and live on every continent except Antarctica

10. Sheep: Typically kept as livestock, sheep eat grass and other vegetation. Sheep are raised for fleece, meat, and milk. Females are called ewes, and males are called rams.

11. Rabbit: Cottontail rabbits and hares live in the above-ground nest. Rabbits are herbivores. They are susceptible to many diseases, some of which can be transferred to humans. Their offspring are called kits.

See also  Hazardous Waste Disposal and Companies Involved in it

13. Horse: Another domesticated animal, the horse, is known as one of the most beautiful animals in the world. They have a lifespan of up to 30 years. Female horses are called mares and can hold offspring for 11 months before giving birth.

14. The Bear: The most voracious omnivores, the bear, has a great sense of smell. Bears are mostly solitary animals. They might be spotted at night or twilight hours.

15. Coyote: Native to North America. Coyotes are cousins of the grey wolf. Depicted as tricksters in Native American folklore, the coyote has both positive and negative aspects. They can weigh up to 25lbs and can reach almost 5ft in length.

16. Baboon: This is an old-world monkey. They are too big to live in trees. Their diets consist of both plants and meats. They live in hierarchical groups, which are known as troops.

17. Prairie Dog: Part of the rodent family, these creatures are herbivores. The different types of prairie dogs are; Black-tailed, White-tailed, Gunnison’s, Utah, and Mexican prairie dogs. They live in burrows. A prairie dog’s warning call sounds similar to a dog’s bark.

18. Moose: This is the largest species of deer. They are solitary animals that do not form herds. The males compete for females during the autumn mating season. The moose population has been declining since 1990.

19. Goat: Closely related to the sheep, it is typically kept as a farm animal. The goat was among the earliest animal to be domesticated. Goats eat vegetation, usually leaves from trees. Some goats have horns, there have been incidents of goats having eight horns, but that’s genetically rare.

20. Gazelle: The name gazelle is derived from the Arabic language. This antelope is appreciated for its grace and beauty.

21. Possums: These pests eat just about anything and can be found all over. The possum is classified as a marsupial. There are over 100 species of possums.

22. Beaver: Primarily a night time animal, beaver are the second-largest rodent in the world. Their colonies create one or more dams to provide calm deep water in order to protect against predators and to float food and building material. They are known for their alarm signal.

When startled, a swimming beaver will rapidly dive while forcefully slapping the water with its broad tail, audible over great distances above and below water.

23. Klipspringer: The word Klipspringer means rock jumper. They are smaller than most antelope. They can stand on the tips of their hooves and can fit all four hooves on a piece of cliff the size of a Canadian coin. Male Klipspringer horns are usually about 10 to 15cm

24. Meerkat: Just like a cat, a Meerkat has binocular vision. They use their sharp claws to burrow underground. They eat mostly insects. Meerkats forage in a group with one Meerkat on guard to watch for predators while the others search for food. This is called sentry duty. It is approximately an hour long. A Meerkat can dig through a quantity of sand equal to its own weight in just seconds.

25. Tiger: These cats love water. Tiger is a Latin word meaning pointed or sharp, perhaps referring to an arrow that would resemble the speed with which a tiger launches itself at its prey. The tiger’s closest living relatives were thought to be lions, leopards, and jaguars. There are both the Sumatran or Sandatiger (Pantheratigrissumatrae) and the Malayan tiger (Pantheratigrisjacksoni), which are endangered species.

26. Mongoose: These can be found in Eurasian, Africa, and Madagascar. They eat a wide variety of things such as insects, crabs, earthworms, lizards, birds, rodents, venomous snakes, eggs, and carrion. Mongooses have a special chemical that protects against snake venom. They are one of four known mammalian species that possess these mutations.

27. Bison: The Bison is also known as American Buffalo. The average Bison is up to 6 ft (1.8 m) tall at the shoulder. It can weigh up to 900 kg. They mostly survive on grass, twigs and shrubs. They swallow their food without chewing it and later chew the cud to get rid of themselves of parasites.

28. Pronghorn: The Pronghorn are the fastest running mammals in North America and can achieve speeds of up to 65 km/h (40 mph). They are roughly 3 ft tall at the shoulder and weigh from 90 to 150 pounds (41-68 kg). They are mostly active during the day and eat shrubs and grass, spending most of their time grazing.

29. Badger: The Badger is a well-built animal with a stocky, powerful build, having four short, strong legs and large, sharp claws. Badgers are mostly active during the night and are mostly found in tropical forests, plains, mountains and prairies in Asia, Europe, and North America.

30. Rhinoceros: The Rhinoceros is fast-moving with thick skin and one or two nose horns. Mammal Rhinoceros are from 3 1/2 feet to 6 1/2 tall at the shoulder and weigh from 2,400 to 5,000 pounds. Rhinos are hunted for their horns and are therefore in danger of extinction.

They are herbivores and mostly survive on grass and other materials. There are two African rhino species, black and white rhino. The most notable difference between white and black rhinos is their hooked upper lip. This distinguishes them from the white rhino, which has a square lip.

31. Jaguars: Jaguars require large areas of tropical rain forest and stretches of the riverbank to survive. They are strong swimmers and climbers. Hunting and habitat loss due to deforestation continues to threaten the survival of these marvelous cats.

WWF has worked with the government of Brazil to successfully protect large blocks of Amazon forest for the jaguar. In Peru, WWF continues to track jaguars to learn more about their habitat requirements.

It is a species of hyena found in Namibia, Botswana, western and southern Zimbabwe, southern Mozambique and South Africa. The global population of brown hyena is estimated by IUCN at a number between 4,000 and 10,000, and its conservation status is marked as near threatened in the IUCN Red List.

34. Gophers: Pocket gophers or gophers are burrowing rodents of the family Geomyidae. Their most characteristic features are their large cheek pouches, from which the word “pocket” in their name derives. Gophers weigh around 200 g, about 15–20 cm in body length, with a tail 2.5–5 cm (1–2 in) long.

Average lifespans are one to three years, and the maximum lifespan for the pocket gopher is about five years. Most gophers have brown fur that often closely matches the color of the soil in which they live. They are commonly known for their extensive tunneling activities and their ability to destroy farms and gardens.

35. Caracal: The caracal is a medium-sized wild cat native to Africa, the Middle East, Central Asia, and India and typically nocturnal. It is characterized by a robust build, long legs, a short face, long tufted ears, and long canine teeth.

36. Squirrels: These are members of the family Sciuridae, a family that includes small or medium-size rodents. The squirrel family includes tree squirrels, ground squirrels, chipmunks, marmots (including groundhogs), flying squirrels, and prairie dogs, amongst other rodents. Squirrels are indigenous to the Americas, Eurasia, and Africa and were introduced by humans to Australia.

Our vast world has many different species that thrive throughout every continent. With so many animals thriving in our spectacular world, you never know what types of animals you will discover. From weird to beautiful, and everything in between. Our world is incredible and it is up to us to keep it that way.

We are responsible for preserving these animals. If we neglect to do so, ourselves, as well as our children will suffer for it. Every day thousands of species are killed. Breaking this endless cycle is a difficult one. But it’s important to care, teach children to care about defenseless creatures by:

Remember, it’s the decisions we make every day that have a lasting impact. Go out, see the world, and choose to make the right decisions. Pave the way for a better future by keeping the environment: 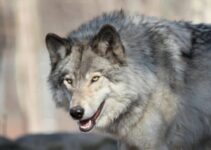