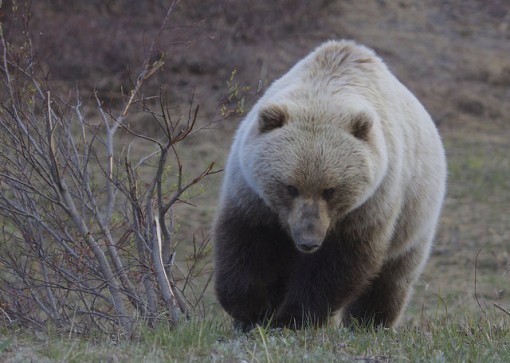 According to Center of Biological Diversity, Mother Earth is losing out dozens of species everyday. Its painful to hear but its true that sixth large mass extinction of plants and animals has begun and could complete in few centuries. About 20,000 species are at risk of extinction and scientists estimate we’re now losing species at 1,000 to 10,000 times the background rate.

All of the following species are officially recognized as extinct. That recognition can come from several sources. If a species has not been spotted for a set period of time, they can be declared extinct. In some instances, the only known survivor of the species was held in a research or conservation facility. When that survivor dies, so does the species.

It is also important to note, as you read this list, just how many of these species die out because their habitat is destroyed because of development or pollution. Below are 15 extinct species that you would not see any more.

1. Pinta Island Tortoise, Extinction date: June 24, 2012 – Researchers can pinpoint that exact day of this species extinction as being when Lonesome George, the last of his kind, died in his pen. His age was thought to be 100 plus years old. There are no Pinta Island Tortoises left, victims of the fishing industry practices and human encroachment.

2. Yangtze River Dolphin, Extinction date: 2006 – There is some controversy over the exact date of extinction as a video surfaced of what appeared to be this type of river dolphin in 2007. Even if there are a few lone survivors of pollution, development and fishing in the Yangtze river, they are considered to be functionally extinct as they will not reproduce.

3. Western Black Rhinoceros, Extinction date: 2011 – This rhinoceros was issued protection as early as 1930, but it wasn’t enough to protect them from poachers. Their skin and horn were highly valued on the black market. They are thought to be extinct as early as 2006, but 2011 is the date of the official survey that declared them extinct.

4. Caribbean Monk Seal, Extinction date: 2008 – Like the Western Black Rhinoceros, these seals were thought to have died out after 1952, but extinction was confirmed by survey until 2008. These seals were hunted for their blubber. The oil made from it was used for lamps and machines. They were hunted most during the 17 and 1800s.

5. Canarian Oystercatcher, Extinction date: 1994 – One of the side effects of commercial fishing is it can deplete shellfish along the coast. With the loss of its main food source, these birds soon disappeared. They weren’t seen much since the 40s, with the last sightings occurring in the 80s.

6. Ivory-billed Woodpecker, Extinction date: 1994 – Once native to the swampland of the American South, they haven’t been seen since the 1940s. There are occasional rare sightings that aren’t really visual sightings, but reports of hearing their distinctive pecking sound. They were officially declared extinct in 1994.

7. Mariana Mallard, Extinction date: 2004 – It wasn’t only mankind that suffered casualties in World War II. The fighting that occurred on and around the Pacific islands, such as Guam, seriously impacted the Mariana Mallard. As time went by, their habitat never recovered, but was drained to make way for progress. The last wild pair was seen in 1979. In 1981, the last known pair in captivity passed.

8. Dusky Seaside Sparrow, Extinction date: 1990 – There are two very specific, and very awful reasons for why the Dusky Seaside Sparrow is now extinct. Once an inhabitant of the Eastern Florida coast line, the use of the pesticide DDT, and NASA building on their natural habitat killed them. The last bird was seen in 1987, but they were not officially declared extinct until 1990.

9. Mexican Grizzly Bear, Extinction date: 1964 – These brown grizzlies were much like their brothers of northern US and Canada. They were hunted by ranchers to the point of extinctions. Ranchers went on the offense to protect their herds.

10. Javan Tiger, Extinction date: 1994 – Once native to Indonesia, they lost their habitat to the increase in agricultural industry. Where they didn’t die out from hunger or lack of reproduction, they were hunted. The last known tiger was killed in 1984, and a decade later they were declared completely extinct.

11. Japanese Sea Lion, Extinction date: 1974 – Like the Mallards listed before, the Japanese Sea Lions also suffered from World War II. After the war they didn’t have much of a chance of survival as commercial fishing in the area began using techniques that put them at risk. Although a baby seal was spotted in 1974, there have been no other sightings.

12. Pyrenean Ibex, Extinction date: 2000 – This poor animal has the privilege of having gone extinct twice. The last known of this species Ibex was killed in 2000 when a tree fell on top of her. Science thought that wouldn’t be an issue, as they had her DNA. They created a hybrid animal with a goat and a kid was born. Unfortunately, the kid soon died and no one tried to save the Ibex through science again.

13. Golden Toad, Extinction date: 1989 – Once found in Costa Rica, the Golden Toad was one of the small joys of the area. Research can’t pinpoint when they went extinct exactly, but it is thought that a combination of climate change, and changes to their natural habitat caused by development caused them to die out.

14. Conondale Gastric-brooding Frog, Extinction date: 1983 – This frog had the habit of giving birth to fully developed frogs by mouth. The mother would swallow the eggs, and then shut down her stomach acid until they were born. Researchers wanted to understand this mechanism to help treat ulcers, but the frog died out due to loss of habitat and poor conservation efforts.

15. Alaotra Grebe, Extinction date: 2010 – This Grebe was one of the diving varieties and could be found on the main Madagascar lake. A combination of a loss of natural habitat due to development, and the introduction to the lake waters of carnivorous fish caused its early demise.

There are many species now on the endangered list, and it won’t take much to see them added to an extinct species catalog. Conservation is necessary for all animals, as each plays a role in the ecology and survival of the whole planet, including the human race too.