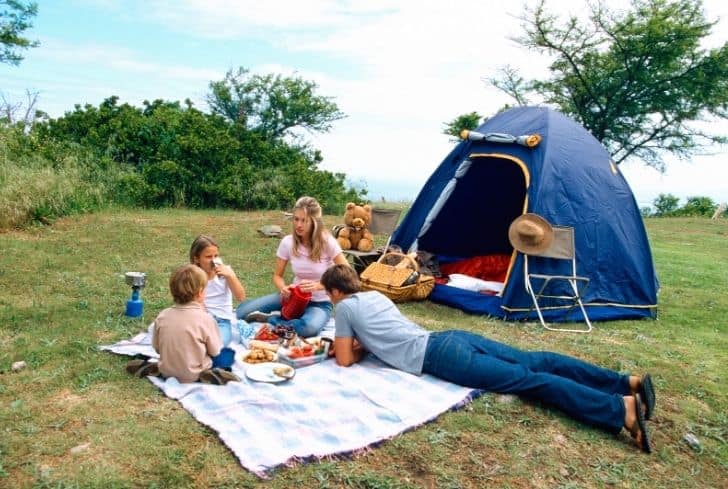 We all love to go out, enjoy some time with our families and friends, over the warmth of a campfire. They are wonderful, an ingredient of sleeping outdoors, a bringer of joy and a source of warmth over the cold nights. However, campfires can be bad for the environment, to a point of resulting in global warming. They result in air pollution, untenable wildfires and are overall a great risk to the environment, the people and wildlife. This article will talk more about wildfires and the risks they pose.

Are Campfires Bad For The Environment?

Despite how helpful campfires are, they are bad for the environment, and here is why:

1. They are a source of pollution

Carbon dioxide is a potent greenhouse gas, that contributes to global warming and climate change. Campers also tend to burn trash in these campfires, resulting in more air pollution and half-burnt trash contributes to land pollution

2. They affect those enjoying them

The people sitting by a campfire, are also adversely affected by the same campfire. The air pollution could be intense enough to cause eye and respiratory inflammations, triggering asthma or emphysema attacks. In fact, some jurisdictions, including parks, municipalities and counties, have restricted and even outrightly banned campfires, to alleviate air pollution problems.

People with conditions such as congestive heart failure, angina, chronic obstructive pulmonary disease, emphysema and asthma are advised to steer clear of wood smoke in general. Additionally, children should not be exposed to wood smoke as their respiratory systems, which are still developing, could be adversely affected

3. They result in wildfires

Campsites are a primary reason why there are sporadic and uncontrolled wildfires all over the world. Campers build campfires and soon enough, they get out of control, or if they are poorly extinguished, they end up resulting in wildfires. Wildfires are disastrous and result in the loss of lives, wildlife, human properties, forests and unique ecosystems.

A couple of years back alone, nearly 9 million acres were burned in the US alone, and the US state of California had experienced over 9,600 fires last year with more than 4.1 million total acres burned, 31 fatalities, and over 10,400 structures damaged or destroyed

4. They could result in soil erosion

In areas where campers regularly build fires, deadwood is heavily collected that local ecosystems are affected and soil erosion becomes apparent. Perfectly healthy vegetation is also cut and used as firewood, even though it burns very poorly

5. They lead to the loss of unique vegetation

Campers end up cutting perfectly healthy vegetation for their campfire purposes. Unfortunately, these vegetations could be unique and their destruction leads to the loss of the species altogether. Fires and the heat from fires also adversely affect trees that are overhead the campsite. These trees could also be unique to the region and these fires could have them dry up.

Some campfires are built deep in the forests, home to some wildlife species. In invading these territories and building campfires, these animals have to move away, endangering themselves as well as humans in other areas. These human-animal conflicts have led to the loss of properties, lives and much more.

7. They diminish the wilderness experience

The partially burnt, charred wood and blackened stones, remain visible for a long time along trails. These trails diminish the wilderness experience sought by the next visitors coming along, who might want to venture into previously unexplored areas.

Is Pollution From Campfires A Real Problem?

VOCs, including benzene, are a large group of chemical compounds and can inhibit one’s ability to breathe. There are serious health risks from inhaling these chemicals, especially for a long duration, and are especially serious for people with pre-existing conditions such as asthma.

Pollution from campfires is a real problem as it affects both humans and the environment. For people, these chemicals may result in eye, nose and throat irritation, dizziness, headaches, nausea and worsening of asthma symptoms. For the environment, air quality is affected.

Particulates of ash, liquid droplets and partly consumed fuel are released, and at the same time, the aforementioned invisible gases are released. They affect the quality of air in an area. Such pollution, especially with regards to the smoke, can be so severe, that it affects visibility, resulting in injuries.

Do Bonfires Contribute to Global Warming?

Although at a minimal rate, bonfires can contribute to global warming.

The most obvious factor which makes bonfires and campfires contribute to global warming is that they produce and release large amounts of harmful gases, including carbon dioxide. Carbon dioxide is a greenhouse gas, meaning it absorbs and radiates heat.

Once carbon dioxide, as well as other air pollutants and greenhouse gases, collect in the atmosphere, they absorb sunlight and solar radiation that have bounced off the earth’s surface. Normally, this radiation would escape into space, but these pollutants, trap the heat and cause the planet to get hotter, resulting in what is known as the greenhouse effect.

The carbon dioxide and other gases are released primarily by the burning wood. The smoke released carries with it these gases and particles which affect even human health. The gases and particulate matter can also be a result of trash being thrown into the burning campfire, in a bid to eliminate waste, unfortunately, the trash could be anything, and burning it could release any sorts of gases including the notorious nitrogen oxides, which also contribute to global warming and climate change.

Should You Stop Building Campfires?

Well, No! You should not stop building campfires, as a campfire is a profoundly human experience shared across cultures and generations. It brings family and friends together, away from the hustles of the day, for some human interaction. They are an incredible way of having people socialize after a long day or week of work, as well as in these technologically advanced periods when everyone is always on their phones.

Despite their adverse effects, campfires should not be eliminated in their entirety. Some steps should be taken so that one’s enjoyment of campfires does not come at the expense of the environment

One should carefully research a campsite and understand its uniqueness as well as the potential effects of campfires on such environments, their surroundings and inhabitants if any. Campfires are incredible at having people sit together, relax and talk overnight. However, one should also consider alternatives to campfires.

If none are available, or the majority prefer campfires, one should set them up in a manner that leaves as minimal damage, effects and carbon footprints as possible. These alternatives and ways of reducing such effects are discussed next.

7 Amazing Ways to Reduce the Carbon Impact From Campfires

Dry wood burns hotter and releases fewer pollutants. This means you can enjoy your campfire, without jeopardizing the environment. It also means you will enjoy yourselves without releasing dangerous pollutants to the environment, that affect even human health. People with asthmas and related conditions do not have to fear being at the campfire, although caution has to be advised all along.

The best place to build a fire is within an existing fire ring in a well-placed campsite. If that is not available, build a mound fire, meaning you will construct a fireplace using mineral soil, sand or gravel from an already disturbed source. Let the mound be thick enough to insulate the ground from the heat of the fire.

It can be built on a flat exposed rock or an organic surface such as litter, duff or grass. You can also use a fire pan, which is well elevated so that the heat does not scorch the ground. All these measures ensure the ground below is not impacted, ensuring as the minimal footprint is left on the place as possible after you leave

4. Properly extinguish fires when you are done

Generously douse the campfire with water, stir the ashes and flood them again with water. This way, you put the fire completely out and erases all risks of wildfires starting from poorly put out fires. Also, put out fires with water and not dirt as dirt might not do the job entirely, putting you at the risk of reigniting fires as you sleep or after you have left.

5. Use an alternative to wood

Instead of a wood fire, use a camping cook stove to prepare hot meals. It is one of many important leave-no-trace principles for outdoor enthusiasts. Additionally, cooking using a stove is quicker, cleaner and easier. It does not make your clothes and camping gear smell like smoke days after camping and does not require you to haul messy firewood to the campsite. Remember, stoves can operate in any weather condition, but campfires will only work if the weather is favorable.

6. Enjoy the evening as much as possible without a campfire

By not having all your attention focused on the flames, you can sit back, observe the stars, watch the fireflies, and listen to the night sounds. Try as much as possible to use an alternative to a campfire, like covering yourselves with a blanket, playing fun games that keep you warm, or simply going indoors

7. Best locations for a fire

Camp in an area where wood is abundant if building a fire. Do not have a fire in areas with little to no wood at higher elevations, in a desert setting or heavily used areas. When you abide by these prescriptions, you will leave no trace, and there will be no evidence of a fire ever being constructed, lessening the impacts of campfires. Moreover, do not build a fire next to rock outcrops as the black scars will remain on the rocks for years.

It is not that campfires are bad. In fact, they are very beneficial especially when group camps or intends to have a long night talking. They keep the people warm when they are busy conversing. However, they have several effects, some of which can be controlled.