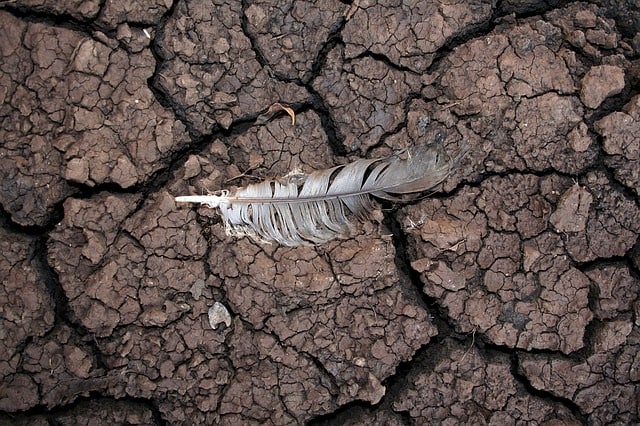 Soil erosion is, at its core, a natural process. Simply put, it is when topsoil, which is the upper-most layer of the ground, is moved from one spot to another. Why this matters is because topsoil is the part of the land that is highest in organic matter and best suited for farming and other fertile activities, which is why soil erosion can have the greatest impact on farmers and agricultural land.

In other words, soil erosion is a naturally occurring and slow process that refers to the loss of the field’s topsoil by water and wind or through the conversion of natural vegetation to agricultural land.

Essentially, all life depends upon the soil … There can be no life without soil and no soil without life; they have evolved together.

When farming activities are carried out, the topsoil is exposed and is often blown away by wind or washed away by rain. When soil erosion occurs, the movement of the detached topsoil is typically facilitated by either a natural process – such as wind or water movement – or by the impact of man, such as through tilling farmland.

The process of soil erosion is made up of three parts:

“Soil erosion is one form of soil degradation. Soil erosion is a naturally occurring process on all land. The agents of soil erosion are water and wind, each contributing a significant amount of soil loss each year.

Soil erosion may be a slow process that continues relatively unnoticed, or it may occur at an alarming rate causing serious loss of topsoil. The loss of soil from farmland may be reflected in reduced crop production potential, lower surface water quality and damaged drainage networks.”

When it comes to our planet, natural resources are typically affected by two things – either naturally-occurring ones such as weather or from man-made influence.

Soil erosion, or the gradual reduction of topsoil in a geographic area, can be caused by both natural and unnatural processes, but it can also have great effects on inhabitants of an affected area.

One of the major concerns regarding soil erosion is that it can permanently affect the land, which can be devastating for farmers or those with agricultural pursuits.

Unfortunately, many people are still uneducated about soil erosion, which is leading to the occurrence in greater amounts around the world. Soil erosion contributes to pollution in adjacent water sources and reduces cropland productivity.

Major crops that cause soil erosion include coffee, cotton, tea, tobacco, palm oil, soybean, and wheat that can increase soil erosion beyond the soil’s ability to maintain itself.

Types or Forms of Soil Erosion

Sheet Erosion by water is almost invisible. Lighter colored soils are a sign that over the years, erosion has taken its toll.

Wind Erosion is highly visible. Although it is a problem, water erosion is generally much more severe.

Gully Erosion occurs when water runoff removes soil along drainage lines and makes gullies; some of them are huge and impossible to cross with farm machinery.

Ephemeral Erosion usually occurs in natural depressions. It differs from gully erosion that the area can be crossed by farm equipment.

Bank Erosion refers to the wearing away of the banks of a stream or river. Generally, constructed drainage channels and natural streams act as outlets for subsurface drainage systems and surface water runoff. It is the progressive undercutting, scouring and slumping of these drainage ways.

During heavy rains, soil erosion is common. First of all, the water starts to break down the soil, dispersing the materials it is made of.

Typically, rainwater runoff will impact lighter materials like silt, organic matter, and finer sand particles, but in heavy rainfall, this can also include the larger material components.

When land is worked through crops or other agricultural processes, it reduces the overall structure of the soil, in addition to reducing the levels of organic matter, making it more susceptible to the effects of rain and water.

Tilling in particular, because it often breaks up and softens the structure of the soil, can be a major contributor to erosion. Farming practices that reduce this activity tend to have far fewer issues with soil erosion.

3. The slope of the Land

For example, land with a high hill slope will perpetuate the process of rainwater or runoff saturation in the area, particularly due to the faster movement of the water down a slope.

Plants and crops help maintain the structure of soils, reducing the amount of soil erosion. Areas with less naturally-occurring flora may be a hint that the soil is prone to erosion.

Unsheltered distance with lack of windbreaks such as trees, shrubs, crop residue, etc. make way for the wind to put soil particles into motion for greater distances, thereby increasing soil erosion and abrasion. Knolls and hilltops are usually exposed without any vegetation cover and suffer the most.

Wind can be a major factor in reducing soil quality and promote erosion, particularly if the soil’s structure has already been loosened up. However, lighter winds will typically not cause too much damage, if any.

The most susceptible soil to this type of erosion is sandy or lighter soil that can easily be transported through the air.

A major problem with soil erosion is that there is no guideline as to how quickly or slowly it will occur. If largely impacted by ongoing weather or climate events, it may be a slow-developing process that is never even noticed.

However, a severe weather occurrence or other experience can contribute to rapid-moving erosion, which can cause great harm to the area and its inhabitants.

Some of the greatest effects of soil erosion include:

Obviously, this is the biggest effect of soil erosion. Because topsoil is so fertile, if it is removed, this can cause serious harm to farmer’s crops or the ability to effectively work their land.

When the soil under the topsoil becomes compacted and stiff, it reduces the ability for water to infiltrate these deeper levels, keeping runoff at greater levels, which increases the risk of more serious erosion.

As mentioned, removing topsoil that is heavy with organic matter will reduce the ability for the land to regenerate new flora or crops.

When new crops or plants can’t be placed successfully in the area, this perpetuates a cycle of reduced levels of organic nutrients.

Sometimes too much compaction with sand can lead to an effective crust that seals in the surface layer, making it even harder for water to pass through to deeper layers.

In some ways, this can help erosion because of the densely packed soil, but if it perpetuates greater levels of runoff from rainwater or flooding, it can negatively impact the crucial topsoil.

When soil is eroded in active cropland, wind, in particular, makes lighter soil properties such as new seeds and seedlings to be buried or destroyed. This, in turn, impacts future crop production.

When the structure of the soil becomes compromised, and organic matter is greatly reduced, there is a higher chance of increased soil acidity, which will significantly impact the ability for plants and crops to grow.

Unfortunately, if an area is prone to erosion or has a history of it, it becomes even harder to protect it in the future. The process has already reduced the soil structure and organic matter of the area, meaning that it will be harder to recover in the long run.

A major problem with runoff from soils – particularly those used for agricultural processes – is that there is a greater likelihood that sediment and contamination like the use of fertilizer or pesticide. This can have significant damage on fish and water quality.

The fact that erosion degrades land denotes that it can support fewer plants that can help absorb climate-warming CO2. Soils have the ability to potentially sequester enough GHG in a year to equal about 5% of all man-made GHG emissions annually.

A report from the Intergovernmental Panel on Climate Change (IPCC) found that when cultivated without conservation practices, the soil is currently eroding up to 100 times quicker than it’s forming.

There will be even higher risk of erosion in the future because of emissions-triggered temperature changes, with resulting decreases in human health, agricultural production, and land value.

When it comes to finding solutions for soil erosion, the most useful techniques found tend to be those that emphasize reinforcing the structure of the soil and reducing processes that affect it.

Because tilling activity breaks up the structure of the soil, doing less tilling with fewer passes will preserve more of the crucial topsoil.

Introducing terraces or other means of stabilizing plant life or even the soil around them can help reduce the chance that the soil loosens and erodes. Boosting areas that are prone to erosion with sturdy plant life can be a great way to stave off future effects.

For those areas where soil erosion is predominantly caused by water – whether natural or man-made – specialized chutes and runoff pipes can help to direct these water sources away from the susceptible areas, helping stave off excess erosion.

Having these filters in particular areas rather than leading to natural bodies of water is a focus to reduce pollution.

Soil conservation can be defined as “the combination of the appropriate land use and management practices that promotes the productive and sustainable use of soils and, in the process, minimizes soil erosion and other forms of land degradation.”

Various measures for soil conservation are primarily meant for the prevention of soil loss or reduced fertility caused by acidification, over usage, salinization or other chemical soil contamination.

A major factor for preventing soil erosion is educating more and more people who work with the land on why it is a concern, and what they can do to help reduce it.