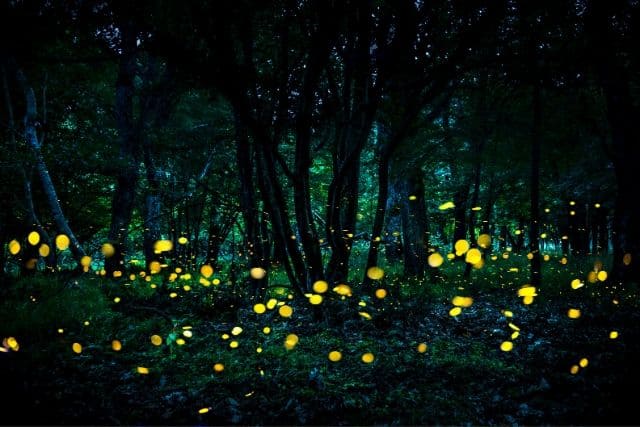 Fireflies, the most beloved of all the insects and their dance of lights, are among the most striking nocturnal sights in nature’s world. However, experts have warned certain species may be at risk of extinction.

Over 2,000 species of the beloved fireflies exist in nature but are under threat from habitat loss, pesticides and light pollution.

Among other threats, habitat loss is considered the most substantial pressure on the insects which belong to the beetle family and include more than 2,000 species, an academic survey of firefly experts around the world found. The spraying of pesticides and the use of artificial lights at night are the other leading threats to these creatures.

Most firefly species in terms of populations aren’t well documented. The substantial data only exists for a few, like the typical European glow-worm and a separate species found in Malaysia. But the declines in these records is raising concerns that fireflies could be facing the sort of difficulty that have sparked fears elsewhere of a broader crisis in the insect world.

“If people want fireflies around in the future, we need to look at this seriously,” said Sara Lewis, a professor of biology at Tufts University in Massachusetts, who led the survey. “Fireflies are incredibly attractive insects, perhaps the most beloved of all insects because they are so conspicuous, so magical.

“They spark wonder in people. When you are in your back yard or park you notice them and are amazed. They are one of the few things that universally give people a feeling of falling in love in nature.”

Lewis is associated with the International Union for the Conservation of Nature and leading a team of biologists for a better understanding of the challenges faced by fireflies and helps safeguard them. “We want to keep fireflies lighting up our nights for a long, long time,” said Sonny Wong of the Malaysian Nature Society, a member of the group.

Many fireflies are habitat generalists, while others are at particular risk when areas are destroyed for residential or commercial development. Lewis said the Bethany Beach firefly is an example of a firefly in such peril and found only in a handful of wetlands along Delaware’s Atlantic coast. “Unfortunately, people also like to live on the coast, and there’s been tremendous residential development there,” she said.

The young fireflies develop underground or in leaf litter, and are vulnerable to insecticides applied to kill crop pests. Another problem that scientists have warned is driving the decline of other insects like fireflies and especially moths is that they have also suffered from the explosion in light pollution over the past century.

Not just their incandescent beauty, but fireflies are considered necessary in the ecosystem, preying upon creatures like slugs and snails.

“They also play a role as a flagship species for insect conservation, because they are so attractive,” said Lewis. “People, certainly in the US, who don’t like insects would say, ‘I love fireflies, and I’ll do anything to conserve them.’ We want a world where they are still around. At least with light pollution, there’s an easy way to reverse things – you just turn off the lights.”