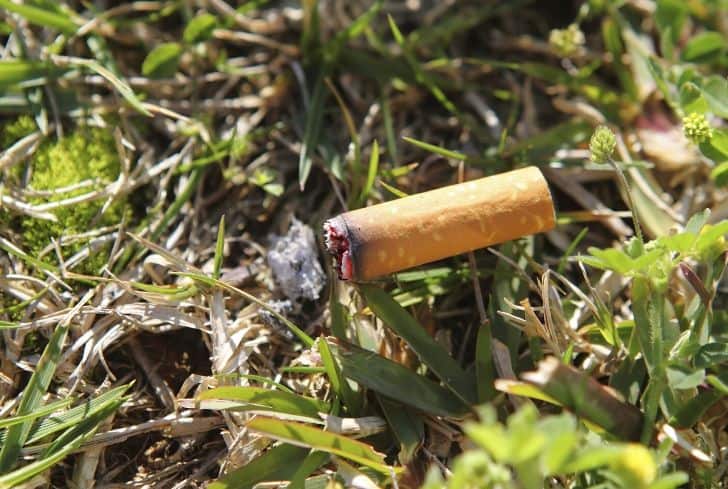 With the rise of concrete buildings and roads, one part of the Earth that we rarely see is the soil. It has many different names, such as dirt, mud, and ground. However, it is definitely very important to us. The plants that feed us grow in soil, and keeping it healthy is essential to maintaining a beautiful planet.

However, like all other forms of nature, the soil also suffers from pollution. The pollution of soil is a common thing these days, and it happens due to the presence of man-made elements.

What is soil pollution?

Soil pollution is when the soil is contaminated by different pollutants like toxic chemicals from man-made products or even from wind or precipitation, which are natural pollutants. The chemicals within soil cause reactions with other chemicals that go within it, which could lead to soil contamination or pollution.

If the chemical placed into the soil is unnatural and harmful, then the soil will be polluted or contaminated, which could cause a lot of risks to the environment. On the other hand, even if the contaminant is a natural component of the soil, it could still cause soil pollution if the concentration is already too high.

According to Environmental Pollution Centers, soil pollution is,

The main reason why the soil becomes contaminated is the presence of man-made waste. The waste produced by nature itself, such as dead plants, carcasses of animals, and rotten fruits and vegetables, only adds to the fertility of the soil. However, our waste products are full of chemicals that are not originally found in nature and lead to soil pollution.

Soil pollution is a complex phenomenon, and it can be triggered by a variety of things and activities, from the littering of cigarette butts to excess use of chemical fertilizers. Every cause is linked with another. It is quite difficult to pinpoint one particular cause. However, the leading causes are listed below.

Industrial activity has been the biggest contributor to the problem in the last century, especially since the amount of mining and manufacturing has increased. Most industries are dependent on extracting minerals from the earth.

Whether it is iron ore or coal, the by-products are contaminated, and they are not disposed of in a manner that can be considered safe. As a result, the industrial waste lingers on the soil surface for a long time and makes it unsuitable for use.

The utilization of chemicals has gone up tremendously since technology has provided us with modern pesticides and fertilizers. They are full of chemicals that are not produced in nature and cannot be broken down by it. As a result, they seep into the ground after they mix with water and slowly reduce the fertility of the soil.

Other chemicals damage the composition of the soil and make it more erodible by water and air. Plants absorb many of these pesticides, and when they decompose, they cause soil pollution since they become a part of the land.

Finally, a growing cause for concern is how we dispose of our waste. While industrial waste is sure to cause contamination, there is another way in which we are adding to the pollution. Every person excretes a certain amount of personal waste in the form of urine and feces.

While much of it moves into the sewer system, there is also a large amount that is dumped directly into landfills in the form of diapers. Even the sewer system ends at the landfill, where the biological waste pollutes the soil and water. This is because our bodies are full of toxins and chemicals that are now seeping into the land and causing pollution of the soil.

Oil leaks can happen during the storage and transport of chemicals. This can be seen at most of the fuel stations. The chemicals present in the fuel deteriorate the quality of soil and make it unsuitable for cultivation. These chemicals can enter into the groundwater through the soil and make the water undrinkable.

Acid rain is caused when pollutants present in the air mix up with the rain and fall back on the ground. The polluted water could dissolve away some of the essential nutrients found in the soil and change the structure of the soil.

1. Effect on Health of Humans

Considering how soil is the reason we are able to sustain ourselves, the contamination of it has major consequences for our health. Crops and plants that are grown on polluted soil absorb much of the pollution and then pass it on to us. This could explain the sudden surge in small and terminal illnesses.

Long-term exposure to such soil can affect the genetic make-up of the body, causing congenital illnesses and chronic health problems that cannot be cured easily. In fact, it can sicken the livestock to a considerable extent and cause food poisoning over a long period of time. The soil pollution can even lead to widespread famines if the plants are unable to grow in it.

2. Effect on Growth of Plants

The ecological balance of any system is affected due to the widespread contamination of the soil. Most plants are unable to adapt when the chemistry of the soil changes so radically in a short period of time. Fungi and bacteria found in the soil that bind it together begin to decline, which creates an additional problem of soil erosion.

The fertility of the soil slowly diminishes, making land unsuitable for agriculture and any local vegetation to survive. The soil pollution causes large tracts of land to become hazardous to health. Unlike deserts, which are suitable for their native vegetation, such land cannot support most forms of life.

The toxic chemicals present in the soil can decrease soil fertility and therefore decrease the soil yield. The contaminated soil is then used to produce fruits and vegetables, which lack quality nutrients and may contain some poisonous substances to cause serious health problems in people consuming them.

The emission of toxic and foul gases from landfills pollutes the environment and causes serious effects on the health of some people. Besides, the unpleasant smell causes inconvenience to other people.

The death of many soil organisms (e.g., earthworms) in the soil can lead to alteration in soil structure. Apart from that, it could also force other predators to move to other places in search of food.

A number of ways have been suggested to curb the current rate of pollution. Such attempts at cleaning up the environment require plenty of time and resources to be pitched in. Industries have been given regulations for the disposal of hazardous waste, which aim at minimizing the area that becomes polluted.

Organic methods of farming are being supported, which do not use chemical-laden pesticides and fertilizers. The use of plants that can remove pollutants from the soil is being encouraged. However, the road ahead is quite long, and the prevention of soil pollution will take many more years.

6. Poisoning of the Underground Water Table

Soil pollution also leads to the poisoning of the underground water table. Since this water is stored beneath the layers of the soil, the toxins in the soil could easily percolate slowly and steadily into the water table.

We must also remember that this is the water that is available for consumption and usage through wells and tube wells. When such toxic water is consumed or used over a period of time, it causes a lot of ill effects on our health. Diseases like arsenic poisoning, food poisoning, and others are caused by the prolonged consumption of this toxic underground water. These diseases could also prove to be quite fatal.

1. Reduced Use of Chemical Fertilizers

It could also destroy the good microorganisms in the soil. Not only that, but the runoff from such soils also causes water pollution as well. Thus, using chemical fertilizers is like a double-edged sword.

One of the major causes of soil pollution is soil erosion, which is caused due to deforestation. It is natural that, with an ever-growing population, humankind needs more and more space to expand their civilization. Often, it is achieved at the cost of the health of the soil. To prevent this from happening, reforestation of a deforested area should be promoted.

Also, afforestation should be promoted and encouraged in the barren lands. The roots of the plants bind the soil particles together and even capture good microorganisms in the soil. It also ensures the maintenance of the underground water table.

These steps not only reduce waste generation but also ensure that soil pollution is reduced. At present, plastic forms a significant portion of the generated waste. More often than not, this wastes is buried in landfills.

In these landfills, these plastics and other materials decompose slowly and release toxic materials into the soil. These toxic substances are very harmful to the health of the soil and are a major source of soil pollution.

By reusing and recycling things, we would ensure that lesser wastes are dumped in these landfills, and this, in turn, would reduce soil pollution.

4. Get the Locals Involved

In order to ensure that a problem like soil pollution is solved, it is essential that every individual must get involved. It is with their involvement that things can work out better. Awareness programs could be designed so that people understand soil pollution better. If people are aware, they will help, even subconsciously.

5. Promote Use of Natural Manure

Natural manure is one of the best sources of nutrients for the soil. It is harmless and completely organic. It adds essential nutrients to the soil and restores the health of the soil. It has no harmful by-products that could harm the soil or the environment in any way.