Fossil fuels as the name suggests are derivatives of plant and animal fossils that are millions of years old. These are primarily formed from the remains of the decayed plants and animals of the carboniferous era. The three fuel sources i.e. coal, natural gas and oil/petroleum help to meet the energy and electricity demands of today’s world. The demand for energy will never be in the declining graph. Industrial revolution has shown the way and it’s still going on

Fossil fuels are the major energy source that are being used in the world today. But there over-consumption can lead to serious environmental issues such as air pollution. Fossil fuels release carbon dioxide, nitrogen dioxide, sulfur dioxide, carbon monoxide etc. when burnt that can have severe consequences on the habitats. They are non-renewable sources of energy as they are derived from pre-historic fossils and won’t be available once they are fully used. Their sources are limited and they are depleting at a faster rate. 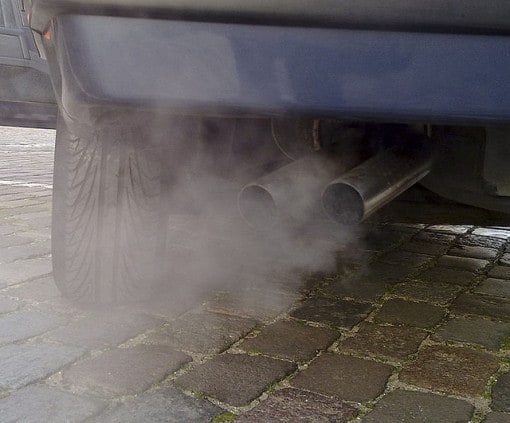 Fossil fuels are energy resources formed over millions of years from remains of dead plants and animals buried underneath sediment and rock. Subsequent decomposition without the presence of oxygen, coupled with naturally occurring heat beneath the earth and pressure from rock and dirt converted these dead plants and animal matter into fossil fuels.

Fossil fuels are considered nonrenewable energy resources because they take millions of years to form and are harsh on the environment. This means we are current using fossil fuels formed more than 50 years ago, and once they deplete, we will have no fuel to burn.

Oil is sometimes known as petroleum. Oil is formed from dead plants and animals. When these plant and animal species die, they sink to the ocean floor forming sedimentary drift of decomposing matter. Sediment starts to pile up on the decaying plant and animal matter. As more and more sediment pile up to form numerous layers, the bottom layer becomes compacted by the ever increasing pressure from the piling sediment.

This leads to temperature increases. Over time, the temperature becomes so intense that it starts to speed up chemical processes, which trigger very heavy and complex molecules known as kerogens to congregate from the dismantled components of organic molecules. The kerogens, together with long lasting lipids, as well as limited leftover scraps of cell wall constitute the raw materials that convert into oil after intense heat and increased pressure application.

Natural gas is less dense than air, and its biggest constituent is methane gas. Methane is a chemical compound made up of carbon and hydrogen. Natural gas formation is similar to oil, only that it forms due to increased and relentless pressure applied to oil, which causes it to vaporize into gas. Natural gas typically occurs near underground oil deposits. Gas extraction technologies pump it out from underneath the ground and transport it through huge pipelines.

For coal to form, more than heavy vegetation is required. The debris from vegetation must be buried, compressed under high pressure and insulated from erosion. Even with these favorable conditions for the formation of coal, it would not form unless the vegetation debris was submerged and buried by sediments.

Formation of Coal Occurs in 4 Stages

Coal formation starts from this stage. Here plant or vegetation matter is oxidized to form carbon dioxide and water. However, accumulation of plant matter under water means oxygen is absent, which means only partial decomposition takes place. This partial destruction of plant materials leads to the formation of a substance called peat. Peat is a soft, spongy and fibrous substance. The plant materials leading to the formation of peat are easily recognizable at this stage. Peat has a lot of water and must be thoroughly dried before use. It’s hardly used as a heat source since it burns with a lot of smoke.

This is the second stage in the formation of coal. It is formed when coal is subjected to intense pressure from piling sediments. It’s typically dark brown in color and exhibits traces of plants. It widely available, but only utilized when efficient fuels are not obtainable. It is impossible to ship or handle lignite as it crumbles easily.

This is the third stage of coal production. The lignite has been subjected to increased pressure making it compact. This is called bituminous coal. Almost all traces of plants have disappeared at this stage. Bituminous coal is sometimes known as soft coal and used in most industries as an energy source.

This is the fourth stage of coal formation. At this stage, it’s known as hard coal as it’s relatively hard and characterized by a high luster. It forms due to extraordinary high temperature and pressure. It burns with a short flame and very little smoke.

See also  Why is it Important To Go Green Starting Today?

Nonrenewable energy sources are destined to deplete in the near future. Fossil fuels do not qualify as renewable energy resources because their supply is limited. In fact, they are projected to run out in the next 50 years. Also, formation of fossil fuels takes years, which means when they deplete, we may have to wait for another 60 years or so for new ones to form.

Environmental pollution is one of the major disadvantage of fossil fuels. It is a known fact that carbon dioxide, gas released when fossil fuels are burnt, is one of the primary gas responsible for global warming. Rise in temperature of earth has resulted in melting of polar ice caps, flooding of low lying areas and rise in sea levels. If such conditions continue, our plant Earth might face some serious consequences in near future.

Unlike renewable energy resources like solar and wind, accidents involving fossil fuels are highly dangerous and can cause massive damage. Oil spills have occurred in the past, especially in the United States. Oil spills lead to pollution of water bodies and death of aquatic animals including those living offshore. Also, the environment around the shore is severely devastated.

Emissions of greenhouse gasses and other toxic elements as a result of fossil fuel combustion can cause serious health complications such as chronic asthma, low lung functioning, chronic bronchitis and cardiovascular diseases.

According to the U.S. Department of Energy, more than half of the oil consumed in the United States is imported. This overdependence on foreign oil is a security threat to the United States. Nations can use this overreliance as a political leverage, putting the country’s interests in grave danger.

The coal power plants requires huge and regular supply of coal to produce large amount of energy on a constant basis. This means that these plants need train-loads of fuel near power stations to carry out the process of generating power. This is needed as many countries are still dependent on coal as a major source for producing power.

Fossil fuels are needed in huge reserves wherever their plants are set up. This requires them to be transported to the desired location via truck, train, ship or airplane. Often we hear of some leaks in oil tankers or ship getting drowned deep under the sea that were carrying crude oil to get refined. The impact of this is that crude oil contains some toxic substances which when mixed up with water poses serious impact on aquatic life. Transportation of crude oil via sea can cause oil spill which can pose hazard to the aquatic life by lessening the oxygen content of water.

Technologies to get more out of the earth are progressing, but they don’t seem to be doing it as quickly as our demand is growing. In addition, while coal is much more abundant than oil, extraction of coal can be very unsafe, and is damaging to the environment on a large scale, causing erosion, acidification of the environment, and destruction of wild lands. Though the fossil fuels meet our energy and fuel needs, still it’s a high time to look forward for the alternative renewable sources of energy such as wind turbines, solar panels, tidal generators and compost. As said by a great man, there is enough for everyone’s need but not enough for everyone’s greed.