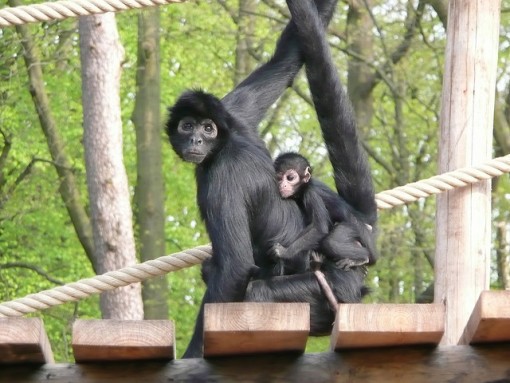 Endangered species are those species that are at a risk of becoming extinct due to man’s intervention for their fur, habitat loss, climate change, disease, hunting. Endangered species have a small or declining population, meaning that there are so few left and could extinct anytime in near future. The current rate of extinction is far more than the expected natural rate and should be a cause of concern for all of us. These species help us to main ecosystems by providing clean air, water, medicines, food, building and clothing material.

“An endangered species is a species which has been categorized as likely to become extinct. Endangered (EN), as categorized by the International Union for Conservation of Nature (IUCN) Red List, is the second most severe conservation status for wild populations in the IUCN’s schema after Critically Endangered (CR).“

What is a fish without a river? What is a bird without a tree to nest in? What is an Endangered Species Act without any enforcement mechanism to ensure their habitat is protected? It is nothing.
~ Jay Inslee

Here is a brief list and overview of the facts about top 30 endangered species.

2. Jamaican Iguana – The largest land reptile on the island is threatened by the introduction of the mongoose. The mongoose was introduced to control snakes, but now is eating the iguana.

3. Wild Yam – A popular herbal medicine, the wild yam is hard to find in the wild. It has been over harvested, and over development and deforestation of the area that once supported it threatens its extinction.

4. Wooly Spider Monkey – This small and lively monkey is slowly disappearing. It is hunted for food and fur, but its natural habitat is being destroyed by logging and mining.

5. Greater Bamboo Lemur – Once populous in Madagascar, the natural habitat for these slow moving creatures is disappearing. There are no supporting habitats to take its place.

6. Javan Rhino – This rhino is not just endangered, it is rare. There are no captive animals for conservation. It has been hunted and poached for the mystical properties of its small single horn. Once populous in the mountains, it is rarely seen and highly valued today.

7. Baishan Fir – Native to Eastern China, this fir has been threatened mostly by climate change. While it is also highly prized by collectors, it has proven to be difficult to conserve as it doesn’t grow easily outside its native environment.

8. Actinote Zikani – A butterfly native to South America, there have been fewer and fewer surviving in each generation. Their natural habitat has been threatened by development and climate change.

9. White Bellied Heron – Also known as the Imperial Heron, this great bird has all but disappeared from India and East Asia. The destruction of its natural habitat, pollution and climate change are the cause.

10. Bazzania Bhutanica – A type of Liverwort plant, it is all but extinct due to human interference and destruction of the dry, tropical rainforest areas that it prefers.

11. Hirola – Native to Kenya and Somalia, the Hirola is a type of antelope that is dying out. The effects of the long standing drought in the region, plus the ravages of war, have decreased its habitat. Its horns and meat are also highly prized.

12. Franklin’s Bumblebee – This bumblebee has the most restricted migratory range of all others. It is found only in the areas of Northern California and Oregon. Pollution, climate change and the destruction of its natural habitat have put it firmly on the endangered list.

13. Santa Catarina’s Guinea Pig – Found only on a small island off Brazil, this population of guinea pigs is diminishing through poaching and land development.

14. Roloway Guenon – This bearded and tri-colored monkey used to be a common sight in West Africa, but its numbers are quickly fading. Deforestation and human growth have pushed more of its native predators into their dwindling habitat.

15. Nelson’s small-eared Shrew – Once found in most parts of Eastern Mexico, this shrew is losing its natural habitat to human development. Its natural predators are also being forced into smaller territories, which means there are more predators present in the small areas the shrew has to call home.

16. Amsterdam Albatross – There are only 5 pairs left in the wild on Amsterdam Island. This native India Ocean bird has come under threat through island development, and the practice of longline fishing.

17. Discoglossus Nigriventer – This painted frog lives in the Israeli region and was once declared extinct, before a few survivors were spotted.

18. Coral Tree – Native to Africa, this tree has become very popular with homeowner’s in the American South and other warm climates. Unfortunately, conservation efforts have not kept up with harvesting quotas.

19. Northern Bald Ibis – Once found all the way from Africa, through the Middle East and into Central Europe, the Hermit Ibis is failing. In recent years it has been determined that pesticide use and loss of habitat are the main culprits.

20. Table Mountain Ghost Frog – These frogs get their name from the area they are found in, Table Mountain South Africa. Encroachment by human development has pushed more of their natural predators into the region and rapidly diminished their numbers.

21. Sakhalin Taimen – This Japanese fish is a member of the Salmon family and through over fishing and pollution, is almost extinct. Once found throughout Japan, sightings are getting more and more rare. They tend to stay in the rivers, but the rivers have ceased to be able to support their life.

See also  Can Sewage Water Be Used for Irrigation?

22. Archey’s Frog – Considered a living fossil as there have been few evolutionary changes to the species in 200 million years, this New Zealand native has survived eons, only to begin to succumb to diseases introduced to the island by man.

23. Cuban Greater Funnel Eared Bat – This bat is native to Cuba and the natural erosion of its cave habitats have been made worse by development and cave modifications for tourists and mining.

24. Peacock Tarantula – This bright blue member of the tarantula family is on the extreme endangered list. Its natural forest habitat in India has all but been logged or cleared out of existence for progress.

25. Fatuhiva Monarch – Native to French Polynesia, this beautiful and large butterfly has also made it to the critical endangered list. The reason for its demise is credited to the introduction of black rats to the islands, a non-native species who feeds on this insect.

26. Beydaglari bush-cricket – This bush cricket is native to the mountains in Turkey, but encroachment of agricultural interests and development has destroyed its natural habitat.

27. Tonkin snub-nosed Monkey – While thought to have been extinct in the 80s, they were spotted again in the 90s. Destruction of their habitat and poaching are their biggest threats.

28. Rosa Arabica – Sometimes called the Rose of Sinai, this flower is almost extinct due to climate changes and development of its natural habitat.

29. Angel Shark – This flat shark used to be a delicacy, but is no longer in demand. What is killing it off is commercial fishing that is catching and killing the fish indiscriminately as a byproduct of their industry.

30. Chinese Crested Tern – While almost driven to extinction, the Chinese crested terns may be the success story of conservation efforts. Their numbers are slowly rising due to careful conservation and enforced regulations.