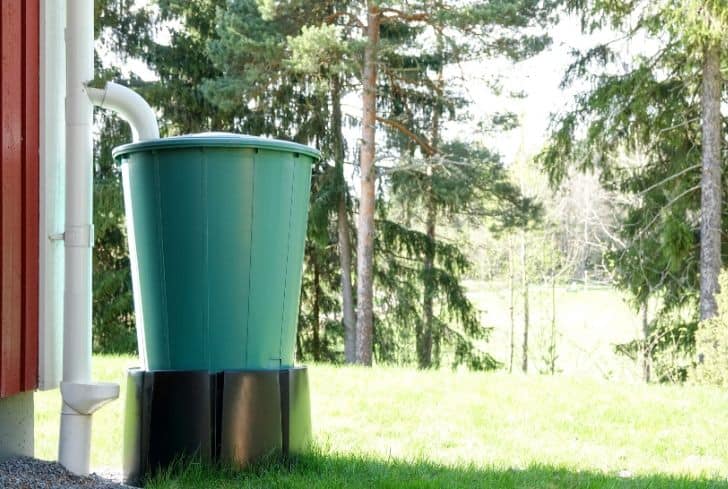 Although close to three-fourths of our planet is made of water, not all of it is suitable for use. The water in the oceans and seas cannot be used as drinking water, and little of it can be utilized for other purposes. As a result, there is a constant shortage of water that is either good for drinking or home and industrial use.

Areas on the planet that have long faced water shortage were able to combat this problem by harvesting what little rainwater they received. This slowly started spreading to areas where there was plenty of rainfall. As a result, the modern-day rainwater harvesting system was bought into place.

The idea behind the process is simple. Rainwater is collected when it falls on the earth, stored and utilized at a later point. It can be purified to convert it into drinking water, used for daily applications and even utilized in large scale industries. In short, rainwater harvesting is a process or technique of collecting, filtering, storing and using rainwater for irrigation and various other purposes.

To reduce the consumption of groundwater, many people around the world are using rainwater harvesting systems. This practice has been around for thousands of years and has been growing at a rapid pace. In areas where there is excess rainfall, the surplus rainwater can be used to recharge groundwater through artificial recharge techniques.

Till today, rainwater is used as a primary source of drinking water in several rural areas.  The best thing about rainwater is that it is free from pollutants as well as salts, minerals, and other natural and man-made contaminants.

In an urban setting, harvesting is usually done with the help of some infrastructure, or the simplest method for a rainwater harvesting system is storage tanks. In this, a catchment area for the water is directly linked to cisterns, tanks and reservoirs. Water can be stored here until needed or used on a daily basis.

The roofs of our homes are the best catchment areas, provided they are large enough to harvest daily water needs. Other than that, large bowls and tarps can also fulfill the function.

Surface Runoff Harvesting: Rainwater is collected into natural reservoirs or tanks, or the infiltration of surface water into subsurface aquifers before it is lost as surface runoff.

Roof-top Rainwater Harvesting (RRH): Roof-top rainwater harvesting involves diverting and recharging (or) storing part of the rainwater that falls on the roof of a house. The harvested water is directed stored into a recharge pit, which collects and slowly recharges into the groundwater storage/aquifer in that area.

Dams: Dams are barriers that are designed to trap water. Rainwater can accumulate directly in them, or drainage systems can be created to direct water into them. This technique is mostly used for irrigation purposes or treated and then distributed for domestic use.

The way in which they are modeled can also be used to harvest a lot of water. Unlike ponds, measures are applied to reduce the amount of water draining into the ground.

Underground Tanks: These are constructed by digging into the ground and creating a space which is then cemented to reduce water infiltration. The top is also sealed, and water is obtained through pipes directed into the tank. Pumps are used to get water out.

Underground tanks are wonderful for harvesting rainwater because since they are located underground where sunlight does not really penetrate, the rate of evaporation is reduced.

Rain Saucer: In this technique, rainwater is directly collected as it falls from the sky by using a rain-saucer. These look like upside-down umbrellas or big funnels and are usually attached to a pipe so that the collected water is directed elsewhere. Sometimes the collecting container is placed underground with only the rain-saucer above the ground. It is a simple yet effective method.

Water Collection Reservoirs: In this case, rainwater is harvested from roads and pavements. Water collected through this method is not really clean and may be contaminated. However, it can still be used for crop irrigation.

Barrage: A barrage is a dam that has several openings which can be closed or opened to control the quantity of water that passes through it. It is usually large and can be used to collect a lot of water.

Slopes: Rainwater is collected at the bottom of slopes when it flows on the ground. This is a simple and natural way to harvest rainwater.

Trenches: This is another traditional method to harvest rainwater for irrigation that is still very much in use today. When it rains, the water is directed to the farm using trenches.

Rain Barrels: These are specifically designed for this purpose and can be purchased from retail stores. Rain barrels are used for harvesting rainwater that falls on roof-tops.

Utilizing the rainwater harvesting system provides certain advantages to the community. First of all, harvesting rainwater allows us to utilize an energy resource better. It is essential to do so since drinking water is not easily renewable, and it helps in reducing wastage. Systems for the collection of rainwater are based on simple technology.

The overall cost of their installation and operation is much lesser than that of water purifying or pumping systems. Maintenance requires little time and energy. The result is the collection of water that can be used in substantial ways, even without purification.

In developed countries, rainwater is often harvested to use as a supplemental source of water rather than the main source. Still, the harvesting of rainwater can also decrease overall usage levels.

Water collected in the rainwater harvesting system can be put to use for several non-drinking functions as well. For many families and small businesses, this leads to a large reduction in their utility bill.

On an industrial scale, harvesting rainwater can provide the needed amounts of water for many operations to take place smoothly without having to deplete the nearby water sources.

It also lessens the burden of soil erosion in a number of areas, allowing the land to thrive once again. In fact, it can also be stored in cisterns for use during times when water supplies are at an all-time low.

As a matter of fact, there is little requirement for building new infrastructure for the rainwater harvesting system. Most rooftops act as a workable catchment area, which can be linked to the harvesting system. This also lessens the impact on the environment by reducing the use of fuel-based machines.

Rainwater is free from many chemicals found in groundwater, making it suitable for irrigation and watering gardens. In fact, storing large reservoirs of harvested water is a great idea for areas where forest fires and bush fires are common during summer months.

With an increase in population, the demand for water is also continuously increasing. The result is that many residential colonies and industries are extracting groundwater to fulfill their daily demands. This has led to the depletion of groundwater which has gone to a significantly low level in some areas where there is huge water scarcity.

Rainwater harvesting enables groundwater levels to be further sustained rather than depleted.

Many countries, especially those with arid environments, use rainwater harvesting as a cheap and reliable source of clean water.  When drought occurs, rainwater harvested in past months can be used.

In arid environments, ridges of soil are constructed to trap and prevent rainwater from running down hills and slopes and enhance irrigation. Even in periods of low rainfall, enough water is collected for crops to grow.

Water can be collected from roofs & dams and ponds can be constructed to hold large quantities of rainwater so that even on days when little to no rainfall occurs, enough water is available to irrigate crops.

Rainwater keeps the environment green and conducive to live in. Rainwater is also independent of salinity or pollutants found in groundwater. If the rainwater is properly harvested with the right sized system and equipment, it can be used for drinking purpose.

Rainwater, when collected, can be used for several non-drinking functions, including cooking, bathing, flushing toilets, washing clothes and utensils, watering the garden, washing cars etc. It is unnecessary to use pure drinking water if all we need to use it for some other purpose rather than drinking.

It can also be used for farming and in industries that require large amounts of water for production processes.

Rainfall is hard to predict, and sometimes little, or no rainfall can limit the supply of rainwater.  It is not advisable to depend on rainwater alone for all your water needs in areas where there is limited rainfall.

Depending on the system’s size and technology level, a rainwater harvesting system may cost anywhere between $200 to $2000 and benefit from it cannot be derived until it is ready for use. Like solar panels, the cost can be recovered in 10-15 years, which again depends on the amount of rainfall and sophistication of the system.

Rainwater harvesting systems require regular maintenance as they may get prone to rodents, mosquitoes, algae growth, insects and lizards. They can become breeding grounds for many animals if they are not properly maintained.

Certain types of roofs may seep chemicals, insects, dirt or animals droppings that can harm plants if it is used for watering the plants.

The collection and storage facilities may also impose some kind of restrictions as to how much rainwater you can use. During the heavy downpour, the collection systems may not be able to hold all rainwater, which ends in going to drains and rivers.

Rainwater collected during the first rainy season is generally not needed by plants until the dry season though it can be used for other household purposes. However, once the catchment is full, it cannot take advantage of future rains.

Rainwater harvesting is a system that is gaining momentum over time. Areas that experience high amounts of rainfall will benefit the most from the system and will be able to distribute water to dry lands with ease. However, the beneficial environmental impact of the system is what drives it further as of now.