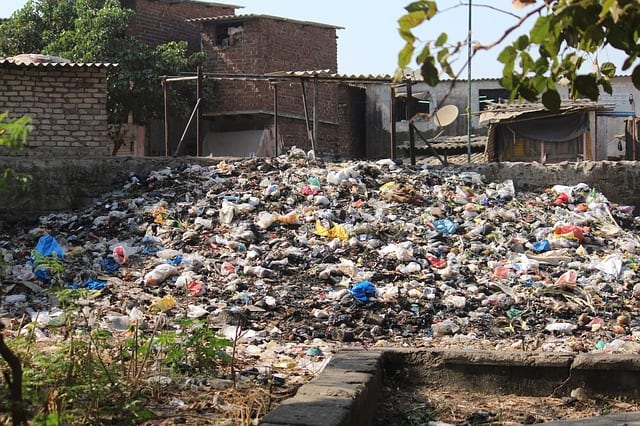 Examples of soil contaminants include lead, petroleum, pesticides, mercury, hydrocarbons, and polynuclear aromatic hydrocarbons. As such, concerns have been growing over soil contamination and the harmful consequences associated with it including increased health risks, secondary water contamination, and harmful vapors.

Despite the institutionalization of legal frameworks in most western countries to identify and solve the issues affecting the environment, remedy measures such as mapping, treatment, and cleanups still prove to be quite expensive thereby augmenting the risks and impacts.

The International Union of Soil Sciences (IUSS), for example, is among the initiatives that have been advanced to recognize the importance of soil and encourage conservation. But what exactly are the causes and effects of soil contamination? The answers plus the difference between soil contamination, soil degradation, and soil pollution are discussed in this article.

In non-organic farming, pesticides, fungicides, and herbicides are used to control pests, diseases, and weeds respectively. They are heavily used by farmers to increase productivity but the problem is that they are synthetic substances created through the combination of several artificial chemicals. Improper and continuous use of these chemicals leads to alteration of the basic composition of the soil. They also make the soil toxic for crop growth.

For example, some pesticides containing organophosphates such as methyl parathion and Malathion are still acceptable in most countries in the world regardless of the fact that they also contaminate the soil because of their high levels of toxic substances. The chemicals accumulate in the soil over time due to their slow degradation by both soil and water bacteria. In the soil, they are known for their harmful effects which result in stunted growth in plants, reduced size of fruits, and low yield.

See also  Is Resin Bad For The Environment?

An example is the Perlis city, northwest Malaysia around Chuping industrial area where high levels of copper, lead, chromium, nickel, and cadmium have been recorded, as a result of the cement mining activities around the same location. Coal mining activities are known to produce coal ash which has high amounts of lead and zinc which concentrate during its formation.

The ash also contains PAH such as phenanthrene, anthracene, and benzo(a)pyrene among others. These metals, chemicals, and radioactive wastes may find their way into the grazing grounds where they are ingested by livestock and ultimately reach to humans through livestock products such as meat and milk where they cause retardation and abnormal growths.

Treated biosolids (sewage sludge) has been largely used in agriculture as soil conditioner and fertilizer because of its high content of organic matter, phosphorous and nitrogen. As a byproduct of sewage treatment, it contains contaminants such as organisms and heavy metals that could lead to soil contamination.

Nitrification is the process of converting atmospheric nitrogen, harmless organic matter, and insoluble nitrites to soluble nitrates. This process, which is very vital for crop growth, also contributes to soil contamination when the nitrates are in high amounts. The nitrates may also leach and find its way into water supply where they accumulate to toxic levels.

Lack of proper care when manufacturing munitions can lead to soil contamination as a result of improper disposal of the wastes. An example of disposal of such waste is the mustard gas stored during the World War II, which has contaminated the soil in some regions for more than 50 years.

6. Landfills and poor disposal of e-waste

Substances in poorly maintained landfills and electronic wastes contain toxic chemicals such as lead, mercury, arsenic, cadmium, chromium, copper, and selenium among other heavy metals. Improper disposal of such waste would lead to a gradual degradation of these substances, which eventually lead to toxicity of the soil.

Fossil fuel powered engines in automobiles usually leak petroleum products and this often ends up contaminating the soil with hydrocarbon chemicals like lubricants, petroleum oil, grease, and other chemicals used for the engines and moving parts.

The leading cause of soil contamination is industrial wastes from iron, power, chemicals, and steel manufacturing plants. Most of these industries use the earth as their main disposal area. As a result, they leave toxic materials whose effects can last for years.

Contaminated soil found in parks or neighborhoods is a major health concern. When humans come into direct contact, inhale, or use water which has been affected by contaminated soil, they tend to develop pollution-related diseases. The health effect depends on the type of contaminant in the soil, the pathway, and the vulnerability of an individual.

Examples of long term health effects include developmental problems resulting from children being exposed to heavy metals such as lead. Contaminant such as chromium, PAH and lead from organic farm inputs, petroleum products wastes, coal mines and solvents are carcinogenic in nature and chronic exposure can cause congenital diseases and cancer.

Organophosphates such as parathion, Malathion and methyl parathion are known to cause neuromuscular blockage while chlorinated substances may cause the depression of the nervous system, kidney, and liver changes. Higher incidences of leukemia are caused by prolonged exposure to benzene producing waste products. Apart from the long term effects of the exposure to soil contaminants, there are short term effects namely headaches, fatigue, skin rashes, and nausea.

In the ecosystem, the soil contaminants pose a great threat to crop growth and production. High levels of contaminants in the soil can render the soil unfit for crop production. The plants grown in a field that contains contaminants are equally unhealthy for human consumption. Ingestion of such plants can hence lead to the accumulation of the harmful chemicals in larger organisms up in the food chain.

The contaminants in the soil also change the composition of soil and its microorganisms. When plants are grown in such areas, they tend to have lower yields compared to those grown in areas with no contamination. The low yields can also be attributed to the changes in metabolism caused by the contaminants.

When there are low yields, the crops or plants could be eliminated in the food chain and this automatically leads to the elimination of the subsequent trophic levels. What is more, primary consumers may be forced to migrate to other areas leading to the spread of invasive species or overpopulation in some regions and this can result in a strain of resources or destroy the environment.

Chemical soil contaminants from the land’s surface can leach and end up in the groundwater. Pesticides and chemical fertilizer components have been reported in groundwater supplies over time in areas adjacent to agricultural sites. As a result, they leaky chemicals contaminate groundwater. Consumption of contaminated groundwater can adversely affect one’s health as it is associated with certain types of cancer and hepatitis.

Some non-organic herbicides and pesticides are made up of benzene hex chloride, arsenic acid, aldrin, atrazine, and DDT among other chemicals. They are preferred because they are very effective and cheap to manufacture. Since the 1930s, they have been manufactured in huge quantities and were in use until the 1970s.

Recently, usage of those with significant impacts have been dropped but their effects are widespread while some are still in use. Pesticides containing organophosphates such as methyl parathion and Malathion are still acceptable and their traces have been found in aquatic mammals and fishes because it is highly absorbed in blood than in water and soil. Once the chemicals are absorbed, they move up the food chain to humans through a process known as bio-accumulation.

The contaminants in the soil make soil conservation unmanageable due to land degradation and soil pollution. The ultimate outcome is the deterioration of soil quality and fertility, which can eventually contribute to the formation of uninhabited wilderness that is worthless for cultivation or wildlife survival.

It is the improper disposal of chemicals such as artificial hydrocarbons, toxic waste, heavy metals, and agro-chemicals among other deadly substances into the natural soil environment due to human activities and industrialization.

This is the introduction of harmful objects, substances or chemicals by humans or their activities, either directly or indirectly into the natural soil environment in forms that cause harm to other living organisms or destroys the soil ecosystem. Soil pollution is commonly looked at as a hidden danger because it is not a form of pollution that is visible, however, the effects or outcomes are catastrophic.

This occurs when the natural soil losses its value. The value is in the form of chemical make-up, structure, profile, nutrients or living organisms and can be as a result of poor farming practices, overgrazing or erosion. An example is exposing the soil cover through practices such as deforestation. In such a case, the soil will lose its nutrients through leaching because of excessive runoff. Such soil cannot support plant growth.