Overhunting is an activity which results in serious reduction of species population or harm to wildlife. It is otherwise defined as the relentless chase for wild or game animals for the purpose of killing or catching them for economic or personal gains or for food. In several parts of the world, people continue to depend on wildlife for many needs and it is the act of killing, capturing or hunting down more animals than their populations can supply that contributes to overhunting.

Because of the interconnectedness of the ecosystem, the long-term effect of taking these species from their natural environments is devastating as it not only threatens their survival but also the survival of other species. Let’s have a close look at the specific causes of overhunting, its consequences and solutions to the problem. 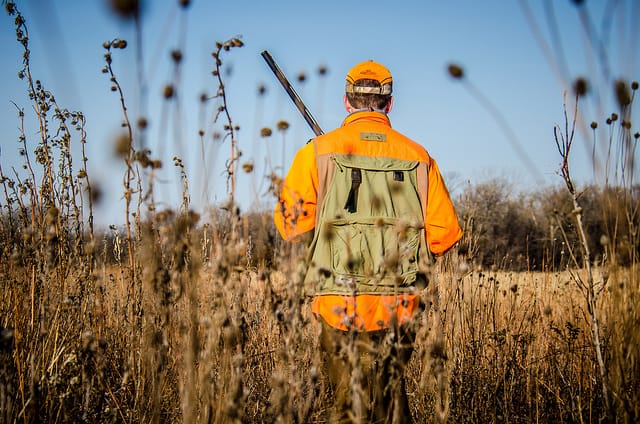 The increase of human populations across the world has significantly increased, thereby seeing high number of people encroaching into wild areas that has extensively lead to poaching and mass hunting. The increase of number of people has also contributed to high demands for food and other raw materials only obtainable from wildlife. These are some of the most deliberate and continuous hunting activities that contribute to overhunting.

Since the first time humans set foot on the planet, they’ve always hunted for food. Furthermore, some of the earliest archaeological paintings and cave paintings reveal the dependence of pre-historic man on hunting for food. To date, men still hunt for food and coupled with the ever increasing human population and environmental needs, people continue to engage even more on the activity which has led to overhunting.

The continued growth of human population means the need for more and more food that makes it difficult for some species to regenerate. What makes the matter worse is that it’s now done by big businesses that engage in the activity on a very expansive scale.

Tribes and indigenous people hunted and killed to observe tradition and culture, and for various beliefs. In the contemporary world, there are communities and tribes that still practice these activities. For instance, some ethnic groups living next to the oceans hunt turtles and use them to make soup which is believed to make them stronger.

As a result, some turtle species are in the verge of extinction in Vietnam because of this superstitious practice. In Africa, the Maasai tribe hunts lions as a rite of passage to gain recognition for their bravery. Various ethnic groups across the world also involve in such practices by killing orangutans, gibbons, monkeys and whales on the basis of different traditional and religious beliefs.

Collectively, these practices have resulted in overhunting and the endangerment of species. Whale and Orangutan hunting in Japan and Borneo respectively have, for instance, endangered the species because of some of the long-held traditions, rituals and cultural practices.

4. Hunting for fun or sport

Hunting for sport or fun is a huge activity in various parts of the world. In some areas the hunters are even awarded prizes or money for each animal hunted depending on the species. The practice is legal in some places like the hunting Safaris in Africa while in others it is done illegally. Sometimes the people engaging in such practices do not understand the harm they are causing to wildlife.

The hunting and killing for fun or sport for animal species like lions, elephants and monkeys have considerably contributed to overhunting of such species. The hunting and shooting of birds is a quintessential fun activity that has impacted many bird species.

5. Hunting for fur, decoration and other economic values

Animal species in particular are used to produce several raw materials for the manufacture of products such as clothes, body creams and lipsticks among other artifacts. Some of the materials extracted from the animals also have very high economic value and some people use them for decoration or to signify their power and superiority.

Consequently, more and more animals are hunted to fulfill the market demands for the animal’s valuable materials such as fur, skin, bones, horns, teeth and fins just to mention a few. The grey whale, for example, has been overhunted because its skin has a unique type of oil used in the manufacture of lipsticks and body creams.

The same is the case for the overhunting of tigers, polar bears and jaguars for their unique and high quality fur. The American crocodile has also been overhunted for its skin which is used in the manufacture of leather shoes, bags and belts.

Since the 17th century, excessive hunting is recorded as the third most notorious cause of animal extension. The World Wildlife Fund (WWF) reports that overhunting is responsible for 23% of extinctions. Many humans are forcing animals into extinction by over-consuming them or killing them for economic gains.

Historically, overhunting is the cause of the extinctions of giant lemurs and elephant birds in Madagascar, Miss Waldron’s red colobus monkey in Ghana, moas in New Zealand, Alagoas currasow in northeastern Brazil and giant kangaroos in Australia.

Hunting is proven to interfere with hibernation and migration of the animals. The reason for this is that when animals are hunted and killed during migration and hibernation, they develop fear of being killed which may eventually make them desist from migrating or hibernating.

3. It affects the interconnectedness of the ecosystem

Overhunting not only affects the animals but also affects the entire biosphere. Consequently, it affects the interconnectedness of the ecosystem since the living organisms need each other together with their natural habit to survive. In other words, hunting disturbs the natural order and since every ecosystem is unique and different, the removal of a living creature from their natural environment results in an unbalanced ecosystem. The dire consequences are the possibilities of overpopulation due to the incapability to keep one population at their natural levels or extinction due to lack of food.

4. It affects the food chain

With reference to how overhunting affects the interconnectedness of the ecosystem, it means other animals, trees, and plants are equally affected. As previously discussed, it causes either an increase or decline of a specific population within a habitat. When this happens, it directly impacts the natural habitat in that it gets rid of natural predation and population growth which in turn disrupts the food chain.

5. Endangerment to the general wildlife population and their habitats

When hunters make way into the forests or other wild areas, they destroy the natural environments and add carbon footprint by emitting carbon dioxide from their vehicles. The camp sites set up upon arrival at the desired hunting locations also commonly lead to lots of littering. The smoke emitted from the campfires also negatively affects both wildlife and their natural environments.

The most imperative way to curtail overhunting is the enforcement of stricter laws, especially those barring activities such as illegal animal trade and poaching. Policies should also limit the manufacture of products from endangered animal extracts such as tigers, bears and whales. Enforcement of laws to regulate the consumption of game meat will similarly offer better strategies for managing hunting activities. Laws can likewise be instituted to closely monitor and properly manage legal hunting for fun or as a sport to help conserve wilderness ecosystems.

The social media, the internet, and other awareness creation platforms such as schools are vital resources for informing people the repercussions of overhunting and the importance of desisting from the practice. The documentation of the problems associated with overhunting wild meat should constitute the initial steps. Conservation campaigns and reporting on illegal hunting as well as poaching should then follow particularly by putting special emphasis on the endangered species.

We as the custodians of planet earth can help ameliorate the problem by supporting or funding conservation agencies such as the World Wildlife Fund, Wildlife Conservation Society, Oceana, Conservation International, and International Fund for Animal Welfare just to mention a few. Most of these agencies devote to protected natural and wildlife environments from any danger including hunting.

Again as the custodians of the planet, we can offer solution to the problem by boycotting and avoiding the purchase of products with animal parts or those processed with raw materials obtained from endangered species. Examples include leather coats, clothes with furs, beauty creams, make-ups, body oils, and pretty ornaments with parts made of shells or tusks of endangered creatures. If unsure about the raw materials used to make the product, there is no need of buying it.