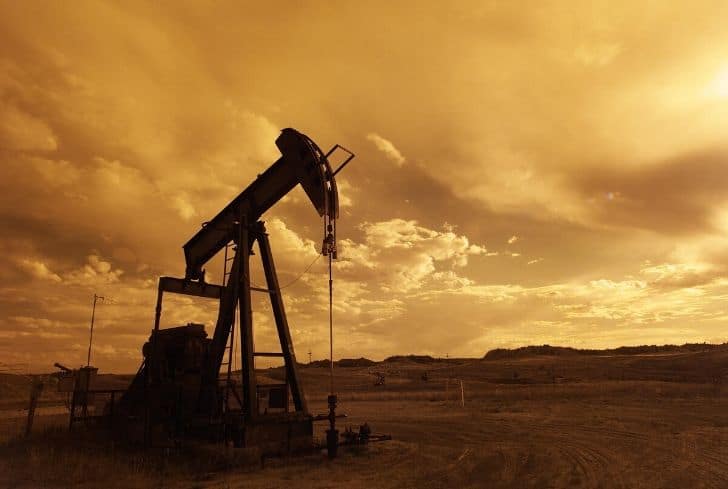 Natural resources are those resources that occur within the environment in their original and natural form, undisturbed by humanity. They take years to form without the intervention of humans.

From forests to mountains to minerals to coastal shores and wetlands, each of these natural resources has its own importance.

One of the issues that comes up when trying to discuss ways of practicing energy conservation is that many people aren’t even aware of what the top 10 natural resources are that they are trying to conserve. Needless to say that everyone can name coal, gas and oil – but what about the others?

“Natural resources are resources that exist without actions of humankind. This includes all valued characteristics such as magnetic, gravitational, and electrical properties and forces. On earth it includes: sunlight, atmosphere, water, land along with all vegetation and animal life that naturally subsists upon or within the heretofore identified characteristics and substances.“

With the world’s population fast approaching almost 8 billion, the issue becomes one of resource management as well. It is one thing to practice conservation, but we must understand that as the population grows, the demand grows as well.

Another problem is that as 3rd world countries continue to progress in industrialization, their need for resources is going to increase.

It isn’t just that you can plan for an increase in need according to an increase of the percentage of use per billion persons; as societies grow and become more modernized, their reasonable use of natural resources also increases in proportion to people and industry.

It seems the most logical thing in the world to believe that the natural resources of the Earth, upon which the race depends for food, clothing and shelter, should be owned collectively by the race instead of being the private property of a few social parasites.

1. On the basis of Origin

Biotic: Biotic resources come from the biosphere (living and organic material). Examples – forests and animals, and the materials that can be obtained from them. As fossil fuels such as coal and petroleum are formed from decayed organic matter, they are also included in this category.

2. On the basis of the Stage of Development of Natural Resources

Actual resources: Resources that have been surveyed, quantified and qualified and are currently in use. Examples – wood processing, which depends on technology and cost.

Reserve resources: Forming part of an actual resource that can be developed in the future.

Stock resources: Resources that have been surveyed, but due to lack of technology, cannot be put to use. Example – hydrogen.

3. On the basis of Recovery Rate

Renewable resources: Resources that can be replenished naturally are renewable resources. The resources, like wind, sunlight, air, water, etc. are abundantly available and their quantities are hardly get affected by human consumption.

From a human use perspective, resources are said to be renewable as long as the rate of replenishment/recovery exceeds the rate of consumption. They replenish easily compared to non-renewable resources.

From the human perspective, the rate of consumption of non-renewable resources exceeds the rate of replenishment/recovery. Example – fossil fuels, the rate of formation of fossil fuel is extremely slow (potentially millions of years).

Some resources naturally deplete without human interference, such as radio-active element uranium that naturally decays into heavy metals. Out of these, the metallic minerals are the ones that can be reused through recycling. However, coal and petroleum cannot be recycled. These resources take millions of years to replenish once they are fully used.

Top 10+ Natural Resources in the World

Here are the top 10+ natural resources in the world, how they are already in danger from the current demands placed on them, and how conservationism can help to manage these resources so that they don’t disappear.

Using alternate resources is one thing that will help; creating better resource management plans is what will also help to preserve these resources for the future.

Although many countries are working to build water treatment plants, the fact is that due to changes in the climate, the amount of rain and ice melts from winter have dropped off and lowered the reserve supplies of freshwater to be treated.

There are initiatives to educate and regulate the use of water in the world, as well as exploration into the technology of water farming in arid countries too.

Clean air is necessary for the existence of life on this planet. It is essential for the existence of plants, animals and wildlife. It is important to reduce air pollution as polluted air degrades the environment and can enter our body, causing health-related problems.

There are a number of ways to keep the air clean and reduce air pollution like riding public transport instead of using your own vehicle, carpooling etc. Read here more about the causes and effects of air pollution.

Coal is estimated to be able to last less than 200 more years. One of the major issues is that as countries such as China increase their demands on the coal supply, it will dwindle faster.

Coal is also the primary source of air pollutants in the world, so there is much discussion about regulating its usage. The problem is it is one of the cheapest sources of fuel for industrial applications.

The general estimate is that with the projected rate of consumption of oil supplies and known resources, there is enough oil to last for 30-40 more years.

While many in the oil industry are pushing to be allowed to frack and drill in protected areas to look for undiscovered oil fields, little has been done to address the question of what will happen to the Earth’s crust when the fields are empty, and there are large empty cavities beneath the Earth.

Even if new fields and methods of oil extraction are discovered, geologists project that it would be impossible for the Earth to have an unlimited supply of oil. It takes millions of years for oil to be created; there is no way of speeding up that process.

Natural gas reserves are doing only slightly better than oil; it is estimated that there is enough to last for 60 years. Gas is a much cleaner fuel source than oil, which has led to an increased level of consumption of it as an alternative fuel, but it still stands to run out quickly.

Phosphorus comes from phosphate rock and is used to grow all of our food and crops. Unfortunately, phosphate rock is only found in three places on Earth – the US, China and Morocco. The projected lifespan of the current known resources is about 100 years.

There has not been significant research in developing new and safe fertilizers that can be effective replacements for phosphorus.

In wet tropical climates, bauxite forms as rocks in soils with very little soluble materials. This is why Australia is the top producer of bauxite.

Bauxite is the main ingredient in producing aluminum metal, and most of the aluminum produced has been extracted from bauxite. It is also used in a process in drilling for oil and gas called hydraulic fracturing.

Copper, the first metal ever used by man and has been in use for thousands of years. It occurred naturally and considered one of the few metallic elements that occur in natural form.

The copper is mostly used in electrical wires, industrial machinery, roofing and plumbing. Copper is also used in nutritional supplements and as fungicides for agriculture purposes.

When we hear the word helium, we think about balloons; however, only a tiny fraction of the total helium used in today’s society is used in balloons. According to the Royal Society of Chemistry, it is required as a cooling medium for the Large Hadron Collider (LHC), superconducting magnets in MRI scanners and NMR spectrometers, and satellite instruments.

See also  Earth Hour: Importance, Activities and How Can You Contribute

As helium is non-reactive, it is used to create a protective inert atmosphere in the processes of making fiber optics and semiconductors. It also detects leaks in air-conditioning systems. Helium is non-toxic and diffuses quickly and therefore used to inflate air-bags in vehicles.

Helium is the second most abundant element in the solar system and considered a non-renewable resource. Where coincidences of unlikely situations occur within the Earth’s crust, most helium is produced, making the gas rare. Extracting helium from the air is uneconomical, with there being less than 0.00052% in air.

Iron is also in limited supply. It is made from elements such as silica, which then have to be heated to create the pig iron that industrialization depends on. Iron was the most important natural resource on earth during ancient ages.

It allowed people at that time to build stronger weapons, better transportation and taller buildings. Both iron and steel are still used in modern-day industries.

Other minerals like gypsum, phosphate, bentonite, mica, titanium, zirconium are found in sea beds along the coastal plains. Rare earth elements like scandium and terbium are two of the earth’s powerful minerals that are used in wind turbines and electronic circuits in smartphones. Coastal plains contain deposits of potassium carbonate and rare elements like cerium and neodymium.

Another important natural resource is soil. Soil is composed of many different particles, and nutrients in the soil help plants grow. Apart from this, soil can also be used to provide shelter.

A pile of garbage, along with some soil when placed in a worm compost bin, creates nutrient-rich soil that helps in the growth of plants and makes them healthy.

Salt or sodium chloride is an essential mineral for the life of humans and animals.

Commonly, the following four methods are used to mine soil:

i) Mining rock salt from underground.

As the world gets more modern and the population grows, there is more demand for housing and construction projects. This reduces open green spaces. Forests are necessary to preserve the ecology of the world that supports all of the natural resources and life.

Forests provide habitat for innumerable creatures on earth, play a critical role in providing clean air and the lumber that builds the homes. Forestry is a renewable industry as long as we manage this resource properly.

Apart from the ones listed above, rocks and sediments, rivers and lakes, mountains, farmland, wetlands, coastal shores, clays, sand, copper, manganese and stone are some of the other natural resources.