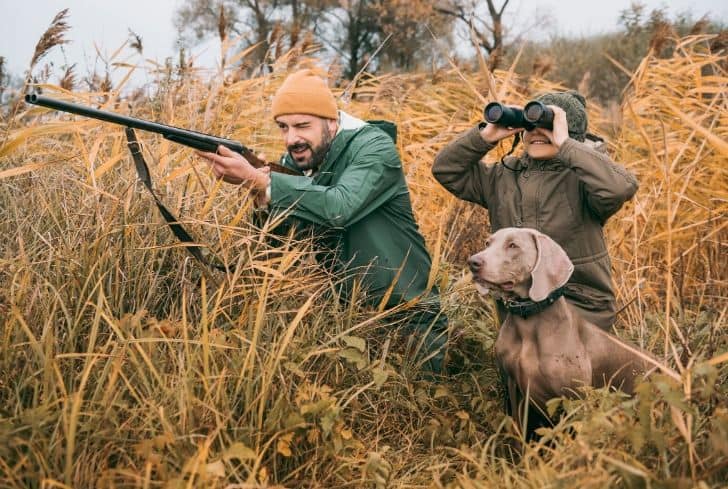 Poaching is the illegal hunting, capturing, and often killing of wild animals. It has been done for a number of reasons, including claiming the land for human use, but recently, the illegal act is being done for other ridiculous motives, especially the desire for rare animal products such as ivory, fur, organs, skin, bones, or teeth.

For instance, the rhino has been hunted because some believe its horn has medicinal value. It is so serious that today, the rhino is critically endangered with the Black Rhino’s population decreasing by 97.6% since 1960. Other animals, such as the tiger are killed for their organs, pelts, and bones for medical and aesthetic reasons.

A number of times I have heard trophy hunters — not subsistence hunters — say that more wolves should be killed in order to help ensure that there will be adequate opportunities to hunt deer. I simply have no words…

The surprising truth is that these animal parts, which have made the animals prime target for poachers have no proven medicinal purposes. Poaching, however, is not only about the killing of endangered or protected animals but any unlawful killing of an animal.

Other activities such as killing a wild or protected animal without a license, in a prohibited manner, while trespassing, or exceeding one’s bag limit is as well considered poaching. This article looks at the causes and effects of poaching, and some of the extraordinary ways to stop poaching.

Poaching in recent times has increased due to the existence of wildlife protection regulations that can be circumvented. Some government officials have also taken a back seat in tightening poaching rules as they directly benefit from it.

For example, some top officials working in the law enforcement agencies and governments, are susceptible to corruption and bribery and are direct beneficiaries of the proceeds from poaching. With the protection of such officials, poachers easily invade the wild and hunt the animals without being tracked.

The illegal wildlife market is a multibillion-dollar industry, and for this reason, there are cartels and top government as well as wildlife regulation officials that benefit from the illegal trade.

A report published by Science Magazine on 4th October 2019 claimed that more than 5500 species of mammals, birds, reptiles, and amphibians are sold and bought in the planet’s animal markets.

As previously discussed, some officials in charge are also reluctant to implement wildlife protection policies due to the huge monetary proceeds they get from it or sometimes circumvent the policies in the name of a legal pet or animal market.

But as they do this, more and more animal species become threatened or endangered. Examples are the reptiles and amphibians that are sold to zoos or as exotic pets.

Increasing demand for ivory-like casque of the helmeted hornbill and pangolins for their meat and scales are other examples of the extent of the wildlife trade markets. African pangolins, for instance, are now the targets by poachers as the Asian ones become harder to find.

Some animals have been hunted for religious purposes and religious ceremonial objects like the hooves, tails, skin, feathers, teeth, heads, far, horns, ivory, and so on. Some Tibetan monks, for instance, have been known to hunt rare creatures for their religious obligations.

Some animals, like the rhino, are also hunted because it is believed its horn has medicinal values. Turtles, orangutans, snakes, seahorses, and pangolins are equally part of Chinese traditional medicine, believed to cure a myriad of diseases including cancer.

The scales of pangolins and turtle blood, as an example, are ground into a powder and used for their claimed healing powers. Buffalo horns, fresh snake blood, and tiger male parts are believed to have aphrodisiac and virility potency.

4. Food and exotic dishes for the elite

Some wild animals like the Zebras, Lions, Hippos, Elephants, Gazelles, Snakes, and Giraffe are killed for their meat, traditionally referred to as “bush meat.” The meat of these animals including apes and snakes are a delicacy in certain parts of Africa.

In Asia, exotic wildlife dishes are made from snakes, turtles, pangolins, bats, whales, and orangutans and sold to the elite in exclusive restaurants.

Some wildlife animals are prey to criminal networks linked to human trafficking, money laundering, and drug cartels. The criminal network is large enough to have the animal killed in sub-Saharan Africa and its parts used in Asia.

Some animals are also captured alive so that they can be kept by the criminal gangs to show might and power, while others sold as pets. The rhino, for instance, has no known natural predator, except humans.

Humans hunt and kill the animal for its horns, which are in high demand in Asia. They are used for ornamental carvings and traditional medicine.

The total human population grows larger by the day, forcing people to invade land set out for wild animals. In the process, the animals are killed so that people can grow their cities, develop roads, settle, or practice agriculture.

The destruction of animal habitats causes more animals to starve and are killed when they invade agricultural land or attack livestock.

Logging also creates roads and pathways into the interior of the wild, thereby giving poachers routes to use in accessing the deeper areas of the forests that host a variety of wildlife animals.

1. It leads to extinction

Poaching is the primary reason some animals are today considered extinct while others categorized as endangered species. The African elephant, for instance, has been hunted in large numbers and over 100,000 were killed between 2014 and 2017 for their ivory.

More than a thousand rhinos have also been slaughtered each year, for their horns. As of March 2020, for example, the Northern white rhino were the only two white rhinos left in the entire world. They are held in captivity under 24-hour surveillance at the Ol Pejeta Conservancy in Kenya.

Tigers are also at the brink of extinction due to illegal poaching. African pangolins are equally now the targets by poachers as the Asian ones become harder to find.

Most animals need space to roam, swing from branches, and fly. When they are captured, such privileges are taken and the animals tend not to survive in cages, suitcases, sacks or boxes.

If they do survive, they suffer in their new and unnatural living situations. When humans encroach their land, the animals tend to also live in constrained habitats, making it difficult for the animals to survive.

3. It leads to more human deaths

Poaching has in tragic ways lead to the death of so many people. In certain parks where security is beefed up, poachers kill the rangers and officers, so that they can get access to the wild animals.

According to the National Geographic, more than 600 rangers assigned to protect wildlife in Africa were killed by poachers between 2009 and 2016. In the DRC, for instance, at the Virunga National Park, more than 170 rangers have been killed in the same period.

Poaching and the subsequent trafficking of ivory occur alongside other crimes such as money laundering, human trafficking, and corruption, not forgetting the murder of park rangers. In Africa, for instance, poaching has been linked to an armed militia.

In recent times, poaching has as well been linked to the spread of viral and deadly diseases from wildlife animals to humans, threatening the survival of humanity. Examples include the SARS, Ebola, and the Covid-19 pandemic of 2019-2020 that have caused thousands of deaths.

5. An imbalance in the ecosystem

For the ecosystem to thrive, there has to be predators and prey. Mostly, keystone species such as top predators prey on the population to prevent it from exploding and preserve the overall diversity.

Many wildlife animals, therefore, help maintain the food chain and food web balance in the wild meaning that if they are taken away, the ecosystem is disturbed and this could lead to the death of even more animals and plant species due to explosive growth of other species.

This is what may result due to poaching because it creates an imbalance in the wild ecosystem, especially when keystone species are the most targeted. For instance, if there are no gazelles, the grass will grow very tall, but the lions and cheetahs will go hungry and die.

If the lions and tigers are taken away, the gazelles will eat all the grass and the outcome could be desertification.

Tourists visit some countries for their variety of wild animals. If they go extinct or reduce in number, there would be no more tourism and as such, the economies that depend on tourism will begin to crumble.

Poaching is primarily stopped or fought by law enforcement agencies. However, the public needs to be educated on the importance of the wild animals they have and why poaching is bad for their economies.

In doing so, they will take action against poaching and report any incidences of poaching, they will also stay away from wild animal land. Additionally, in educating the public, the myths about the medical, aphrodisiac, and religious uses of animal parts will be dispelled.

To protect the animals, more wildlife rangers and scouts need to be recruited. It is a source of income for the employees, and they will help protect endangered animals.

The legal systems are already in place and they outlaw the practices. However, poaching still continues, meaning the law needs to be toughened. More needs to be done in that front, to curb the demand and trade of animal parts and the selling of wildlife as exotic pets.

Toughening the laws also means that harsher penalties will be dished out to poachers and for other wildlife-related crimes, protecting more animals.

4. Give the animals a sanctuary

Some animals are on the verge of extinction and can only be protected at sanctuaries. The same should be done to more animals, and their populations will go higher.

More needs to be done to outline where wildlife land starts and ends. In doing so, humans will not encroach into such land for construction, settlement, or agricultural land. Those found inside such lands should be treated as poachers, regardless of their reasons when entering, and face the fullest extent of the law.

5. Put more trackers and sensors in the wild

Harmless and undetectable trackers need to be used in wildlife tracking, to enable those at the control rooms to have accurate data on the number of the animals, their location, and any threat that might be upon them.

It is an easy way of managing poaching, logging, and other illegal wildlife activities without having to rangers stay with the animals in the wild.

6. Outlaw the purchase and sale of animal parts and products

Outlawing the buying and selling of wildlife animal parts, especially in animal markets can significantly reduce poaching. If the animal parts are outlawed, few people would go for them and a majority of those in the business will equally shut down. Ultimately, it will reduce the number of animals being killed for their parts.

‘11 Facts About Poaching Animals’. (n.d.) Do Something. Retrieved from https://www.dosomething.org/us/facts/11-facts-about-poaching-animals