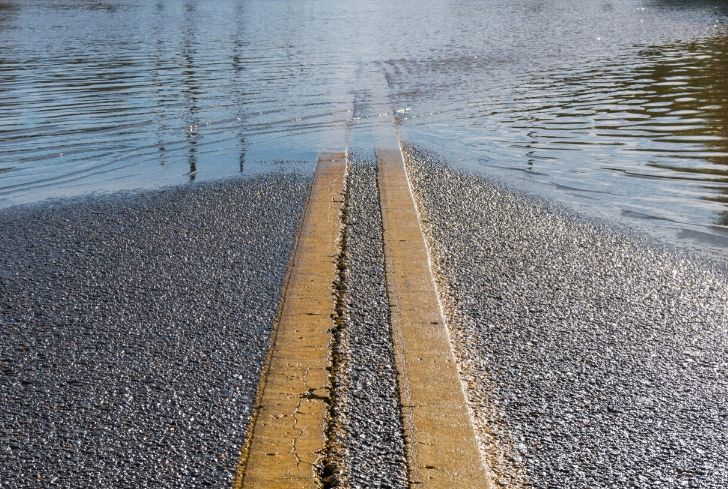 Naturally, the soil ought to absorb the water on the surface and regain its natural state. However, sometimes, the soil is either unable to do that, or human activity makes it difficult for groundwater to go anywhere. It leads to a condition referred to as waterlogging, where the land is soaked up and water just rises up.

For instance, during periods of heavy rainfall or extreme weather conditions, the soil might become waterlogged and fail to dry up. If people reside within the area, they might be forced to evacuate the place while their crops sink under the water or dry out. Here are more details on waterlogging.

Waterlogging is simply the saturation of soil with water, either temporarily or permanently. When there is too much water in an area, the soil is unable to absorb the water as it should ordinarily.

It can also happen when the water table rises to the extent that the soil pores in the crop root zone. The result is a restriction in the normal supply of air in the soil, a decline in the levels of oxygen and an increase in the levels of carbon dioxide and ethylene.

Waterlogging constraints plant growth and production in the anaerobic conditions, leading to the death of certain crops and plants. Also, plant roots fail to respire as a result of the excess water in the soil profile, making them weak and either die or fall.

Unfortunately, as each plant is different, there is no universal level of soil oxygen that can identify waterlogged conditions for all plants. Additionally, a plant’s demand for oxygen in its root zone varies with the plant’s stage of growth.

In 2001, about 2.04 million hectares of land in India was suffering from the problems of waterlogging under irrigation commands. The area represented about 4% of all irrigated area in the country, which makes it a very big area, considering India is the world’s seventh-largest country by land area.

About 1.4 million hectares of the 2.04 million affected by waterlogging, suffered from surface water stagnation while 0.64 million hectares had a general rise in the water table, meaning sometimes, the problem is natural, and at times, it is man-made. About 10% of the world’s irrigated lands suffer from waterlogging.

Waterlogging can be categorized into various types, based on certain factors.

First, we have causes, meaning the cause is either natural, like natural swamps, or human-induced, like through agriculture.

Secondly, we have permanence, where waterlogging can either be temporary, lasting between a few days to several months or permanent, meaning it occurs throughout the year.

Thirdly, we look at the source of water, meaning the water could either be rainfed, coming from excess rainfall, or from irrigation sources, being the excess water from agricultural plantations.

Finally, we look at the location of the waterlogging, which could either be on agricultural land, including cultivated lands or on other utility lands, like urban areas.

It is a type of waterlogging which occurs during the rainy seasons, where floods come to nearby lands from the river because it carries excess water. The water is waterlogged in the land and leads to the death of a number of plants or crops.

As the name suggests and borrowing from the aforementioned type, oceanic flood waterlogging is characterized by oceanic waters spreading onto nearby lands and causing waterlogging.

This particularly can happen when there are extreme weathers affecting the oceans, such as hurricanes and tsunamis.

Sometimes during the rainy seasons, runoff water might accumulate into the lowlands and depressions, leading to waterlogging.

This happens when deep water or swamps get rainwater and the runoff and seepage water spreads onto neighboring lands, causing perennial waterlogging.

It is another type of waterlogging which occurs when water tables rise up high, especially during the rainy seasons, causing waterlogging.

The topography, slope, shape and drainage patterns of a place could cause waterlogging. In other words, physiography determines the speed of surface runoff and the time it takes for the soil to drain surface water.

For instance, low-lying areas such as valleys, depressions and flat lowlands experience more waterlogging naturally since surface flows concentrate on the lowlands, resulting in natural swamps and other waterlogged lands.

In such areas, water cannot easily move under the influence of gravity, making it accumulate over time.

Weather is another natural cause of waterlogging, meaning that areas facing constant or prolonged rainfall, will tend to become waterlogged, either temporarily or permanently. Heavy and consistent rains make the water table rise, resulting in waterlogging.

An impervious stratum below the topsoil, obstructs the infiltration of rainfall, causing a false water table or perched water table. Areas with shallow soils, a hardpan close to the surface, and those with high water tables are also likely to become waterlogged, especially if they are subjected to heavy rainfall.

Interflows and seepage from nearby water bodies like lakes, shallow aquifers, canals, and rivers could cause waterlogging. Furthermore, subsoil flows from upper regions to lower areas could also result in waterlogging.

This is a man-made cause of waterlogging and if irrigation is not well planned, drainage problems could further worsen the problem. Irrigation adds extra water to the soil profile, over and above the naturally-occurring rainfall.

Irrigation could result in waterlogging if there is overirrigation, inadequate drainage, poor irrigation management, obstruction of natural drainages, seepages from canals as the case in Pakistan, and if the parches are landlocked without outlets.

Waterlogging causes the air within the soil to move out into the atmosphere, replacing it with more water.

Poor aeration also facilitates the growth of toxins and other injurious substances. Such saturated soil also reduces microbiological activity which is vital for the formation of plant food.

2. It Alters the pH of the Soil

In the flooded soils, the pH changes and becomes more acidic. The soil, therefore, decreases in its alkalinity and makes the growth of plants more difficult. The increasingly acidic soil cannot support plant life.

Waterlogging lowers the temperature of the soil. Low temperatures of the moist soil, affect the microorganisms and their activities, subsequently lowering the rate of nitrogen-fixation

Nitrogen is vital to the soil and waterlogged soils suffer from nitrogen deficiency. The climate created by waterlogging affects not only the nitrogen nutrients but also other minerals such as sulphur, zinc, iron, manganese, phosphorous and potassium.

Some of the minerals are available in excess causing the toxicity levels in plants to go up, while in others, the minerals cannot survive, and subsequently the plants.

There is difficulty in cultivating in waterlogged soils. All crops fail to survive because of the underlying conditions and as such, crops are adversely affected. Only rice can survive in such an environment.

Waterlogging creates an atmosphere which brings toxic salts to the crop root-zone. The accumulating salts also turn the soil more alkaline and hamper the growth of crops.

7. The Growth of Water-loving Wild Plants

Waterlogging causes wild plants which thrive in waterlogged environments to grow. These weeds effectively kill useful crops and getting rid of them is an extra investment, especially in extreme waterlogged conditions.

8. The Loss of Cash Crops

Most cash crops cannot survive or be cultivated in waterlogged soils. It, therefore, makes farmers starve and lose out on the cash they would otherwise get from selling their crops. It also forces them to switch to rice, assuming it can grow in such areas.

Waterlogging has an effect on the environment by the fact that it harbors disease vectors like mosquitoes, slugs, and snails. They, in turn, bring illnesses like malaria, bilharzia, typhoid, and others, which affect the human population, animals, and plants, effectively affecting the environment.

1. Control the Loss of Water

Artificial open and underground drainage grids can be introduced. The same can also be achieved by improving the flow conditions of existing natural drainages.

3. Disposing of the Rainwater

Rainwater should be quickly removed from the soil’s surface, thereby preventing a rise in the level of the water table and subsequent waterlogging.

4. Preventing the Loss of Water

The loss of percolation can be eliminated by using water more economically. It can also be achieved by keeping the intensity of irrigation low.

Only a small portion of the irrigable land becomes flooded and the only loss in percolation happens in the limited area. This also keeps the water table sufficiently low.

Alkaline water used in irrigation affects the soil and makes it more susceptible to waterlogging in the future. For this reason, alkaline water should not be used for irrigation purposes.

The mineral Alkali salts can accumulate on top of the soil – creating a crust on the surface that prevents the surface water to drain as required.

If you are working on a small garden which is becoming waterlogged, you might consider raising it and growing your plants on raised beds.

You can also slightly slant the bed so that the excess water goes down the bed. It is a tiresome affair, but it keeps your plant roots from sitting in the water.

Draining the water means both the surface and sub-surface waters. It removes the water in a controlled manner and in a quick manner.

Before and when draining the water, be sure not to adversely affect the environment or neighboring lands which might also be affected by the waterlogging.

It is not a preventative measure but a treatment measure that can help a plant grow even in waterlogged soil. Mulching involves the addition of either organic or inorganic materials that are spread on top of the soil.

The mulch covers the affected land by covering the soil and helping reduce evaporation losses. Crops can continue to grow even in the waterlogged area, while at the time, working with the aforementioned preventative measures to fix the problem.