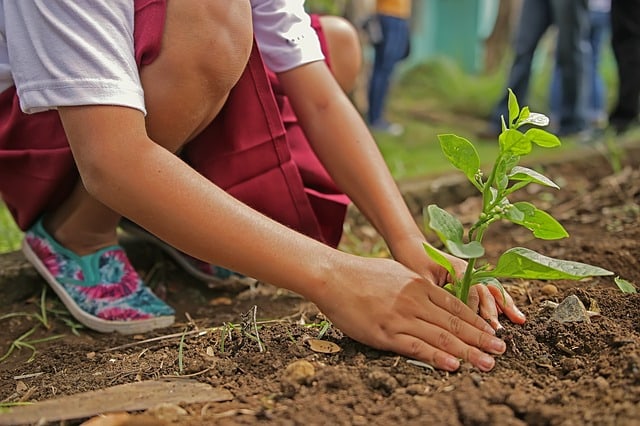 Afforestation has been repeatedly praised as one of the effective ways of tackling global warming. The term ‘Afforestation’ refers to the process of planting trees or sowing seeds in an area or land that does not have trees to create a forest. The significance of afforestation is that it aids in creating an alternative source pool of natural resources and above all, reducing the strain it exerts on the existing natural rainforests and wetland areas.

Therefore, afforestation is the process of creating a new forest. But then again, it is sometimes possible for people to confuse afforestation with reforestation.

“Afforestation is the establishment of a forest or stand of trees (forestation) in an area where there was no previous tree cover.”

In this era where the world continues to experience forest disappearance (deforestation) and forest destruction at an alarming rate, it is not often clear whether to envisage an afforestation or reforestation campaign to address the issue. Knowing the difference is essential and as such, this article looks at some of the leading causes of afforestation?

1. Afforestation is highly fundamental in creating an alternative source pool of natural resource

In the modern first paced world, the Earth is being pushed to the limit by the way humans are using natural resources. Humans have been cutting trees and clearing forests to create space for settlement, agriculture, and development projects; and to obtain crucial forest resources such as timber.

Furthermore, the world has witnessed an industrial revolution, and population bursts creating permanent damage to the earth resulting in climate change and global warming.

Although efforts are being put in place to conserve and preserve forests, the high-demand for forest products makes it difficult to completely safeguard forests.

Afforestation, therefore, comes to the aid of the planet as it promises to solve both challenges of protecting forests and providing humans with forest products. Besides, afforestation helps to extend the life of the planet and that of its living organisms by increasing natural resources, significantly reducing the need to exploit virgin forest resources.

By planting trees and creating new forests, afforestation helps fulfill the commercial needs of human needs without destroying what is left of the planet.

Many nations have endorsed and implemented the practice of afforestation – the conversion of barren and cultivated land into forests, and the planting of trees together with agricultural crops (agroforestry) to reduce the impacts of global warming and to curb climate change.

The environmental benefits of planting trees are primarily owed to their role of keeping in check atmospheric carbon dioxide, which is a huge contributing factor to the rising global temperatures and climate change that has catastrophic consequences such as extreme hurricanes, flooding, desertification, and drought.

Large scale afforestation can hence aid to address the problems associated with the burning of fossil fuels and industrialization as they are natural carbon sinks and global temperature regulators.

The ever and ever-increasing demand for wood fuel, gas, timber, building materials, and many other consumer products are exerting more and more pressure on the earth’s natural resources, living organisms, and natural cycles responsible for maintaining a balance on earth.

Natural resources such as the water systems, fertile soil, clean air, vegetation cover, wildlife, indigenous plant species, and natural cycles such as the oxygen and nitrogen cycles, and food chains need trees for their continuity and balance.

But because of deforestation and the harvesting of trees, the world continues to witness the degradation of forest areas and even cases of desertification and deterioration of natural forest covers.

Part of the efforts to address the matter has been reforestation but it is not enough owing to the ever-increasing demands of forest and tree products as the human population increases.

As an alternative, afforestation has been proved to be a valid and highly instrumental option and that it can fill the gap of the resource needs.

Afforestation also goes further to hold the soil and increases the number of trees on earth thereby ensuring sensitive areas such as riverside zones, wetlands, fertile soils, and water catchment areas are protected. When this is achieved, plant and animal diversity also remains protected.

Traditionally, wildlife used to roam all over the land but with the advent of industrialization, urban human settlements, and agricultural activities, wildlife has been pushed to parks and reserved areas only. This has considerably limited their hunting, breeding, feeding, sleeping, and general survival habits.

Creating new forests can allow wildlife to thrive in new areas. The wild animals that have been pushed by human activities from their traditional habitats can relocate to these new forests and continue to thrive.

5. Afforestation creates employment and can provide a source of livelihood

In the modern world, nations, states, and local administrations including municipalities are taking initiatives to plant trees as afforestation awareness continues to spread.

As governments struggle to create new jobs, afforestation qualifies as an attractive option because it can employ people to plant, manage, and irrigate the trees.

Local communities can also benefit from afforestation as they can process products sourced from ‘new’ forests and sell them thereby getting some income from it. Afforestation can also promote the advancement of cottage industries in the local areas where tree planting projects are implemented.

Various Differences Between Afforestation and Deforestation

Deforestation is the act of degraded existing forests by logging or clearing them to create room for alternative purposes such as agriculture or human settlement just to mention a few.

It termed as a degenerative act because, a tree, especially the indigenous trees, takes years to mature but can be cut down in just a few hours. A good case of forest degradation is where farmers clear forests to undertake farming activities like palm oil cultivation.

Deforestation negatively affects the environment by causing climate change and global warming while afforestation makes the Earth a better place by reducing carbon dioxide in the atmosphere.

The various differences between afforestation and deforestation

The table below gives a detailed difference between afforestation and deforestation.

With the oceans recording the highest temperatures ever and glaciers in the poles melting, there is a need to put every effort into reversing the harm humans have caused to the environment. The human population globally should avoid activities that harm the environment like the cutting down of trees while industries should minimize greenhouse gas emissions.

Therefore, as much as there is the need to stop causing more harm to the environment, people should also adopt solutions that can help reverse the effects. Afforestation and reforestation are some of the best ways the entire globe, as well as local communities, can adopt to reverse the destructive effects of climate change and global warming.