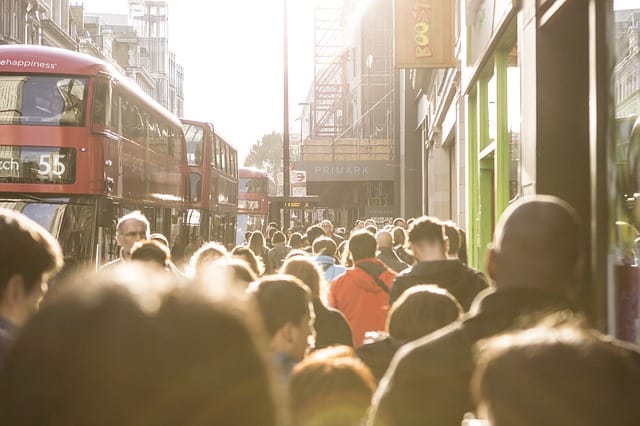 The earth has a specific carrying capacity that once exceeded, can lead to fewer resources for the globe’s population. If this happens, it equates to overpopulation. Each environment has a limited number of resources that need to be managed carefully for humanity to live comfortably on this earth. However, man has stretched the limit of the environment such that most of the resources are being depleted and overused.

Fact 1. Currently, there are over 7.6 billion people in the world. The steady rate of growth of the population has brought about this huge figure. Asia and Africa constitute the greater share of the world’s overpopulation statistics.

Fact 2. It takes a approximate dozen years for an increase in population by a billion. It has taken 12 years for the population in the world to grow from 6 billion to 7 billion, between 1999 and 2011. This increase is mostly attributed to the developing countries where the growth rate is higher.

Fact 3. The rate of population growth has slowed down. Yes there is overpopulation and it is true that it is increasing. Nonetheless, it is growing at a slower rate than it was about 10 years ago, which is 1.24% then compared to 1.18% now.

Fact 4. Over 108 billion people have lived on earth. This is a revelation that is astonishing since the 7.6 billion currently on earth represents just about 7%. This means that of the 108 billion people ever on earth, only 7% are presently alive.

Fact 5. There are over 230 million immigrants globally. Most move from LDCs to more developed countries. Over time, the trend has shifted and now, some of the immigrants migrant to other LDCs.

Fact 6. There are around 80 million births in the world every year. This is the estimated average number of births recorded per year. This means that there is an addition of at least 80 million people as New Year begins.

Fact 7. In 1985, the demand for resources exceeded its supply. The distribution of the available resources was quite equitable before 1985, where there was equilibrium between the demand and the supply of resources. Nevertheless, the emergence of overpopulation led to disequilibrium where the resources could not cater for the whole population.

Fact 8. Approximately 34% of the population was probably unwanted or accidental. This is universal. It is caused by cases of unwanted pregnancies by young girls as well as poor family planning methods. Absconding of children is also a factor.

Fact 10. There are 3000 births every 20 minutes and a subsequent loss of 27000 species of plant and animal life. The growth in population translates to exploitation of the flora and fauna in the people’s lifetime.

Fact 11. It only took 40 years for the population to double from 3 billion in 1960 to 6 billion in 2000. This is super rapid growth compared to the beginning of the 19th century which had a population of 1 billion and took a whole century to be at 2 billion.

Fact 12. China and India have a combined population of 2.7 billion. These are the most populous countries in the world with over 35% of the world’s population.

Fact 13. Facebook would come third as the most populous country. The number of people logging in to the social network every month translates to a staggering 1.39 billion, coming third after China and India respectively.

Fact 15. Overconsumption is a greater issue than overpopulation. Despite overpopulation being a pressing global issue, overconsumption has been undermined. It is now being realized that 20% of the extremely rich consume 85% while 20% of those under the poverty line consume 1.3%. The water consumption for both extremes is at 85% and 15% respectively.

Fact 17. 80% of refugees are women, girls and young children. The globe boasts of 42 million refugees. The above group is the most likely to be affected by intimidation and inhumane incidences like rape.

Fact 18. Over 3 billion people live on less than 2 dollars a day. The consumption levels are minimal due to lack of finances for sustenance. The situation is made even worse by the fact that for every 1 rich individual, there are about 100 poor people.

Fact 19. About 1.8 billion people are between 10 and 24. The reason for this is because there is a higher birthrate. Consequently, there is a large young population.

Fact 20. About 50% of the world population lives in urban centers. The rise in rural-urban migration in search for jobs and better living conditions has greatly influenced this phenomenon. At the beginning of the 19th century, those living in urban centers were only a meager 3%. It is estimated that the percentage will grow to 70% by 2050.

Fact 21. There are more males than females in the world. The population of males makes 50.4% of the population while females complete the remaining 49.6%.

Fact 22. Over 700 million girls are married before the age of 18. This has caused the rate of births to be on the increase as well as the number of school dropouts.

Fact 23. Majority of the population in LDCs are children and adolescents. In most of the third world nations, those who are 19 and below form a whooping majority attributed to a high birth rate and a low life expectancy.

Fact 24. There are more than 400 cities globally with a population of more than a million. This is a very significant growth since previously only 12 big cities in the world had such a population. Now, these 12 have grown to 19 and have a population of over 10 million each.

Fact 25. There are about 44 countries that have fertility rates lower than the replacement level. This means that for these countries, as other countries increase in population, they will face a decline in their population. In addition, most of these countries are developed countries.

Fact 26. There are 2.5 people born every second. Every second that passes, there are 4.3 births and 1.8 deaths which lead to the plus in population.

Fact 27. Close to 230 million infants below the age of 5 have never been officially registered. This is a third of the current infant population below this age. The number is higher in areas where there is less literacy levels like Sub-Saharan Africa and the South East Asia.

Fact 28. Overpopulation has been realized due to a decrease in death rates rather than birthrates. There have been advancements in the fields of medicine, technology, education and nutrition which have contributed to lower deaths.

Fact 29. Over 750 million people do not have access to safe drinking water. This has contributed greatly to poor sanitation and spread of diseases especially in third world countries.

Fact 30. The median age of the global world is 30 years. This means that half of the population is below 30 and that the remaining half is over 30.

Fact 31. Asia has 60% of the world population. This is posited by the fact that three of the world’s most populous countries come from Asia. These include China (1.38 billion), India (1.32 billion) and Indonesia (260 million).

Fact 32. The population of the world in 10 000 B.C was 5 million. Compared to the current figure of over 7 billion, there has been a rapid growth.

Fact 33. Teaching jobs will be the most viable jobs in the future. This is because there will be an increase of population of over 100 million births who will need to attend school and be taught. Moreover, by the time they are of age to go to school, there will another set of millions born.

Fact 34. To protect the environment, families may be forced to reduce their numbers. This is already happening in some countries where the average number of children per family is 2. This is an initiative with an aim of ensuring that there are enough resources left for survival in the environment.

Fact 35. The population of Nigeria is expected to surpass that of USA by 2050. This is owed to the fact that Nigeria has the largest growing rate and is among the top 10 most populous countries globally.