What is Environmental Activism?

Environmental activism refers to the coming together of various groups of individuals and organizations that work in collaboration in social, scientific, political, and conservational fields with the main purpose of addressing environmental concerns. These people and organizations are collectively part of the green movement, green living, or environmental sustainability and do have a common agenda on protecting and preserving the environment.

The most significant ideology these people share in terms of ideas is coming up with solutions to environmental problems. Therefore, environmental activism can be divided into three parts based on its definition that is segmentary, polycentric, and networked. Segmentary means that the organization has a diverse group that comes together with a common interest. Polycentric means that the groups have multiple and often temporary centers of influence.

The environment is where we all meet; where we all have a mutual interest; it is the one thing all of us share

Lastly, it is referred to as networked because it has a loose, integrated, and reticulate network that has multiple linkages formed through overlapping membership. Among the main focus of environmental activism in the 21st century are nuclear power, acid rain, toxic waste, and road building. The article seeks to address the importance, types, and various examples of environmental activism.

Environmental activism has caused an increase in environmental awareness among people. For instance, more people are aware of the effects of human activities on the environment.

It has also led many developers to carry out their development plans in mind that they will be faced with legal challenges in case they cause any environmental pollution.

See also  What is Permaculture and What are its Design Principles?

Environmental activism champions for the education of the population on the devastating effects of environmental degradation. They are also taught ways in which they can conserve the environment. For instance, the Occupational Safety and Health Administration (OSHA) advocates for employees to be educated on the importance of conserving the environment.

Through environmental activism, manufacturing facilities are forced to follow guidelines that are stipulated by Environmental Protection Agency (EPA) on issues concerning reducing emissions, limiting carbon footprint, reducing wastage, enhancing energy efficiency, recycling of waste instead of using virgin materials, and employing eco-friendly innovative technologies just to mention a few. All these are aimed towards green manufacturing as well as lean manufacturing.

6. Protection of communities from the devastating impacts of pollution

The businesses and companies that are in close proximity to certain community settlement areas have the mandate to inform the people on the substances or harmful materials that are emitted near them.

This is in regards to the Comprehensive Environmental Response Compensation, and Liability Act (CERCLA) that was enacted as a result of environmental activism.

7. Push towards the use of alternative forms of Energy to curtail the buildup of greenhouse gases

The activists take part in major worldwide discussions such as the Stockholm Conference and the United Nations Conference on Environment and Development.

The main aim is to find alternative energy forms and also solve conflicts between environmental protection and technological developments aimed at improving the world’s economy while addressing climate change with regards to greenhouse gas emissions.

Some activists have influenced the creation of innovative conservation programs such as that of the National parks and advocating for eco-tourism, which are great ways of conserving the environment.

They advocate for re-use and the recycling of non-biodegradable products such as plastics, obsolete electrical equipment, and many others. 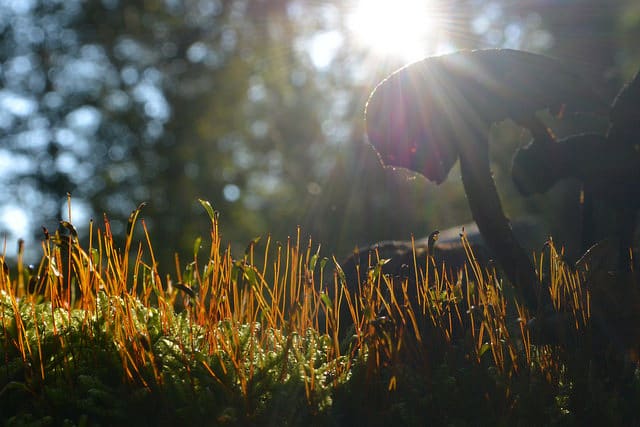 Types of Environmental Activism and Examples

The various types of environmental activism are categorized into solution driven activism, change-focused activism, and revolutionary activism. The activists may aim to conserve the environment or even oppose other activist groups.

Environmentalism is a movement whose main aims are the protection and improvement of the environment. The focus is on changing human activities through the use of social-political and economic organizations.

The activists supporting this idea believe that when social, economic, and political policies are enacted, the natural environment should be considered. Activists in the 1960s and ’70s believed in the apocalyptic environmentalism.

They were pessimistic in nature and were convinced that the earth’s chances of the survivor in the future were bleak. However, in the 1970s activists adapted the emancipatory environmentalism that suggests advocating for strategies that would limit the degradation of the environment.

For instance, human welfare ecology aims at creating a clean and safe environment for human life. As early as 1980, organizations such as the Green peace and World Life Fund had adapted the environmentalism and started to establish offices all over the world. They organized campaigns all over the world and the offices served as their reporting headquarters.

These environmental movements have had an impact on international politics and influenced some policies to favor environmental conservation. As a result, the United Nations Conference on the Human Environment has included some aspects of environmentalism in their agreements to protect endangered animals and in the conservation of the hazardous waste.

The political action and stance taken by individual activists will lead to a change in laws and regulations that are directly related to climate change. The individual or group championing for this change come up with solutions aimed at a reduction in GHG emissions.

The solutions put forward are the carbon tax or carbon pricing. Activist groups in the U.S such as the Bipartisan Legislative Climate Solutions Caucus have come forward in support of the proposed solutions to GHG emissions problem.

Other groups are the Citizens Climate Lobby. In addition, 50 NGOs formed a coalition in 2005 called the Stop Climate Chaos. It was launched in Britain and its main objectives were to tackle the issue of climate change.

This is a type of environmental activism whose main aim is the protection of natural resources, plants, and animals. The movement encourages the use of natural resources in a sustainable manner, conservation of biodiversity, and wilderness preservation.

For instance, a group of activists has strongly protested the construction of the Reventazon Dam in Costa Rica. Several conditions were not met endangering the survival of Jaguars in the region. Other animals affected include more than 250 different species of birds and more than 80 species of reptiles, mammals, and amphibians.

It is defined as social movements whose main focus is on a fair and equal distribution of benefits and burdens in the environment. The activists advocate for social justice to seek to resolve the environmental discrimination issue.

Most waste management sites are located in areas occupied by the minority group. The activists believe this to be a form of environmental discrimination and a violation of the Civil Rights Act of 1964.

Environmental Justice Movements have sprung up across the world with the aim of ensuring that environmental equity becomes a right. The activists in this movement have based the fight in regions where discrimination levels are relatively high.

In New York, for instance, activists such as Majora Carter played a major role in coming up with a project called South Bronx Greenway that would allow the public to have access to open space.

The idea here is that the growth in the economy will only have benefits if it aims at environmentalism. The idea was started by group scholars in 1980. The activists supporting this idea believe that the economy and ecology can be combined through Environmental productivity.

Environmental productivity is based on the philosophy that the use of a natural resource in a productive manner can lead to economic growth in the future. For instance, conservation of the environment could lead to an increase in energy efficiency and, therefore, the industries would be able to use clean technologies as a substitution to hazardous products.

Formed by a group of people who use basic rights such as freedom of speech and freedom of expression to advocate for change; the group has no political affiliations or motives and act independently in their campaigns.

The activists who exercise this kind of activisms believe strongly that a change can occur only through people taking action. For instance, there were campaigns organized by Greenpeace to oppose the nuclear weapon tests that were being done in France.

This group of environmental activists focuses on fighting against eco-terrorism. Activists sometimes commit crimes or cause violence that harms persons, destroys property, or even the environment in general. In early 2000, for instance, the Federal Bureau of Investigation associated eco-terrorism to the destruction of property worth $200 million.

It involves organizing the locals to oppose or propose policies that aim to protect their environment. In North Carolina, local activism is common. One case is the organization formed by the community living near the Blue Ridge Mountains. Their main aim is to protect the forest cover found in the region.