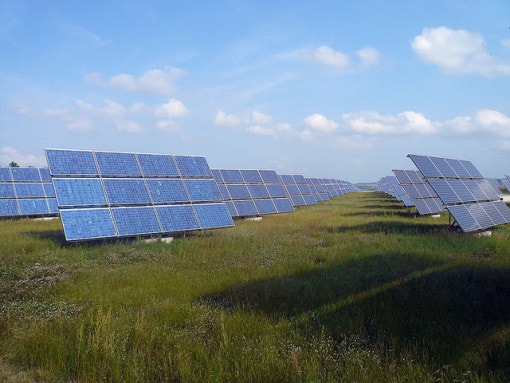 The environmental impacts and societal benefits of deploying renewable energy technologies at utility scale must be considered alongside the concomitant costs and alternatives in order to properly evaluate the social return on investment of each technology.

Benefits of evaluating the environmental impacts of a technology before large-scale deployment cannot be stressed enough. The United States wind industry has learned difficult lessons from its deployment of wind turbines at the Altamont pass in California, where windmills have been found to kill at least one bird per year per turbine (Ritter 2005). Had there been a proper environmental impact study of the area, 4000 turbines would not have been sited in an important bird migration route, and the wind industry would not have received negative press surrounding the harmful environmental impacts of a prominent green technology. Mitigation efforts for new wind projects such as using radar to detect flocks of birds and the turbines blades are now underway (Iberdrola 2009), but this type of technology could have been used from the inception of wind deployment

An assessment of The Environmental Impacts of Solar Power

To accurately portray the environmental impact of any technology, all impacts from inception to retirement must be taken into account. Nowadays, it is widely accepted that the active Solar Energy Systems i.e. Photovoltaics, solar thermal and solar power, provides significant environmental benefits in comparison to the conventional energy sources contributing to the sustainability of the human activities. To cope with their potential environmental implications, and EIA is applied using the Life Cycle Assessment (LCA) method.

See also  Do Solar Panels Make Noise? (And at Night?)

This provides more benefits as compared to the conventional energy sources, contributing to the sustainable development. The use of SETs has positive environmental and social economic implications.

How Does it Reduce Carbon Dioxide Emissions

Solar panels are designed in such a way that they maximize on electricity generation and minimize environmental impacts. In order to achieve maximum electricity generation and less carbon dioxide emissions, the solar energy potential for a specific site is determined by calculating the scale of the solar resource and the likely efficiency of the solar panels used to convert sunlight into electricity. Solar resource is sunlight that enters the earth’s atmosphere and reaches the ground directly rather than being reflected, absorbed and scattered.

SETs have the capability of using local energy resources to gain access to water supplies that would otherwise be unavailable and then ensure that this water is safe for human consumption. Most water is located underground in deep aquifers, in surface lakes, rivers, and streams or in the ocean. Technologies exist to make use of these water sources but in many cases, the absence of available, inexpensive energy makes their uses expensive, time-consuming, and potentially dangerous. The proper application of any number of energy options available today can make gaining access to this water a reality in many areas not previously considered.

Renewable energy projects like SETs can help to manage previously developed but currently vacant land. US Department of Energy coined the term Brightfield to describe brownfields reuse for either solar energy production or solar technology manufacturing (U.S. DOE 2005). Recycling land for solar energy projects is consistent with sustainable development principles. This is whether the energy is used onsite or sold to the grid.

Reduction of the National Dependency on Fuel Imports

If we take an example of Hawaii, it is blessed with major renewable energy electricity generation resources. The current 270MW capacity of Hawaiian Electricity Light Company, a subsidiary of the Oahu-based HECO, already includes up to nearly 80MW from Solar, 30MW from geothermal, 33 from the wind and 15MW from hydroelectricity. This has greatly reduced national dependency on fuel imports in Hawaii

Diversification and Security of Energy Supply

With renewable energy, governments are able to diversify power generation. Power can be gotten from bio, solar, hydro and many other renewable sources.

Much attention is given to America’s need to rebuild its economy and shift the nation’s energy to low-carbon, more secure supply. The renewable energy and energy efficiency sectors can provide quality, long-term jobs that remain in the United States and help communities transition away from fossil fuel intensive industries. (American Recovery and Reinvestment Act of 2009).

Support of the Energy Market Deregulations

As a consequence of strong consumer voice, deregulation has been a subtle process and there is ample evidence both from the prices charged and from interviews with companies, that they are very conscious of potential adverse publicity from consumer watchdogs or the general media to any changes which might be seen as disadvantaging vulnerable consumers.

Acceleration of the Rural Electrification in Developing Countries

The potential environmental burdens of SETs depends on the size and nature of the project and are frequently site specific. These burdens are usually associated with loss of amenity (e.g. visual impact or noise) and the impacts can be minimized by:

Solar energy is the best thing that ever happened in the renewable energy circle.