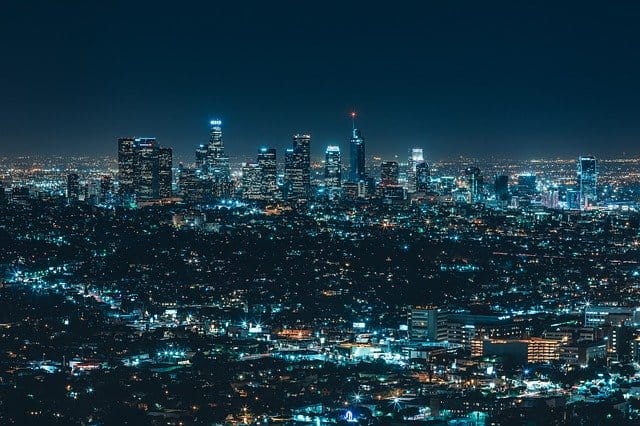 Urban growth refers to the rate at which the population, land area, or significant land-use increases. Also defined as the growth of metropolitan areas or cities, it is something that started way back between the 5000 and 6000 B.C., especially due to the movement of people from rural areas to urban areas – places with high human population, economic activities, and infrastructure. The 19th century, in particular, was a mark of actual urban growth.

And since 1800, the urban revolution has rapidly increased, reaching new levels in the history of the world today. Urban growth is also closely linked to urbanization or urbanism, a term used to refer to an increasing proportion of a population residing in urban areas such as cities, suburbs, towns, and contributions.

Human civilization has been changing the Earths environment for millennia, often to our detriment. Dams, deforestation and urbanization can alter water cycles and wind patterns, occasionally triggering droughts or even creating deserts

Urban growth is, therefore, utilized as an indicator for a country’s or an area’s economic condition as well as development. The growth of urban areas is often influenced by certain factors such as surplus resources, development of infrastructure, commercialization, education, and mining, among others.

1. The natural increase in population

The rate of death and births characterizes the natural expansion of an area. In areas where births are more than the deaths, the population is bound to increase. People who migrate to town and cities tend to be young people who are in search of housing, jobs, or better education.

Young men and women have a high fertility rate; therefore, they increase in numbers quickly and will eventually look for new spaces within the urban area to settle and fend for their kind.

Immigration is a major contributor to the increase in the population of a place. Many people are forced to move to urban areas in search of jobs, education, and housing. Inadequate funding and social infrastructure have also driven people to urban areas.

In other cases, political, racial, economic, or religious conflicts have forced people to move to neighbor urban areas.

The industrial revolution brought about new production techniques. By this, manufacturing has created more job opportunities by providing people with the opportunity to be employed in new sectors.

With modern farm machinery, employment in the rural areas reduced, forcing workers to move in search of new jobs in tertiary and manufacturing industries.

Also, in pursuit of increased wages, men and women continue to abandon jobs in rural areas by moving to industrial cities. Many people move to urban centers to look for well-paying industrial jobs as urban centers have uncountable opportunities.

Whereas industrialization has played an essential role in the growth of urban areas, commerce and trade have profoundly influenced the growth of cities. In ancient times, cities like Athens, Sparta, and Venice were great commercial centers.

In modern life today, the commercial activities in city and industrial areas continue to attract more and more people as traders and workers, thereby contributing to the growth of cities and town areas.

Businesspeople prefer going to the cities to sell their commodities and in search of higher profits. The kind of economic pull urban centers have is one that attracts more and more people to move to urban areas.

5. Advancement of transport and communication

When factories were introduced, the local transportation was weak, forcing the factory laborers to reside near their place of work. The cities were partitioned into dwelling areas, market area, factory area, slums, and so on.

Increased population led to congestion of housing and added to the already existing community by extension of boundaries.

Today, people prefer to live near their place work not because of poor transport but to shorten distance travel and avoid the traffic jam on their way work. Active transportation helps make the cities more habitable by easing communication, transportation, and creating convenient accessibility.

6. Availability of educational and recreational facilities

Clearly, due to the location of these facilities, most students and adult learners are attracted to the town for easy accessibility of higher education. Opera and Amusement Theaters are also in urban areas, drawing more people to the cities.

Urban planning typically forces city leaders to find ways of making a sustainable city, including proper town development and expansion plans. As a strategy aimed at converting vision into implementation, it acts as a guide for making the most out of a city by improving infrastructure and building its economic growth and enhancing the city’s living standards as well as the resident’s well-being.

With better living standards and infrastructures in the city, more people are attracted to live in the municipality, consequently increasing its population.

The topography of an area can have huge impacts on the growth of a city. An area with a suitable topography is usually easy to develop and expand. Urban areas in or around an excellent topographical area are easily extended and refined, thus drawing more people to such areas.

Occasionally, urban centers (cities) are more developed than rural areas because of the available facilities and opportunities offered in urban areas. On this account, the population and size of the metropolitan area will automatically increase within a given period.

10. Transformation and modernization in the way of living

Transformation and modernization play a very significant role in attracting people to the cities. As technology improves, together with highly sophisticated infrastructure, liberation, communication, dressing code, medical facilities, and other social services offered; people tend to believe they can live a more comfortable life in the cities.

In growing urban areas, people easily embrace changes in the styles of living, for instance, mode of dressing, attitude, habits, and views. As a result, more people are attracted to the cities, and the cities continue to grow day after day.

Societies continue being financially liberal due to the availability of jobs in urban areas. As a result, more investors are attracted to invest in such cities, promoting their growth.

The presence of administration dominance in an urban center promotes its growth. Many cities today hold offices for various administration and governance functions, which influence people to live in these areas for access to better governance and social amenities like security, sanitation, housing, education, and healthcare.

Differences Between Urban Growth and Urbanization

The difference between urban growth and urbanization can be categorized using three broad aspects, including:

Urban growth is characterized by population increase, while urbanization can be termed as the increasing proportion of a country’s population living in an urban area. Urbanization is expressed as a ratio or a percentage of the entire population, through the process of transforming rural areas into urban areas.

Urbanization, therefore, mainly involves rural-urban migration. Contrarily, urban growth involves the immigration of people. Urban growth happens when the increase in the number of people is not proportional to the number of urban dwellers in an area.

Urban growth, on the other hand, can take place without far-flung economic growth and it is not strictly influenced by extensive land area coverage.

Urban growth primarily happens when there is infrastructural development in terms of manufacturing, invention, housing, and new transport systems or routes that encourage the immigration of people into new urban spaces.

Urban sprawl increases car, bus and truck traffic by creating longer and more frequent commutes, which leads to a major increase in air pollution and ground-level smog. Vehicles using fossil fuels are the number one cause of air pollution in many urban areas with serious implications for public, wildlife and ecosystem health.

As more time is spent in cars and more traffic congestion occurs over a larger area, it contributes to the growing emissions of greenhouse gases and particulates, resulting in the continued degradation of air quality in urban areas.

Urban sprawl is the cause of water pollution as rainwater picks up gasoline, lawn chemicals, heavy metals, paints spills, motor oil, pet wastes, construction site erosion and other pollutants in runoff from lawns, driveways, roads and parking lots, which can eventually travel in large, concentrated amounts, polluting nearby water sources, such as a stream, river or lake.

Urban sprawl can create water distribution issues and lead to water over-consumption as more water is consumed for lawn watering and other landscape activities, which can strain and deplete local water supply systems. According to the EPA, “an American family of four can use 400 gallons of water per day, and about 30 percent of that is devoted to outdoor uses. More than half of that outdoor water is used for watering lawns and gardens.

Nationwide, landscape irrigation is estimated to account for almost one-third of all residential water use, totaling more than 7 billion gallons per day. Other residential outdoor uses include washing automobiles, maintaining swimming pools, and cleaning sidewalks and driveways.”

As communities are auto-dependent, we need to drive to schools, shops, parks, entertainment, playdates, etc. Thus people become more sedentary, making it more difficult for them to get physical activity and maintain a healthy weight. Residents of sprawling counties were likely to walk less during leisure time and weigh more than residents of compact counties.

A sedentary lifestyle increases the risk of overall mortality, cardiovascular disease, and some types of cancer. The effect of low physical fitness is comparable to that of hypertension, high cholesterol and diabetes.

Urban sprawl threatens productive farmland, transforms parks and open spaces into highways and strip malls and destroys more than one million acres of parks, farms and open space each year. The increased proximity and accessibility of urban activities to natural areas impose stress on ecosystems and species through the noise and air pollution. The natural habitats of wildlife are disappearing beneath the concrete, which is threatening important ecosystems around the world.

As urban areas spread out, trip times are lengthened, residents are forced to virtually drive everywhere like drive to schools, work, shops, parks, entertainment, play dates, etc., spending more time in their cars and trucks, and traffic congestion occurs over a larger area.

7. Increases Risk and Damage from Floods

Sprawling developments drain and destroy wetlands that absorb floodwaters, and can be built in floodplains, leads to a higher susceptibility to floodwaters. According to the Sierra Club, ” in the last eight years, floods in the United States killed more than 850 people and caused more than $89 billion in property damage. Much of this flooding occurred in places where weak zoning laws allowed developers to drain wetlands and build in floodplains.”

UN Department of economics and social affairs. (2001). The concept of urban growth. Retrieved from https://population.un.org/wup/Archive/Files/studies/United%20Nations%20(2001)%20-%20The%20Components%20of%20Urban%20Growth%20in%20Developing%20Countries.pdf