Generally, rivers are the main source of life because they provide fresh water, which is critical for survival of both flora and fauna. The uniqueness of rivers is that they provide homes to fishes, reptiles, mammals and amphibians. For this reason, the conservation of rivers is needed since the cycle of the ecosystem is dependent on it. However, there has been massive global pollution on rivers thereby causing a shift in the ecosystem. This has been caused by the increased pressure on the water bodies and the rapid increase in human population.

Moreover, the releases of toxic wastes from industries, urban centers, and agricultural pollution have saturated rivers with pollutants resulting in serious water problems such as the lack of clean drinking water. To get an idea of how expansive rivers are polluted, this article presents a list of the top 11 most polluted rivers around the world as of 2020. 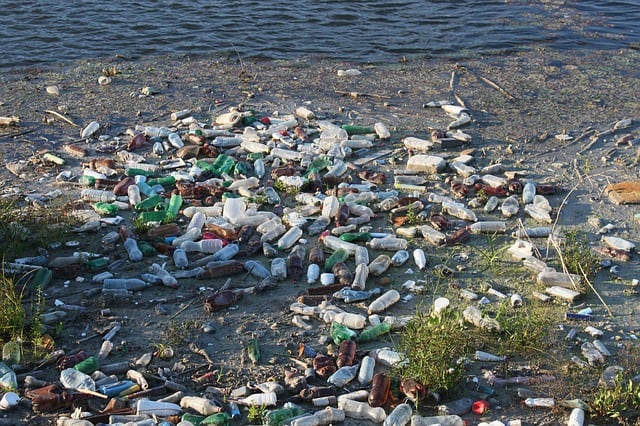 The Ganges is the most sacred river in India. The Hindus believe that the river cleanse people clear from their sins. It is the third largest river in the world with a consumption base of over two billion people. The ever increasing pressure on the river has led to dumping of raw sewage into the river leading to its massive pollution.

Due to the combination of chemicals in the river, water used for basic uses such as drinking or cooking leads to the spread of waterborne diseases. The river has a layer of floating plastics and other wastes which provide a poor image of the holy river. In addition, there are wastes which come from performances of religious rituals.

The Citarum is arguably one of the most polluted rivers in the world. Like the Ganges, it serves a big population. Indonesia, the home of the Citarum, may not be as populous as India or China but it is still in the top league with a population of over 200 million. The river flows in an area where there are heavy human settlements coupled with a number of factories.

The industrial wastes have led to an increase in the mercury levels of the water far above the legal level. The river is dirty and polluted from the source, all the way to the outlets. Unfortunately, both entities use the Citarum as a dumping side rendering it polluted. Since the river serves a large population, the residents are forced to use the water source despite its state. However, the river has continually robbed the country of people with over 50,000 deaths annually.

China is the fastest growing economy and this is attributed to its rapid industrialization. The Yellow River has yellow sediment ‘loess’ which attributes to its yellow colour. This river is home to industrial waste from various industries including chemical factories rendering the water too toxic even for agriculture. More specifically, the coal mining industry releases a lot of waste back to the river after using water from the same river to run its operations.

Nevertheless, people are still dependent on the river for drinking water. It is because of this that the area around the river has seen a rise in the occurrence of waterborne diseases, cancer and birth defects. Most recently, there are efforts to dissuade people from drinking the water from this river since it is unsafe for human or animal consumption.

This is arguably the most polluted river in the European continent. The river that flows in Italy has overtime become a poison to the residents. The source of the river is clean and safe for drinking. Nonetheless, its flow is faced with releases from industries and agriculture leading to a polluted river downstream.

The toxicity of the river has caused an alarming increase in liver cancer cases in the area. What is more, the river easily floods leading to mudslides and toxicity in the earth. Poor waste treatment control has led to the increased pollution of the Sarno.

This river is a source of life for millions of Bangladesh residents. It is also a major economic resource for the country since it is the biggest river in the country. The river is mainly polluted by the tanneries which boarder the river. Also, there has been a lot of human waste in the river. There are a lot of floating waste materials in the river such as plastics and dead animals. This has contaminated the water and rendered the discharge so intense that the river has turned black. Consequently, the aquatic life of the river has since died.

This river is home to millions of Philippine residents who use the water for drinking and also for irrigation. The pollution of the river is mostly from wastes from tanneries, dumping and gold refineries. The dumping of non-recyclable materials such as plastic bottles are present on the surface of water. In addition to this, the water has rocks bearing heavy metals, which pose a health hazard to the residents.

The river, like the Sarno, is prone to flooding which brings the wastes to the land thus leading to soil degradation. The pollution of the water is detrimental to the fish industries in Philippines since toxic metals such as lead contribute to the death of aquaculture.

The Mississippi is one of the longest rivers in the world. As such, it serves millions of US residents. The river is brown in color owing to the constant release of waste into the river. The marine life in the river has reduced alarmingly due to various oil spillages in the past. More waste comes from industries and farmers who use harmful chemicals and release them into the river. The river has a high level of nitrogen-based fertilizer run-off, which instead of leaching in the soil, upsets the food chain and reduce the oxygen levels in the waters thus death of aquatic life. The major pollutants are benzene, mercury and arsenic.

The source of the river is clean and fit for human consumption. However, as the river flows, it increases in toxicity due to the many wastes disposal. This has caused the increase in the salinity of the water. Most of the pollution comes from the refugee crisis of the country coupled with the increase in population, both local and international.

The river is based in Argentina and is arguably the most polluted river in South America. The presence of industries around the river has not made any cleaning easier. The reason for this is that there are millions of tons of sewage released into the river on a daily basis.

Also, there are heavy metals in the river such as mercury and lead, which lead to the high cases of cancer. These have come to existence due to the release from chemical industries. Further, the river, also known as Slaughterhouse River, is home to wastes from slaughterhouses and tanneries, which are rampant along the river. Due to this, the river has a foul smell.

READ  31+ Stunning Ways to Save the Environment from Destruction

This is the second most polluted river in India after the Ganges. It boasts it source as the Himalayas but the river gets more polluted as it moves. The major issue is the poor management of raw sewage by the Indian government. There are few functional sewage plants in the city of New Delhi, which dampens the glory of the big capital city.

Further, agricultural and industrial wastes have also played a role in the pollution of the Yamuna. The river has been polluted too much that the establishment of water treatment might not reduce the level of toxicity in the river. More to this, unlike normal water with a pH of 7, the pH level of the Yamuna is 11. This has been caused by traces of poison in the water thus, the pH.

Like the yellow river, the Yangtze River is also found in China. The rapid industrialization in the country has had its toll on the river which receives a lot of the release. As a result, there has been a growth in algae through eutrophication. There are many negative effects of this, including the death of aquatic life since there is minimal source of oxygen in the water.